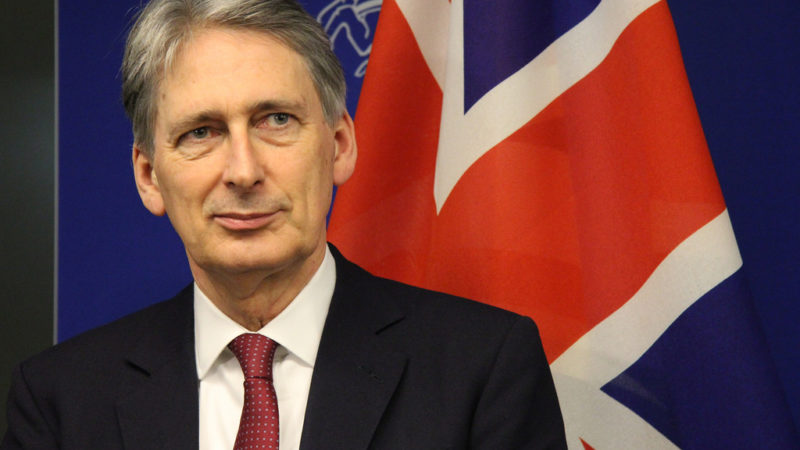 Chancellor Philip Hammond had little room to manoeuvre and desperately tried to deliver some good news.

The Chancellor admitted that economic growth will be 2.1 per cent in 2016 and 1.4 per cent in 2017, largely due to Brexit uncertainties and plunging value of the pound.

If the past record is anything to go by even this is unlikely to be met. The Office for Budget Responsibility has confirmed that the Chancellor has failed to hit any of George Osborne’s old targets. But this has not resulted in any new economic strategy.

National debt will peak to nearly 90 per cent of GDP, the highest in the last 50 years. Government will need to borrow more.

Tax receipts are below expectations but this has not stopped the government from confirming that corporation tax rate will decline from 20 per cent to 17 per cent in 2020, effectively a handout to shareholders.

Sainsbury’s former boss has said price rises averaging five per cent are imminent and there is little relief for household budgets. Some six million workers receive less than the national living wage.

The Living Wage Foundation estimates that this needs to be at least £7.95 per hour, but the Chancellor will only raise it to £7.50. The household budgets will be further squeezed as the insurance premium tax will rise from ten per cent to 12 per cent.

The OECD urges government sot spend two per cent of GDP in research and development, the government will restrict it to 1.8 per cent. About one per cent of GDP will go into new infrastructure investment, well below that of UK competitors.

Some 40,000 new houses are promised but that will do little. £1.1 billion is to be spent on new road networks but no new money to fix potholes. Local councils will bear the burden of transport and social care costs and in due course council tax will need to rise.

The Chancellor promised the customary attack on organised tax avoidance, but did not explain why previous efforts did not deliver. There are no additional funds for HMRC.

Theresa May’s government promised a new economic dawn and policies to cope with Brexit, but there is little to suggest any new thinking.

See: Austerity has failed – the Autumn Statement should (but won’t) reflect that