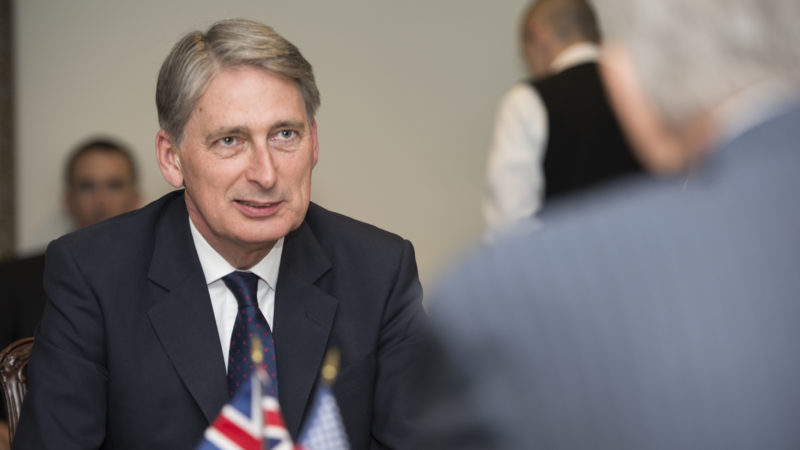 Government austerity policies have failed to deliver the promised economic growth or reduction in the public debt. With the additional uncertainties caused by Brexit and the election of Donald Trump as US President, the new chancellor’s Autumn Statement on 23 November is an opportunity to reshape fiscal policy. Will he take it?

The key characteristics of a good fiscal policy should be to facilitate economic prosperity and happiness of citizens. This requires attention to three interrelated issues

The latest government statistics put that share at 49.7 per cent — compared to 65.1 per cent in 1976 — but even this does not tell the full story.

The gap between executive pay and that received by the average worker has tripled, from around 50x in the late 1990s to around 150x today.  Approximately 11.6 million people live below the minimum income standard, which means they cannot to provide an ‘adequate’ standard of life for themselves and their families.

Poverty is experienced by many in full-time employment. Thousands of people are relying on food banks.  With household debt standing at around £1.5 trillion, ordinary people’s capacity to stimulate the economy through continuous consumption is exhausted. Yet again, we see that trickle-down economics does not work.

The UK’s richest one per cent have amassed 20 times more wealth than the poorest 13 million people. House prices are beyond the reach of many and renting costs are outstripping wage rises.

The average citizen spends a higher proportion of his/her income on everyday goods and services and has a considerable positive effect on the local economy compared to the rich whose wealth helps to create a bubble economy. So the government needs policies that help people on lower and middle incomes.

This can be in the form of a higher living wage, higher state pension, higher income tax thresholds and breaks for childcare. It needs to be accompanied by wages councils and employees on company boards to ensure that workers receive an equitable share of wealth as without this they cannot buy goods/services produced by companies.

Secondly, the government needs to invest in infrastructure and new industries to provide long-term economic growth. The UK has historically been a mixed economy and state has been a key player in reviving or building auto, airline, computers, telecommunications engineering, gas, water, electricity, transport and other industries. The current austerity policies have not been accompanied by adequate investment in infrastructure to provide long-term growth and stability.

People are the biggest asset of the country and unlocking their skills and innovative capacities is a key to a brighter future. Yet this is hindered by fees for attending universities and colleges, and lack of industrial apprenticeships.

Record low interest rates should encourage the government to borrow and invest directly in people, infrastructure and new industries. But for ideological reasons government prefers the private sector to invest and pays over the odds for investment. French company EDF and Chinese money will build the new nuclear power plant at Hinkley Point to generate extremely expensive electricity which will saddle industry and households with higher bills.

The aversion to borrowing to invest has resulted in the Private Finance Initiative saddling schools, hospitals and local councils with exorbitant costs. Some £57 billion of investment will require payment of £307 billion to corporations.

The resources for the new fiscal policy can be raised by raising corporation tax, increasing the marginal rate of income tax for those earning more than £150,000 a year and a clamping down on organised tax avoidance. The government should broaden the tax base by levying a modest rate of tax on speculative financial transactions. No amount of progressive income tax is going to make a serious dent in inherited wealth which is the basis of the power exercised by elites. So the government should introduce a graduated wealth tax.

Thirdly, focused government expenditure can stimulate the economy, but the government has little idea of the value it obtains. There are around 1,140 tax reliefs or special tax concessions worth more than £117 billion to corporations and the government rarely monitors the economic outcomes.

The Public Accounts Committee said that ‘HMRC and HM Treasury often show a worrying lack of curiosity about the cost of tax reliefs. The costs of R&D tax relief increased from around £100 million in 2001 to over one billion in 2011-12, whilst the actual amount of business expenditure on R&D stayed more or less the same’.

Tax reliefs have been supplemented by a vast corporate welfare programme. Subsidies boost profits of railway, electricity, oil, farming, property,  banks, movies, motor racing and many other industries. There may well be a case for tax breaks and subsidies to achieve sustainable economic growth, but most line the pockets of the few and have failed to stimulate the economy.

Will the Chancellor chart a new economic course for Britain? Probably not because class warfare disguised as austerity politics has become deeply ingrained in the government’s ideology.

At best, he may announce some minor public projects but that won’t deliver sustainable growth or happiness to large sections of society.