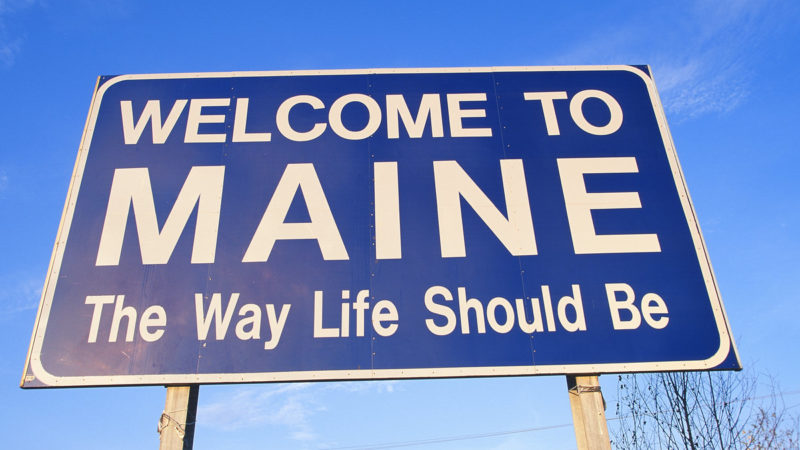 As the world analyses the result of the US presidential election, there’s one result you might have missed.

On Tuesday, one state made a symbolic breakthrough: Maine became the first US state to scrap First Past the Post.

The northern New England state passed an initiative to introduce ‘ranked voting’ – the Alternative Vote system that allows people to pick candidates by order of preference.

With 98 per cent of precinct results in, it looks like Maine citizens have backed reform by 52 to 48 per cent.

‘Question 5’ was put forward by the Committee for Ranked Choice Voting and backed by FairVote.

Ranked voting is already used in San Francisco and Portland, and has helped to seed the idea of electoral reform among the public, but this is the first successful statewide effort for a fairer voting system. So far, that is.

It means that Maine is set to adopt AV for all its 2018 elections for the U.S. Senate, U.S. House, the governor and the state legislature, following a series of elections where governors and other individuals have repeatedly won on under 50 per cent of the popular vote.

There’s more good news. Benton County, Oregon, has also voted to adopt ranked choice voting in what the campaign described as a ‘landslide’, while four California cities used it last night for their mayoral and city council elections.

And it could be a springboard for further reform pushes across the country. Indeed, FairVote have just launched FairVote California – one of the largest states – so that could be the place to watch next.

Kye Bailey, who ran the campaign in Maine, said:

“Voters are feeling like they have to vote strategically for the lesser of two evils, and this system gives voters more choice and more voice.”

Will Brett, Head of Campaignsat FairVote, was there for the campaign, and reports that ‘The messaging was clean, simple and effective’. ‘More voice, more choice.’ It clearly went down well.

FairVote has backed the push for ranked voting in Maine and elsewhere while continuing to campaign for proportional voting in state legislatures and Congress. We look forward to following the next steps in the US-wide push for fair votes.

Katie Ghose is a member of FairVote‘s Board

See: How Trump won the presidency despite getting fewer votes than Clinton