Since 2011, Spain has let the Russians refuel at Ceuta about 60 times 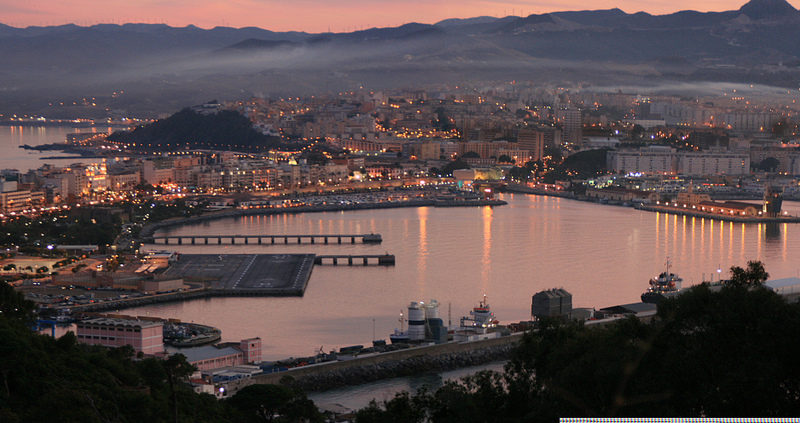 Last week’s EU summit must have been an international conference for stand-up comedians. Or at least that’s what the Spanish delegation must’ve thought. There’s not other explanation. Today, Spain’s actions are brazenly contradicting all the leaders’ lofty statements on Russia.

Spain was going to allow Russian warships to refuel in Ceuta (African soil, but EU territory), although Russia has now withdrawn the request amid international outcry.

Since 2011 Spain has let the Russians refuel about 60 times. The local economy in Ceuta thrives on this; but that’s about the only positive aspect. No wonder Bashar al-Assad is on a winning streak.

NATO general secretary Jens Stoltenberg has affirmed time and time again that this group of Russian carriers will in all likelihood take part in the final siege of Aleppo. The EU has condemned all this very firmly.

So, why is one of the union’s heavyweights – Spain is the fourth largest economy of the eurozone – playing dumb? Anything to do with the country’s political instability (likely to end on Sunday)? Is it really that simple?

Or is Madrid more interested in keeping a firm foothold in Africa, allowing the shaky economies of Ceuta and Melilla to resort to anything (Russian spending) to avoid uprisings? Let’s not forget that more and more Arabs come and live in the two enclaves, adapting as best as they can, learning Spanish – a phenomenon currently occurring about everywhere in Western Europe.

This is also causing anxiety, a reasonable reaction in the context of two isolated towns, which are geographically disconnected from mainland Spain as well as from one another.

Keeping the towns under Spanish rule is an understandable – and even legitimate – goal. But surely there are other ways of keeping their local economies afloat. Like sticking to EU resolutions and demand more funding from it, for example.

This time, however, authorising the Russian Navy to refuel and buy food raised much controversy. The leader of the liberals in the European Parliament, Guy Verhofstadt, sent a tweet claiming that Spain signed the EU statement on the war crimes perpetrated by Russia in Aleppo last week, whereas today it helps the fleet on their way to commit more atrocities. ‘Seriously?,’ he added.

That being said, it’s perhaps worth taking a look at the EU’s overall conduct as well. This week the EU Parliament will discuss the general 2017/18 budget; if it’s agreed, military research will be subsidised for the very first time. R&D in this field could then cost up to €3.5bn between now and 2027. Or more.

‘Do we want a social Europe that invests in people and peace, or do we want one that focuses on arms, militarism and war?,’ the spokesperson for Campaign Against Arms Trade Andrew Smith asked.

“The EU was envisaged as a peace project. The European Parliament stood up for those values this February, when it voted to support an arms embargo against Saudi Arabia due to its devastating bombardment of Yemen. The EU should be investing in jobs and research projects that promote sustainable industries and contribute to the prevention of conflicts.”

Perhaps it’s no wonder Spain’s governments acts this way with regard to the Russian Navy. Everyone is looking after their own narrow interests these days.

Including the EU, looking ever more like a warren of lobbyists and much less like an international platform for the common good of friendly sovereign nations.

3 Responses to “Why was Spain prepared to let Russian tankers refuel on its territory?”