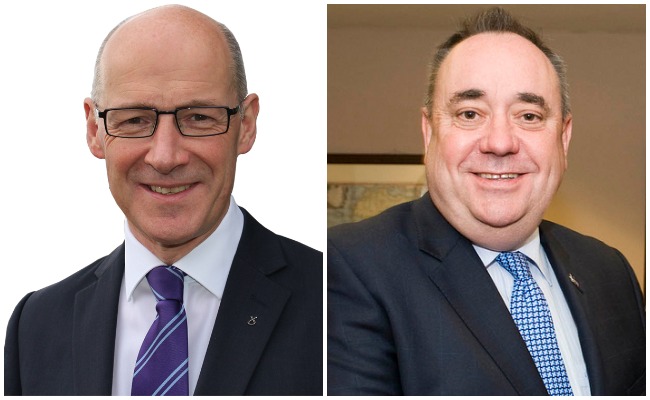 Amid the broken promises of the Leave campaign, Nicola Sturgeon will have been red-faced after two senior SNP members contradicted each other about potential future powers for Holyrood once the UK leaves the European Union.

During the EU referendum, Vote Leave promised extra powers for the Scottish government and parliament if the UK voted to leave. Speaking in April, the director of Vote Leave in Scotland, Tom Harris, himself a former Labour MP and minister, declared that:

“Major new powers – particularly in fishing and agriculture – would automatically be devolved to Holyrood, not Westminster, in the event of the UK voting to leave the EU.

Any repatriated power that isn’t already explicitly denoted as ‘reserved’ in the Scotland Act 1998 is assumed to be the remit of the Scottish Parliament.”

His comments were slapped down by Scotland’s Deputy First Minister, John Swinney, who argued that

“leaving the EU does not mean extra powers would be transferred to the Scottish Parliament – the powers would go straight back from Brussels to Westminster, who would have absolutely no obligation to devolve anything.”

According to the Herald newspaper, Salmond used an event at Westminster to state that “everything is devolved to Scotland unless it is reserved”.

The spat will be unlikely to go down well with Nicola Sturgeon as she prepares to visit London next week to make her case for extra powers for Holyrood.

Conservative MSP, Alex Johnstone has attacked the SNP, which, he said had “form for saying one thing before a referendum, only for the truth afterwards to turn out completely differently.”

A spokesperson for Scotland’s Brexit Minister, Mike Russell, has said:

“We warned during the referendum campaign that Tory and Leave campaign promises of new powers after Brexit – such as Michael Gove’s suggestion Holyrood would gain control of immigration – were highly unlikely to be matched by the reality.

And while we would expect all matters not expressly reserved by the Scotland Act to be devolved, the UK government should provide clarity on that point.”