The bill may let the government change law without consulting parliament 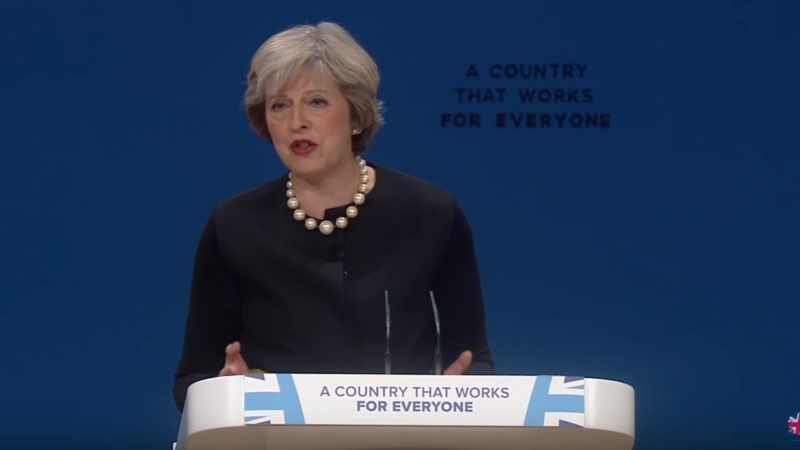 Theresa May’s Great Repeal Bill could amount to a government ‘power grab’ if it goes ahead as planned, according to a leading constitutional academic.

The Bill could give the government sweeping powers to amend or remove swathes of previously European legislation without needing a Parliamentary vote, the LSE’s Dr Jo Murkens has claimed.

The Bill, announced by the Prime Minister at Conservative Party conference earlier this month, will scrap the European Communities Act and incorporate all EU law onto the British statute book – with a view to repealing or amending a lot of it.

But in an article for the LSE’s Brexit site, Dr Jo Murkens, Associate Professor in the Department of Law at the LSE, says the Bill is expected to include a ‘Henry VIII Clause’ – a line that will allow the government to change any of the newly-incorporated EU legislation without a Parliamentary vote.

That could include anything from employment rights to environmental protections.

Far from ‘taking back control’ for Parliament, the move would in Murkens’ view damage sovereignty, by extending the use of such clauses far beyond their already-stretched current usage. It could give the PM sweeping new powers over European legislation that would previously have been passed by elected MEPs.

“Parliament simply would not have the time to manage the manifold repeals or amendments of EU law that would be desired, so much of this will presumably fall to the Executive.”

The government has admitted it plans on inserting a so-called ‘Henry VIII clause’, with the Department for Exiting the EU stating –

“The Repeal Bill will include powers for ministers to make some changes by secondary legislation, giving the Government the flexibility to take account of the negotiations with the EU as they proceed.”

There’s a lot of flexibility in that word ‘some’.

However, the author also points out two other potential side effects of the Bill.

Firstly, the final Act ‘will immediately collapse the distinction between EU law and national law’ – meaning EU constitutional principles will actually become part of British law for the first time.

That includes, for example, the principle of ‘proportionality’ – the idea that the punishment should fit the crime – a major change to the UK judicial system. Murkens says ‘The impact on the domestic constitution will be immeasurable’

Secondly, the EU Court of Justice’s powers will be extended over UK law: ‘the Charter of Fundamental Rights of the EU was given full legal effect by the Treaty of Lisbon 2009. After Brexit, it will automatically take on full legal effect in UK law – [but] the negotiated British protocol, which ensures that the Charter does not extend the powers of the Court of Justice of the EU over United Kingdom law, will be redundant.’ So the Bill may actually boost the power of the ECJ – at least for the time being.

Murkens also points out an unforeseen consequence of the government insisting that Article 50 can be triggered solely by the PM: it has effectively made the Supreme Court a constitutional court, something previously alien to British democracy.

Referring to the current crowdfunded judicial challenge to May’s Brexit plans, Murkens notes: ‘Whichever way the court decides the case will be wrong, because the court should never have heard the case in the first place. The UK does not tend to litigate the meaning of its constitution.’

Murkens’ ends his analysis with a withering sign-off:

“The Great Repeal Bill and the Article 50 litigation illustrate how the UK constitution is being transformed, more by accident than by design. Leavers were promised ‘sovereignty’ and ‘control’. But Parliament now finds itself side-lined by the government, in hock to an advisory referendum, and supinely awaiting a judicial decision it had the power to avert.”