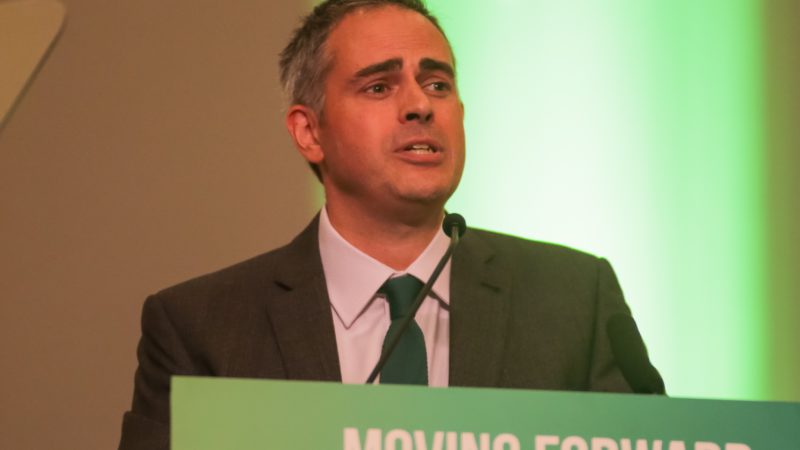 I wasn’t expecting my first public event after I became one of the Green Party’s new co-leaders to have me in tears.

But as I got up to speak in Committee Room 21, I found I couldn’t stop the water rolling down my cheeks, having heard person after person tell their stories about the terrible toll that the closure of the Independent Living Fund was taking on them.

One spoke about how she was told to wear incontinence pads, because there was no longer funding for someone to support her going to the toilet. Another how she now had to line up six cups of water by her bed before she went to sleep, because she would have to stay there so long before someone came to help her up.

This is 2016. It could have been 1916. Disabled people are becoming prisoners in their own homes, because of an entirely unnecessary and pernicious ideological assault on our welfare state.

People are suffering and, in the most horrifying of cases, dying after the support that they once relied upon is being removed through sanctions and draconian cuts at both the national and local level.

They are being certified as ‘fit for work’ when they clearly aren’t. This government is weaponising welfare against those least able to defend themselves.

In the 2015 general election I challenged Iain Duncan Smith about the suicides of benefit claimants during a television debate on welfare. He denied that his department was investigating any. His falsehood was later exposed.

On Wednesday, I joined disabled people outside Downing Street where they read out the names of around 100 people who had died. What was striking was that many of the people there knew the people who had died personally. They were there to bear witness to what had happened to their friends, their children and their allies.

It has got to the point where the UN Committee on Economic, Social and Cultural Rights has condemned the regressive nature of UK government policies such as the Bedroom Tax and Universal Credit as breaching the UK’s international human rights obligations.

But the point at which the tears began to roll freely down my face two days before, was when those present talked about the future for disabled children like my own.

Many of those present knew the international fight over decades that they had to wage in order to get basic rights. Rights which are now being rolled back – and which will continue to be. Disabled people know all too well what post-Brexit Britain might look like under this government.

It was little surprise therefore to see those men and women from Disabled People Against Cuts make their way on Wednesday from Downing Street, up to Westminster Bridge. There they proceeded to block the road and bring the traffic to a standstill.

They were risking arrest because they can’t see any other options available to them. And they would no doubt do it again for the sake of not just themselves, but the next generation.

But as well as coming together as a social movement, we need to come together as an effective opposition. Now is not the time to be fighting among ourselves, but fighting for those who need us.

Bold ideas aren’t going to deliver change on their own. Disabled people, and many others who are suffering in this new age of insecurity, need united support.

Back in committee room 21, Shadow Chancellor John McDonnell arrived. And so I asked him if he would write to Labour-led councils to ringfence former Independent Living Fund money for the disabled.  He agreed – and let’s hope Labour councils take action.

The time has surely come to stand together.

Jonathan Bartley is co-leader of the Green Party

See: Housing benefit cap will cut or close 85 per cent of women’s shelters

6 Responses to “Welfare is being weaponised against the disabled, says Green Party co-leader”