Jeremy Corbyn has already thrown in the towel on Europe 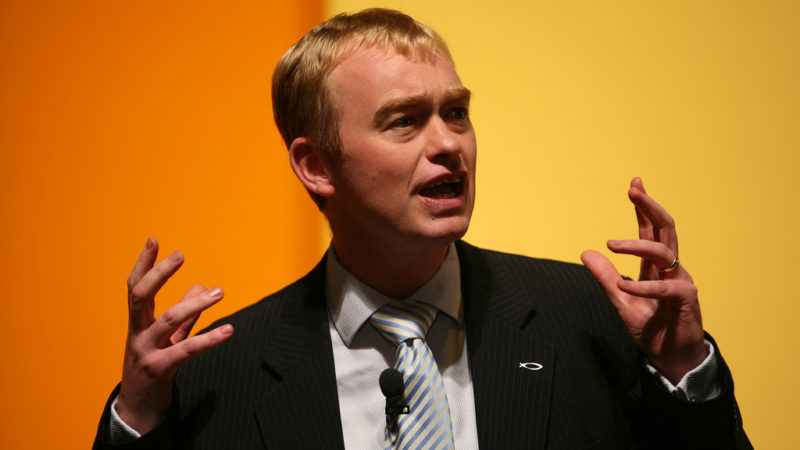 Three months on from the EU referendum, the country is now faced with a Tory Brexit government, a deeply divided Labour party and huge uncertainty over our future.

There has never been a more important time for moderate progressives to work together and fight for what we believe in. The Liberal Democrats put our life and soul into the referendum campaign, making the positive and passionate case for Europe while Cameron and Osborne resorted to fearmongering and dry economic statistics.

Now we are determined to lead the way by setting out a clear and comprehensive plan for what should come next.

First, we need to understand to why so many people voted Leave. I recently visited my hometown of Preston to meet with local residents, a large majority of whom voted for Brexit. Like millions of people up and down the country, they saw the EU referendum as an opportunity to give the establishment a kicking, and they took it.

But the problems these communities face — low wages, poor housing, overstretched hospitals and schools — have nothing to do with the EU. They are the result of a political elite that has spent decades neglecting them, chasing cheap headlines instead of acting in the long-term interests of the whole country.

So the first task ahead is to tackle head-on the things about today’s Britain that have left so many people feeling ignored. That means providing a strong opposition and putting forward bold, radical and workable policies to fix our NHS, improve our education system and build a more equal society.

The choices made will have a huge impact on our economy, security and freedom to live and travel abroad. It would be utterly undemocratic for a deal to be stitched up by bureaucrats on both sides of the channel without the British people being consulted.

In the meantime, the Liberal Democrats will hold this Conservative Brexit Government to account and fight for the best possible deal for Britain. That means campaigning to remain part of the Single Market that is so vital to our economy, defending freedom of movement and the right for EU citizens here to stay, and demanding that vital cooperation on scientific research, policing and protecting the environment continues.

Jeremy Corbyn has already thrown in the towel on Europe. He didn’t make an effort to keep us in the EU during the referendum campaign, now he has made clear he won’t fight for our membership of the Single Market. The stark reality is that under his leadership, Labour is becoming more interested in feeling good rather than doing good.

The Corbyn crowd like to talk in terms of loyalty and betrayal. But there is no surer way to betray the people you represent — the vulnerable, the poor and the downtrodden — than letting your opponents win.

Britain needs a strong, decent and united opposition, and the Liberal Democrats are determined to provide it. My message to all pro-European progressives is clear: Jeremy Corbyn is not on your side. There is only one rallying point for those who believe in the politics of reason, of evidence, and of moderation, and that is the Liberal Democrats.

So join us today, as we hold this Tory Brexit government to account, and stand up for a Britain that’s open, tolerant and united.

Tim Farron is Leader of the Liberal Democrats

5 Responses to “Tim Farron: Progressives must work together to hold this Brexit government to account”