Faced with losing its single market access, Switzerland has backed down on immigration quotas 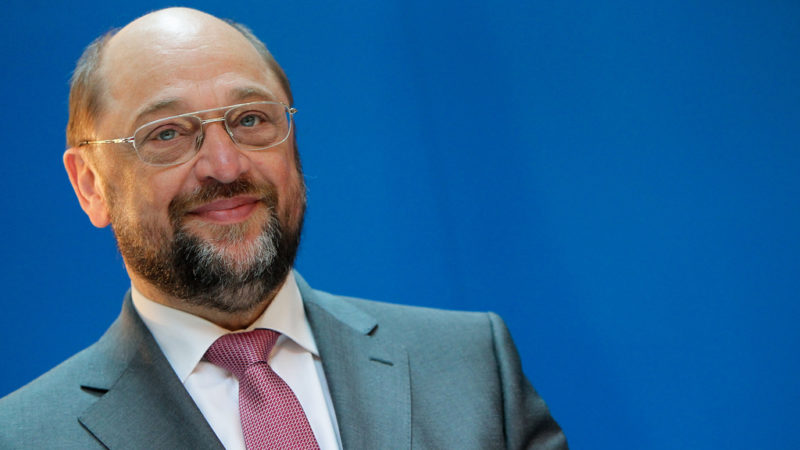 EU President Martin Schulz is meeting with Theresa May today

Two years after its people voted against mass immigration in a nationwide referendum, Switzerland has all but caved in the face of EU intransigence on freedom of movement.

While parliamentarians yesterday approved legislation that would allow for local preference in hiring, it’s a far smaller concession than those who voted for immigration quotas envisioned.

However, throughout negotiations the EU made it clear that any restrictions of freedom of movement would cost Switzerland its enhanced access to the European single market, and the Swiss gave in.

‘We cannot set a precedent on free movement, especially not now, given the UK situation,’ an EU diplomat told the Guardian. ‘We can’t have caps or quotas or emergency brakes and single market access. The Swiss have taken a decision and it has certain consequences. They will have to find their own way out.’

The message to the UK couldn’t be clearer: the EU is absolutely unwilling to compromise on freedom of movement, no matter how many Leave campaigners or Tory ministers suggest otherwise.

Martin Schulz, president of the European Parliament, reiterated this message ahead of his meeting with Theresa May this afternoon. While he committed to a deal that is ‘good for all sides’ he also insisted that ‘the four freedoms of the single market — goods, capital, services and persons —are equally important.’

Ahead of the referendum, Leave campaigners lied to voters about the inevitability of this negotiating stance. Now politicians from both left and right are continuing the deceit — leading voters to believe that if Britain takes a tough enough negotiating stance that the EU will back down.

The EU is not for turning — the Swiss learned that the hard way, now Britain must change tack.