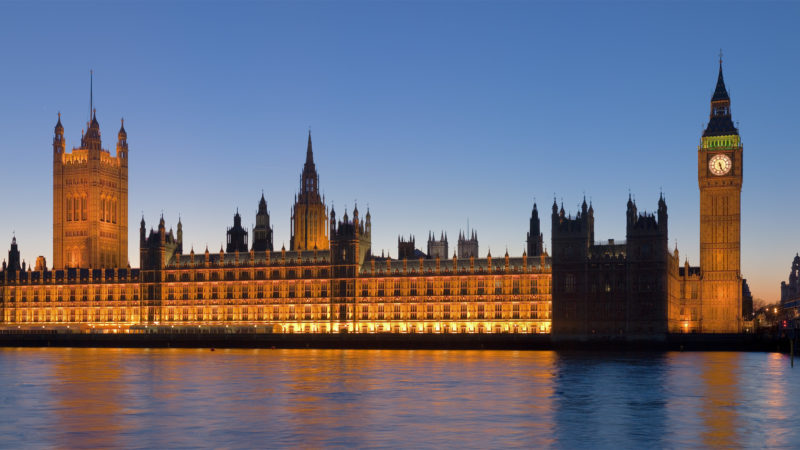 Left Foot Forward is giving four free copies of The Alternative, a new book of essays on progressive cooperation. Click here to subscribe to our email list and be in with a chance to win. Winners will be announced on 9 September.

Following the election of a majority Conservative government in 2015 many of us despaired about the devastating impact this would have on our country.

We have seen them move with slick statecraft to attack all routes of democratic opposition — whether this is via near-gerrymandering of constituencies, or cutting funding to (rival) political parties.

It is clear that we have a government that is not committed to a genuinely healthy democracy. They are not working on behalf of the people of this country but on behalf of a narrow range of vested interests. Our democracy is broken and rather than trying to fix it this government is exploiting the opportunity for their own selfish ends.

They are so far from allowing citizens to ‘take control’, it’s breathtaking. So as ‘progressives’ in this country, we need to ask ourselves how can we find a realistic space for positive change?

At a time when we are facing multiple crises of inequality, financial instability and ecological devastation, how can we find a route to a more positive future that could offer hope to the majority of citizens when our electoral system enables one party to control so much power with a minority of the votes cast? Just 24% of the electorate voted for the Tories in 2015.

Our primary target for change has to be our archaic and unrepresentative electoral system. In the 2015 general election the Green Party received one million votes but only one parliamentary seat. By contrast the Scottish National Party received 1.5 million votes and 56 seats. This is the logic of first-past-the-post.

In an era of two dominant parties it could just about be justified, but as voters move into a multi-party future, the system entrenches political stasis and blocks progressive change.

Now look across the water. The most striking example of a country that has benefited from Greens in power is Germany, which, of course, has a proportional representation electoral system.

Its industries are successful because Greens in government encouraged them to move into the new era of low carbon energy production before other European countries. Germany has turned its back on the dying nuclear age and is rapidly phasing out fossil fuels. Germany is the economy in Europe that is benefiting most from the energy transition that dangerous climate change requires of us all. It is Greens in government who enabled this process.

So how can we find our way to the Red-Green government that this country would benefit from? And to changing our unacceptable electoral system, at last? It is in this context that the Green House thinktank has put together a set of essays addressing the pros (and cons) of a ‘progressive alliance’ and starting to think through how this concept could actually be implemented.

It seems to us that the Green Party — together with Plaid Cymru, the SNP, the LibDems, and of course Labour — must take the question guiding this collection of essays seriously.

In the interests of a revitalised democracy that better represents the way people of the UK vote, we challenge them all to respond to this vision of a progressive alliance. Not doing so would probably condemn us all to another Tory Government. Worse still, it is undermining public confidence in our democracy.

The 450 safe parliamentary seats, in the pockets of the two-party machine, are allowing MPs to drift further from those they represent. The conflict between a multi-party electorate and a two-party electoral system is an intolerable and growing stress on our political system. The risks of continuing with the status quo are great.

As the referendum debate showed, disillusion with what is rhetorically referred to as the ‘political elite’ is at an all-time high. This is being exploited by forces of the far right who used the referendum to shake the foundations of our political system and threaten the existence of our parliamentary democracy.

By showcasing a serious discussion on the idea of a progressive alliance, we hope to move it further up the political agenda.

We want to demonstrate what many of us in Green House and in the Green Party passionately believe: that Green straight-talking and a willingness to be pluralistic might yet change British politics permanently for the better.

Rupert Read is a former Norwich Green Party Councillor, and stood for the Green Party in Cambridge in 2015. He chairs Green House.