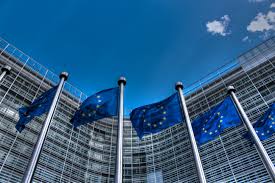 The European Union is on a big mission: establishing itself as an entity like none before.

But it’s not taking off: it has no epic narrative to tell and no heroes to speak of.

People are not buying in — EU technocrats buckle down to produce stats and regurgitate charts, but have no idea how to tell us the stories we need to hear.

Despite feeling bloated after gobbling up half of Europe in a rush, the bamboozled EU elites now toy with the idea of admitting Turkey, as if Brexit wasn’t a lesson worth listening to.

The EU is at a crossroads: either it goes bust or it rebuilds itself with the aid of a good story to tell.

So, what other missions can be dug up from history and compared to the EU’s? Perhaps the (re)discovery of the Americas (1492) and the first trip to the moon (1969). In opposite ways, they both highlight the EU’s lack of an engaging narrative.

Many don’t get what the EU is about, or how it can help them. Worse, lots of Europeans think the EU is a big waste of money. Most Welsh people are convinced of this, despite Cardiff raking in wheelbarrows of freshly minted euros as we speak.

The first man on the moon was a huge historical fact. But why weren’t Italians, my countrymen – and I strongly suspect other nations too – all that much taken up by it? The press made a big thing out of it, but conquering the Earth’s satellite intrigued the man in the street for a little while and then no more.

The moon story wasn’t a compelling one. Why? The lunar enterprise was carried out by a centralised power; the astronauts were the exceptionally trained robots delivering it. The Soviet Union’s space endeavours were just the same – imposed from the top down.

In the aftermath of the first trip to the moon, the Italian media did the easy thing and likened the episode to the discovery of the Americas almost 500 years before. A shrewd tactic to sell copies by stimulating an irrational sense of pride.

Christopher Columbus is seen by Italians as a national hero. The disassociation between the ferocious Spanish monarchy (the financing power) and the great human effort – Columbus’s – wasn’t a difficult one for the Italian collective imagination to establish.

The discovery of the Americas is popularly seen as a magical event, made possible by a hero – truly epic. The trip to the moon, conversely, was perceived as a massive technological effort, coldly delivered by machines and machine-like humans, working in unison following the orders of a faceless power.

The EU’s mission looks more like the latter, anonymous and metalloid – any brave, Columbus-like individuals in Brussels? (A mercenary captain and a greedy empire didn’t overshadow a story too good to be ignored.)

My proposal is this: let’s have men and women up there, in charge of the EU, with a talent for storytelling. Natural leaders.

We could start by putting countries loosely together according to geographical proximity and cultural affinities: the Mediterranean; Germany and Austria; France, Belgium and Luxembourg; the Netherlands, Ireland (perhaps Scotland?) and Scandinavia; two eastern European groups, north and south.

The aim of these macro-regions would be to elect an EU representative for each. Six ‘strong’ personalities, equal EU leaders talking to one another and each to the heart of their own sovereign nations. No-one else over them. No EU parliament: national parliaments would suffice to deliver at EU level and reassuringly keep sovereign nationality intact.

Micro-EUs – the user-friendly interfaces of the EU – would talk in plain language to people watching the news.

Meanwhile, the Brussels theatre risks being deserted like the moon. The representatives of sixty-five million Europeans are already heading for the exit; a bored-stiff audience at the interval of a tedious play.

All numbers and no drama – the EU in a nutshell.

Alessio Colonnelli has written for The Independent, Open Democracy and the LSE blog Euro Crisis in the Press