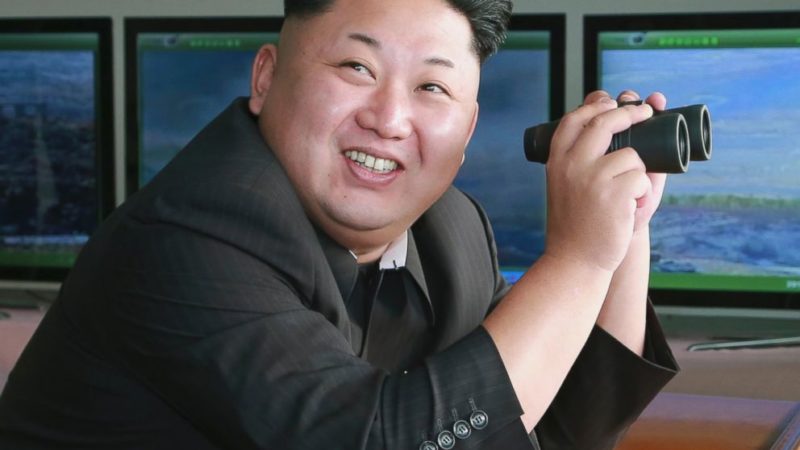 Last night’s Dispatches documentary on Channel 4 drew viewers in with the intriguing question, ‘Brexit: Who’ll Do Your Job Now?’, before focussing on a less speculative matter: the trafficking of enslaved North Korean citizens to the European Union.

Trafficking – the movement of people for the purposes of forced labour – is still widespread across the world for a number of reasons, not least because in many places, such as Saudi Arabia, Qatar and United Arab Emirates, it is still effectively legal.

This is nowhere more clearly the case than with North Korea. Along with Uzbekistan and Tajikistan, state-sponsored forced labour is used by North Korea to sustain the privilege and power of that country’s elite.

Slavery has long been intrinsic to the North Korean state. Forced labour in its prison camps has been well documented, including a 2007 report by Anti-Slavery International.

The 2015 United States Trafficking in Persons Report identified how China’s failure to uphold its own human rights obligations under international law compounded the situation, noting:

The government detained and deported such refugees to North Korea, where they may face severe punishment, even death, including in North Korean forced labour camps.’

All of this is contrary to China’s obligations to protect victims of trafficking under the Palermo Protocol of which it is a signatory.

China’s failures sustains the institutional practices of slavery in which North Korea indulges, by effectively enforcing North Korea’s policies beyond its borders.

But of course the complicity with North Korean slavery is not restricted to China. In October 2015 the UN Special Rapporteur on Human Rights in North Korea estimated that 50,000 North Korean workers are employed in foreign countries, mainly in the mining, logging, textile and construction industries – and that the number is rising.

As the conditions in which the workers are employed is forced labour – they are not free to choose their employment, they are kept in place through threat to themselves and their families, and there are massive deductions by the state from their earnings – involvement of both North Korea and the receiving countries amounts to trafficking.

In November 2014 the journalist Pete Pattisson exposed in the Guardian how North Korea trafficked construction workers to Qatar for work on building projects.

This trafficking of North Koreans for forced labour in other countries is a major source of hard currency to the dictatorship, estimated to be in the order of $2.3 billion per annum.

This is a considerable contribution to an economy whose external trade was estimated as $7.3 billion in 2013.

Dispatches showed that Poland and Malta, at the heart of Europe, are also party to Kim Jung-Un’s enslavement of his own compatriots.

It is difficult to imagine an issue more at odds with the fundamental principles of human rights, rule of law and democracy upon which the ideal of the European Union is based.

But the acquiescence of Europe in the trafficking of North Koreans is not only an affront to these principles.

It is also a threat to international security: If the North Korean elite were not obtaining hard currency from the international trafficking of its citizens it would be that much more difficult for the dictatorship to cling to power let alone indulge their dangerous ballistic missile fantasies.

Europe can no longer stand idly by in the face of the threats posed by this contemporary, state-sanctioned, international slave trade. This demands not merely fine words, but robust and clear sighted international action.

Within Europe, member states must be prohibited from employing North Korean forced labourers. And internationally Europe must bring the authority of the world’s largest single market to bear on this vital human rights issue, excluding goods tainted with slavery from the single market.

To do otherwise would be a betrayal of our fundamental principles, and who knows what lethal nuclear consequences may yet flow from such a catastrophic moral failure.