Separate hate preacher cells will only work alongside deradicalisation efforts 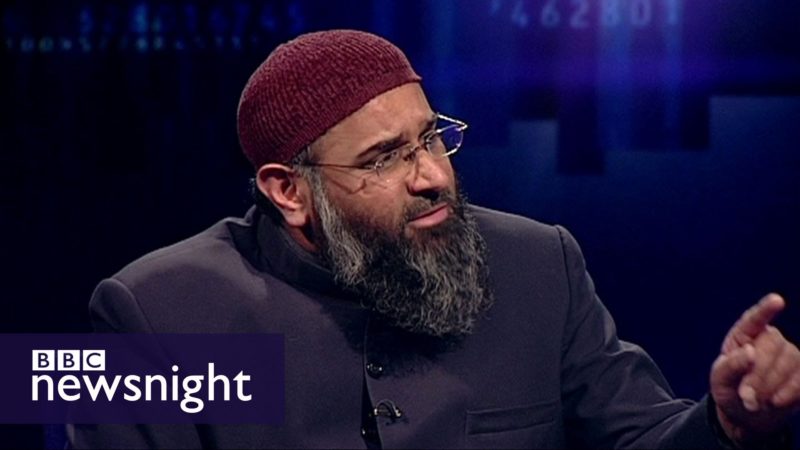 With disastrous funding cuts and dramatic overcrowding in prisons, the Labour Party is right to point out the broad brush structural flaws in the government’s plans to tackle radicalisation in prisons.

Labour’s criticism is all about ‘broken window theory’ – for all targeted efforts to change extremist individuals, reduce the vulnerability of prisoners to radicalisation, and prevent charismatic Islamist recruiters from their modus operandi, if we can’t really change the environment they’re in, what is the point?

But this is low-hanging fruit for Labour, and the party must join the specific policy debate about how to counter extremism, in or out of the prison estate.

Despite its failings, the government does understand radicalisation, and Ian Acheson’s inquiry into extremism in prisons makes welcome progress on the topic, with several key recommendations.

How did we get here?

The number of Islamist extremists in prisons has increased for three reasons:

1. First is that a global jihadist insurgency has reached Europe, and while groups like Al Qaeda may have been dispersed into a franchise model, and ISIS are on the back foot militarily, there remains support around the world for this totalitarian ideology and this is reflected disproportionately in the prison population.

2. Second, the expansion of counter-terrorism legislation post-2001 and surveillance operations to mechanise that has meant that beyond committing a terrorist attack, it is now a terrorism-related offence to glorify terrorism, incite terrorism, travel to commit terrorism, and plan terrorism, and that more people doing so are being caught.

3. Third, a systemic blindness or ‘institutional timidity’, as Acheson put it, when dealing with Islamist extremism over the last 20 years, has not just pervaded the prison system, but also various other UK institutions, meaning we are now trying to respond to a problem and simultaneously trying to prevent it from getting worse.

These factors combine to leave our prisons as net exporters of extremism.

What is to be done?

Acheson is right that we need a comprehensive strategy to change this.

We must safeguard the general prison population (Muslim or otherwise) who may be vulnerable to radicalisation and recruitment by Islamist extremists, by addressing their grievances, being fair while firm, and by taking a broader rehabilitative approach to incarceration.

But we must understand that some will use their time behind bars to continue their modus operandi – recruiting for an Islamist cause – and these may not necessarily be ‘hardened terrorists’ like Michael Adebolajo.

They may be charismatic recruiters in for terrorism-related offences like Anjem Choudary, or those inside for other offences, who happen to be extremists.

For that we need to stop them communicating with their target audience, and we need to communicate better ourselves.

Outside of prison that may mean blocking their twitter accounts and not inviting them on the BBC, on the one hand, and promoting counter-narratives to the ‘Us versus Them’ rhetoric they trumpet, on the other.

Inside prison, that means temporarily separating the key radicalisers and recruiters from their target audince, and ensuring that we can offer alternative solutions that are as compelling as the overly-simplified, exclusivist interpretation of Islam that they push.

And as we know in counter-extremism, rather than purely contesting the space occupied by extremists, it often bears more fruit to pivot sideways and change the environment as well as the methods.

This is what, if implemented properly, the recommended specialist units should do.

One smart way of doing this, as Acheson recommends, is joining up processes from arrest through to probation. Prison officers are crucial to this full spectrum plan, so we must support them to implement this and ensure they are sufficiently resourced.

Lastly, I think it sensible to ensure that the rehabilitation work for terrorism-related offenders, the safeguarding work for the general prison population, and the promotion of positive alternatives to extremism isn’t all carried out by the same people.

Prison Imams already have a tough task on their shoulders caring for the spiritual wellbeing of inmates and facing intimidation from inmates.

While they may be experts in faith, they are not necessarily experts in Islamist ideology, the complex psychological process of radicalisation, or how to counter these phenomena.

The most we can ask of prison Imams is that they promote an Islam that is compatible with human rights and British values, that they identify and call out Islamist extremism when they see it, and that they work as part of a multi-agency team in the deradicalisation and rehabilitation process.

3 Responses to “Extremists in prisons: How do you curb Islamist recruitment behind bars?”