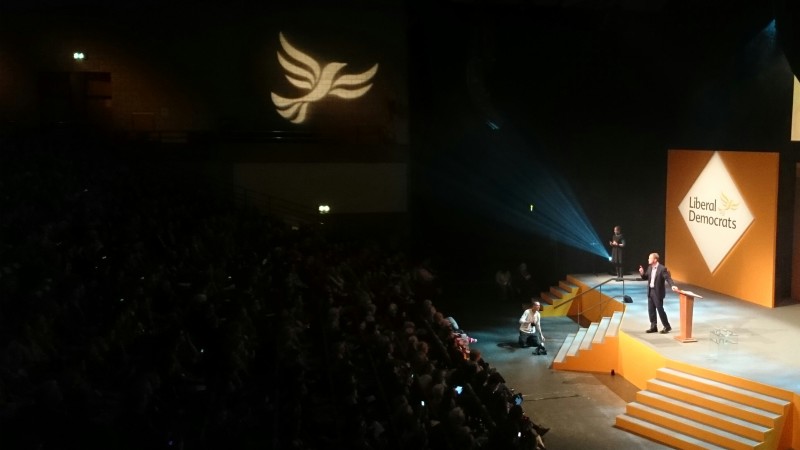 The Liberal Democrats have hit a 10-year membership high, having gained almost 16,000 new members in the weeks since the EU referendum.

It’s a big turnaround for a party that, 12 months ago, many believed was facing extinction. Leader Tim Farron belives the membership surge is a response to his party’s commitment to keeping Britain in the EU.

“Almost 16,000 new members have joined the Liberal Democrats since EU Referendum two weeks ago. We now have more members than we’ve had in over a decade. I believe this is because our clear liberal and pro-European view.

“I have always believed that Britain needs to lead, not leave Europe and that our national interest does not end at the cliffs of Dover.

“Being internationalist and Pro-European is in the DNA of our party.”

But how do the members themselves explain their decisions to join? We asked six fledgling Lib Dems, members of the Lib Dem Newbies Facebook group what drew them to the party.

Until the past few weeks, active personal political engagement (other than voting) was the last thing I would have considered – a busy job as a barrister, a young family, too many other things took priority.

The impact on all of us of recent decisions (whichever way you voted), combined with the disgraceful power grabbing and lack of leadership or coordination shown by the two ‘main’ political parties have changed that.

Nick Clegg and the Lib Dems got an unfair ride in coalition with the Conservatives, and they remain the most progressive party by some margin.

I have joined them this week.  There is a tide in the affairs of this country, which we must take at the flood.  The Lib Dem vision is the only one offering me, and those that may come after me, any real hope for the future of this wonderful country of ours.

Up until the Referendum result, I’ve always seen politics as someone else’s responsibility. Of course I always voted in local and national elections but I always left the campaigning and other groundwork to other people.  I had never been a member of a political party.

Devastated by the news of a Leave majority on the morning of the 24th, I decided that I had to channel my feelings into doing something positive.  After all, what had I done to encourage people to vote Remain? I’m not sure that a handful of retweets really counts as activism.

So the following Sunday I joined the Liberal Democrats and have volunteered once a week with them since.

I think that the Liberal Democrats are committed and passionate about bringing positive change to our country.

They seem to me to be the only party not filled with politicians who care more about their own careers than the state of the country they represent.

I joined up almost immediately after the referendum when Tim Farron said that the Liberal Democrats would be trying to keep the UK in the EU. That was enough of a shared goal for me to get started. Since I’ve joined I’ve found that there’s a real enthusiasm in the party for promoting positive liberty which has confirmed that I made the right decision.

On the morning of Friday 24th June I sat crying in a tent at Glastonbury Festival. I was completely shocked. I’d sent off my postal vote weeks ago and hadn’t really thought anything more about it. Nearly everyone I knew was voting to remain so my assumption was that it was a foregone conclusion.

I didn’t realise how narrow my own social circle was. Yesterday I had been proud to be British: tolerant, diverse and united. Now I felt like my identity had been ripped away from me. I feared for the impact on the rest of EU, an Un-United Kingdom, an end to the inclusive society I thought I belonged to. I was angry and hurt and wanted to fight for what I’d lost.

I blame the divisive, fear driven, full of lies, propaganda filled Brexit campaign derived to sell newspapers and bolster political ambition under the disguise of ‘Making Britain Stronger’. In my opinion, the thing that makes Britain strong is diversity. Any forum that allows us to mix with people different to ourselves is an opportunity to learn from each other and make this world a better place.

This referendum has divided us in so many ways and unity is the biggest loss we face from leaving the EU.

On Monday 27th I arrived home tired, covered in mud and still wanting to fight for what I’d lost. I showered, had a cup of tea, scoured the web for news and ended up clicking on a Lib Dem link.

I read ‘Our fight for an open optimistic, hopeful, diverse and tolerant Britain is needed now more than ever’. Then I joined the fight.

I’m a slightly chubby, fairly hairy bloke in his mid-thirties. I run my own business as a Financial Adviser and Wealth Planner and I have a young family.

While I’ve always been interested in politics and economics, I’ve never been what could be described as an activist. I’ve never been a member of a political party or felt any particular affinity for individual politicians.

I’d describe myself as a social and economic liberal, a European, forward thinking and open to the world. For the most part I’ve always voted for the Lib Dems.

What I’ve seen happen in UK politics over the last few years, but particularly over the last few weeks has completely shaken my apathy for political engagement. The rise of populist right wing politics fills me with horror. The ugly propaganda, pushing people to make choices that will affect all of us, based on fear, lies, half-truths and racism completely disgusts me.

I now feel I have to get involved, to make my voice heard for myself and for my family. I feel I need to take a stand against the right and the damage that they are doing to our country, economy and future.

My daughter will turn two in just under a fortnight. I want her to grow up in a welcoming, open society, that appreciates intelligence, justice and civil liberties.

14 Responses to “Lib Dems hit their highest membership in a decade – why are thousands signing up?”