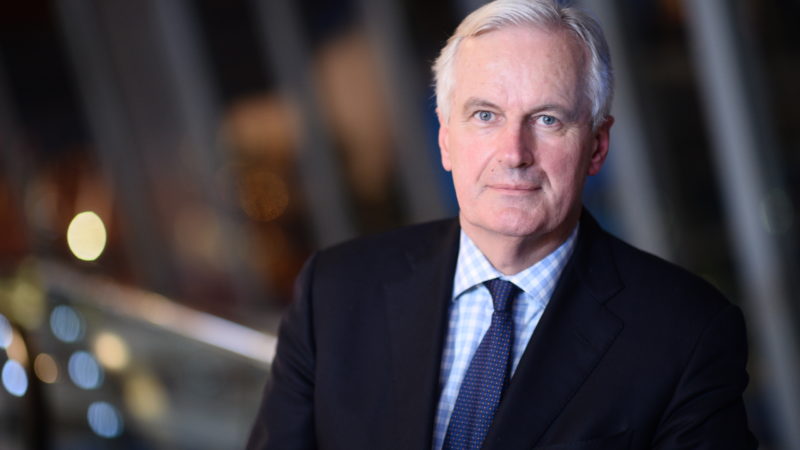 Le cretin des Alpes is the endearing nickname the French élites have given to Michel Barnier, the French politician who has been appointed to lead the Brexit negotiations.

Once Article 50 has been triggered, I’ll be curious to see how long it’ll take for the British to call him that too.

Yet, Barnier’s CV tells us he’s no fool. On the contrary: a graduate from one of France’s most respected business schools, he worked his way up from regional posts in his native Savoy – helping secure the 1992 Winter Olympics for Albertville –  onto a number of national and international top jobs, of the highest responsibility, including negotiating financial regulation as an EU commissioner for internal markets and services.

The task meant Barnier was and probably still is in disfavour with the City of London. The man in charge of dealing with the UK’s exit on behalf of the EU is a 65-year-old with plenty of nous. Or so it seems.

And don’t we all need leaders showing pragmatism and common sense in these strange times? You might not share my utter incredulity: I still can’t believe Brexit has materialised – or, strictly speaking, is about to.

Come 23 June, I used to think, the British will collectively unsheathe their proverbial sense for expedience – for which the world has historically looked up to them in admiration – and sensibly choose not to shoot themselves in the foot.

Because this is what many on the Continent think: the UK’s drastic reaction to Europe is a logical one, in the sense one can see the path leading up to it, but other reasonable options were available too.

Why go for the most outlandish one? It is a mystery, and yet it isn’t. This story forms part of a seriously mad 2016, a year that will go down in history.

So, do any of them know what they’re doing up there in the higher spheres of politics? The current scenario suggests only EU chief commissioner Jean-Claude Juncker does: the old, shrewd croupier from the Luxembourg City gambling casino has appointed a ruthless negotiator.

Barnier is no friend of London, as several papers hurriedly stressed: a conservative ready to lock horns with political counterparts across the Channel. A battle of right-wing stags.

Will testosterone spill out and inflame national debates in highly-strung countries? How little does it take to set a whole Continent on fire?

Whatever the case, you can see  that not a long of planning went into the strange business of Brexit. Whitehall is doing its best to hide feeling awkward about it.

Article 50 should’ve been triggered in the days following the EU referendum. It still hasn’t. We’ll have to wait until next year: a sign no-one was ready for Brexit, and now homework has to be done in a rush.

The following day, David Cameron was pointing taking himself down, right in front of the cameras; Nigel Farage was seen sipping a Pride of London hair of the dog in his sweaty string vest and pound-spotted pants, having painted the town red the night before.

Given this context, in what way do you think Barnier will approach the British establishment? My feeling is that he won’t treat London with kid gloves. Libération told us yesterday he can’t even speak fluent English and has a ‘sens de l’humour limité’.

Maybe boxing gloves will be more appropriate, as inextricable misunderstandings are bound to arise. It should be fun to watch if circumstances weren’t that ominously inscrutable.

We also learn from the Paris left-leaning daily that Barnier was a gaulliste social who never fell for chiraquisme, which leads me to speculatively think that Barnier perhaps is an intriguing choice.

Brexit means Europe is much weaker on the world’s stage. If the EU were to grant Britain full access to the single market and permission to opt out of the freedom of movement principle, without any finely structured nuancing, then our Continent could lose face and leverage against formidable forces: the infamous financial markets (always keen on slaughtering Eurozone peripheries), Russia and global terrorism. With Britain also dragged into the mess right up to its neck.

The EU needs to show firmness; but it will also have to demonstrate it can lend an ear to those many Brits who massively lost out over the past decade.

Whilst negotiating, an articulate dig at the Tories’ austerity rhetoric wouldn’t go amiss: that little bit of progressiveness in Barnier – a independent-minded Europeanist not far from Jacques Delors and a gaulliste of the social kind – may be the X-ingredient a tastier Brexit recipe needs.

Interestingly, the latest TUC report, based on recent OECD’s employment outlook, provided further evidence to well-known facts: David Cameron & Co. made things unnecessarily worse, which is where it all began: is the French mountain villager actually the right guy to close the circle?

So, being tough could be good, also for the sake of Britain’s own national discourse, one that could soon change and inform the next general election in revolutionary ways.

Alessio Colonnelli has written for The Independent, Open Democracy and the LSE blog Euro Crisis in the Press

2 Responses to “Is the EU’s chief Brexit negotiator the right man for the job?”