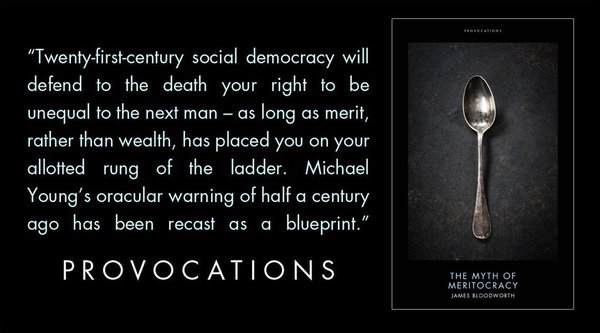 Ask any labour market expert about the main problem we have in the UK at the moment in workplace mobility and, alongside the growing problem of contractless jobs inside the ‘sharing economy’, they’re likely to talk to you about the ‘hourglass economy’.

We have a problem where employees are able to enter the labour market at the bottom end, but cannot find routes within the same firm to rise up into senior jobs.

This is particularly the case in low-wage sectors: retail, the service sector, public sector health and care, manufacturing and others.

I won’t go into too many details – I encourage you to look at this Paul Sissons paper on the subject – but with the so-called ‘hollowing-out of middle-wage occupations’, where there are increases only in ‘good’ and ‘bad’ jobs, with few routes out of the latter into the former, we’ve reached a situation where the only chance of getting a good job is through having a university education.

Forget whether such an education is a guarantee of someone’s ability, the notion of ‘graduate jobs’ means that unless you’re a real maverick a degree is obligatory – perhaps, any old degree will do – if you want a good job.

Who, then, can blame all those people during the New Labour years and beyond who signed up for degrees in whichever university would have them. Since all the good jobs ask, as a minimum requirement, for a strong degree with at least a second-class honours upper division.

For many families their 18 year olds were the first ones to go to university. Working your way up in a firm is a near-impossible task these days, with the hollowed-out middle and the fact that no job is for life anymore.

University is the only option. However for that 18 year old, they are probably the first in the family to get to 21 years old with £44,000 worth of debt. The UK is now a world leader for student indebtedness.

Reading former Left Foot Forward editor James Bloodworth’s brilliant new book, The Myth of Meritocracy, I was reminded of how talking about “social mobility” must make some politicians feel really good about themselves.

Instead of trying to change things from the root, they’ll settle for weak words. Work harder and, if you’re very, very lucky, you’ll be able to leave your social class for good. How fantastic is that.

Maybe it comes from a good place: surely we can all agree that hard work needs rewarding. But there is something rather odious in what’s meant by social mobility.

Essentially, there is only one marker for success in the UK: riches. Therefore, the only way to be considered valuable in this society is to be in a particular social class.

Social mobility becomes less about just entering a particular income bracket, but also to be elevated socially. Hint: the working class aren’t hard working enough and if you’re worth your salt you wouldn’t be seen dead with them.

What’s worse, as Bloodworth hints at in his book, is that many people in the country, politicians and the like, are convinced we’ve reached a pretty good phase for social mobility.

Historical inequality has reduced, you might hear them say; nobody in this country is really poor, and if they are, well, maybe they need to pull their fingers out a little more and stop complaining or asking the state to step in and hand out.

But if we do think social mobility has reached a peak, we must also think that the hollowing-out of middle income professions is a myth. That people are able to rise up.

They must also think that the rich in this country are there because they are the best and most deserving of their privilege. Ask yourselves: are rich people the cleverest people you can imagine? Are they rich because they’re better than those poorer?

People reading Bloodworth’s book might get fixated on one aspect of it: his reading of inequality.

But he doesn’t take us on a long trip discussing and moralising about the undeserving poor, or the undeserving rich (though, with the ability to effortlessly make money from property or, indeed, land there is a need for this discussion).

Instead he delves into a much less spoken about subject: working class dignity.

What is Bloodworth’s thesis? Real merit instead of this ‘meritocracy’ we know today which is rather mythical, and certainly rigged in favour of the rich (his examples of this are very powerful – don’t take my word, buy the book. It’s very small but packs a big punch).

But more importantly than that, social mobility hurts those who draw pride from working hard without wishing to leave their social class behind.

The book serves its purpose as a demonstration that, for all the talk of rewarding hard work, rich kids just straight forward have it better than the rest of us. Even today.

But implicitly he finds that working class kids – and adults – are not yet valued for what they really are.