Identity and ideology fuel terrorism. We must unite and fight for the rights of everyone. 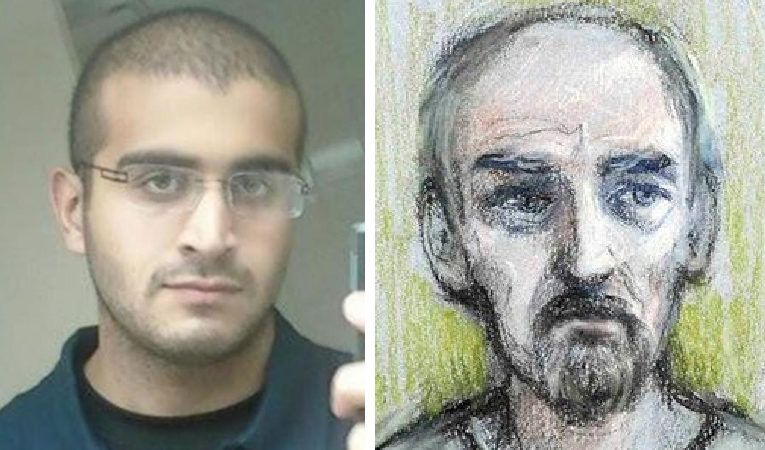 Omar Mateen, it is reported, said that he was an ‘Islamic soldier’ when he killed 49 people at a gay nightclub in Orlando, Florida.

What it seems he was, was a man whose identity was displaced and fractured and who also frequented gay nightclubs while wrestling with his upbringing and with the abuse of alcohol.

Also, according to his father, he had a hatred of gay people, possibly because he could not come to accept that he was gay.

Such feelings and hatred towards a group of people to try and slough off part of that identity is behaviour which has come up time and time again with people from various communities who are trying to get to grips with their sexuality.

To try and distance themselves from their feelings toward people of the same sex, they overreact (sometimes violently) and turn their emotions against other members of the LGBTQ community.

Yet, Omar Mateen had also been influenced by extremist material, material that sadly is still accessible online and which is constantly peddled by groups such as the so-called Islamic State.

Such material is highly aggressive and ordered in a very gender-specific manner. Did the ‘certainty’ of IS material play to a malleable sense of identity within a man who was confused and carrying feelings that would have seemed disorientating?

We will not fully know, but Islamist-inspired extremism, just like far-right extremism, has pulls on people who have vulnerabilities, whether emotional or mental health in nature.

Sometimes these vulnerabilities also mean that such extremist material provides a sense of gender-specific inspiration and role modelling for young people who may be exploring their sexuality.

However, mixed in with the messaging is the strong association of being male with hyper-violence, family-centred roles, subservient women and aggression, and these can be found within both far-right and IS extremist material.

For those searching for who they are and who do not have support around them, it is easy to see how they can be drawn to this sense of certainty.

The killings in Orlando may also have been influenced by IS rhetoric against specific groups. The ‘target groups’ for these extremist groups include Jews, LGBTQ groups, Shia and minority faiths in Islam and those Muslims who believe in co-existence and in living their lives together with other communities.

This sense of dominance, of the re-interpretation of what being Muslim is about, again plays to a sense of identity, power and belonging, and something that is not fully explored is how this identity plays to people who have their own vulnerabilities, who are lost in who they are.

Sadly, this is not just the domain of those influenced by Daesh or Al-Qaeda. There are strong issues around identity with far-right nationalists through the belief that their ‘culture’ is being affected, and which gives rise to a sense of victimhood within such individuals.

Further narratives include: ‘liberals’ ganging up on their culture, allowing migration and Muslims to enter Europe, which is seen as the last front against such groups, and the demise of law and order, which sometimes leads to vigilantism by far-right extremists.

The latter, the demise of law and order, was also pushed heavily after the recent grooming scandals in places such as Rotherham. This all plays into a threatened sense of self and identity within a social space and which needs to be protected in the minds of these individuals.

Yet, we have seen what this victimhood has led to. Ryan McGee was found to possess a viable nail bomb, an air rifle, an imitation pistol, a knuckleduster, knives and axes and was heavily influenced by English Defence League rhetoric.

Police also found pressure sensors in the flat that could have been used as a booby trap bomb. Or take ex-soldier John Parkin, who tried to burn down a mosque in Rhyl after the brutal murder of Lee Rigby.

Or Ian Foreman of Birkenhead, who was said to have a deep hatred of Muslims and made a list of mosques in his local area which he called his targets. He was found with chemicals and a home-made explosive device and was sentenced to 10 years.

These are just a few examples of a growing list of individuals who have been influenced by extremist far-right literature to the point of criminality.

And just a few days ago, one of the most dynamic up and coming young female MPs, Jo Cox, was brutally murdered on the streets of her Batley and Spen constituency. The alleged killer is thought to have extremist far-right sympathies and only time will tell as to the motive behind the murder.

The death of Jo Cox should revitalise and redouble our efforts to tackle, counter and push back against the hatred of both far-right and Islamist-inspired extremism.

Both of these strands and ideologies put at risk the core values of our society and are driven by the desire to fragment the cohesion of communities in our country.

That is the core aim of their actions: to pit one community against the other. Not only must we do the opposite of what they want, we must ensure that we never give in to the politics and rhetoric of fear and division, and we should actively challenge the ideologies of such groups who seek to play on our differences.

For as Jo Cox said in parliament in her maiden speech: ‘We are far more united and have far more in common with each other than things that divide us.’

That should be the mantra by which we live our lives.

Fiyaz Mughal is the founder of Faith Matters and Tell MAMA. Areas of work including promoting integration, tackling hate crimes and countering both IS and far-right inspired extremism.

3 Responses to “Jo Cox and Orlando: We must tackle hatred of both far-right and Islamist extremism”