Before joining their new political home, many Italians on the Left are just waiting for the party leader to leave 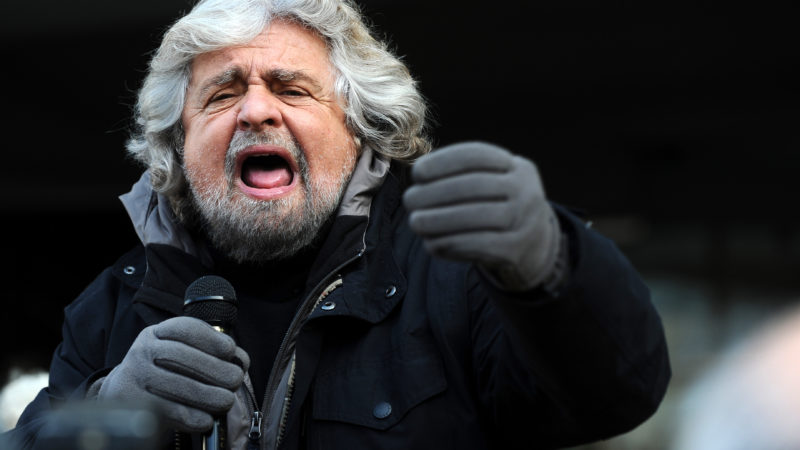 The country is moving somewhere, pushed by enraged voters, who’ve had enough. Enough of old politics, enough of corruption, embezzlement of public funds, and organised crime colluding with party bigwigs. Enough of constantly being taken for a ride; of looking for meritocracy and never finding it.

Raggi is a representative of the Five Star Movement (M5S). M5S has reaped honours right across the country in the local elections, also winning the ballot in Turin, where Chiara Appendino ousted the sitting mayor Piero Fassino, one of the founders of the ruling Democratic Party (PD).

The momentous M5S is shaping Italian politics in extraordinary ways. It’s engaged with chronic non-voters like no-one before. Some commentators even argue M5S could inspire other movements internationally. Great news all across, it seems.

Luigi Di Maio and Alessandro Di Battista, M5S’s most prominent chieftains, are hoping to win the next general election, which could well happen. Rivalling PD are in a right old mess. Nosediving, with a lot of internal backstabbing going on, its hard-left ready to walk out any minute.

‘We’ve lost contact with reality, we ought to eat humble pie,’ Pier Luigi Bersani, an erstwhile party leader, told the national media two days ago. A dig to prime minister Matteo Renzi, often accused of being blinded by his own cockiness.

But this is not the whole story. One negative aspect lingers around M5S, making it still unpalatable to some, the crucial chunk of the electorate M5S need to win over to propel themselves into a majority government. (M5S don’t want to enter any coalition, and in fact they’d be governing by now had it been otherwise, having won just over a quarter of the vote in the 2013 general election.)

And it’s this: Di Maio and Di Battista have to seriously ask themselves if they still want Beppe Grillo as a leader.

Grillo doesn’t sit in parliament – he was convicted for manslaughter (reckless driving) in the 1980s and is thus unelectable –, but he is nevertheless the loquacious founder of the progressive nonconformist grouping.

Widely acknowledged as an undisputed figurehead, he’s now become the elephant in the room, blocking the movement’s further expansion.

Consider this: back in 2014, just before the European parliament elections, Grillo put forward a choice of three European party affiliations, to be disentangled via an online voting session: 23,121  sympathizers clicked on UKIP, and that was it. Done.

The other possibilities were to go it alone or join the European group set up by Britain’s Conservatives. No other options offered.

The outcome – the alliance with Ukip – meant that M5S felt stronger in targeting the EU and its bureaucrats, who have blindly and greedily imposed the euro and austerity measures on everyone. But why offer UKIP as an option when Podemos was more fittingly in line with the history and background behind M5S and the whole common participatory run-up to its founding?

Hasn’t Pablo Iglesias spoken time and time again of reforming the EU? Grillo remains today an unrepentant ally of Nigel Farage, even though tens of thousands of grassroots activists did strongly complain about M5S joining Ukip at the time.

Because of Grillo’s unstoppable big mouth, many among M5S have had to cover their faces with both hands recently; again, it’s a Britain-related story.

He thought nothing of making gross Islamophobic remarks at a public event, just after the London mayoral elections. Referring to Sadiq Khan as a ‘Bangladeshi’ (sic), Grillo added ‘Now I want to see when he blows himself up in front of Westminster.’

Racist and misogynist culture won’t be easily eradicated from the Italian political arena, but if M5S want to bring fairness at the top of the national agenda, then Grillo’s baleful language is seriously unfit for purpose.

Humour and satire are crucial in the politics of hope, and so are tactics to appeal to wider audiences; bigotry isn’t. And being seen around with the wrong friends doesn’t help either.

Grillo has campaigned against nuclear power and incinerators. Farage is right at the opposite end: he’d frack your back-garden and then fill the vacuum with atomic waste, if he could.

Many social democrats, still clinging onto Blairite PD for lack of anything better across the Left, are just waiting for Grillo to pack his bags and go (and M5S to quit UKIP), before they can join their new political home.

Change will take time. Rome wasn’t built in a day, after all, nor was the deep frustration of the Romans’.