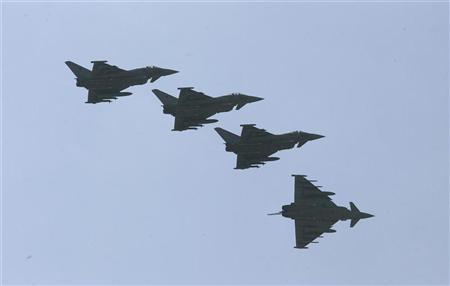 Who ought to provide security in Europe? Since the rationale for setting up NATO was to counter global communism, much of NATO’s raison d’être disappeared with the Iron Curtain.

Meanwhile, the advancement of European integration has led to the longest period of peace the continent has seen in centuries, as David Cameron stressed earlier this month.

In the heat of the upcoming referendum, both Leave and Remain have used the uncertainty around the future of the EU-NATO relationship to bolster their arguments.

While pro-Brexit campaigners like Boris Johnson have reiterated NATO’s role as the main guarantor of European security, the opposition’s advocacy has stressed how the EU and NATO complement each other in providing European security.

In a recent letter to the Telegraph five previous NATO-heads challenged the Brexit camp’s claim that EU institutions duplicate and even undermine NATO, asserting that Brexit will adversely impact NATO and ‘give succour to the West’s enemies’.

Quilliam’s new independent report, ‘The EU and Terrorism: Is Britain Safer In or Out?’, looks beyond these black-and-white positions and oversimplified statements made by both sides.

Neither a Brexit nor a Remain vote will lead to an immediate collapse of NATO: the future of European security cooperation and the EU-NATO relationship will hinge on the clarity of the frameworks set up in post-referendum negotiations, rather than the outcome on June 23 itself.

NATO’s importance and superior defence capacity is undeniable, yet it remains a military alliance that fails to address security challenges on the soft-end of the spectrum.

By contrast, the EU has civilian resources, allowing it to take a more rounded approach towards peace, including diplomatic means, economic sanctions, mediation, and reintegration programmes.

Such complementary abilities are essential to tackle complex and multi-dimensional present-day challenges like terrorism and radicalisation, which cannot be defeated solely by military means.

Additionally, they have claimed that separately deployed operations in the Gulf of Aden – EU Naval Force and NATO’s Operation Ocean Shield – illustrate duplication and the lack of ability to deploy joint missions and cooperate on similar mandates.

This is only half the story, however. While it is true that EU-NATO cooperation does suffer from free-riding and duplication, this is due to a lack of formal inter-organisational clarity and cooperation guidelines.

As the successful EU-NATO cooperation in Bosnia and Herzegovina since 2004 has demonstrated, the two organisations can effectively work together, provided that a sufficiently clear framework of responsibility sharing is in place.

In the case of Bosnia, these formalised guidelines were provided by the Berlin Plus Agreement, which smoothed the transition from the NATO operation to the EU. As the NATO operation terminated in 2004, its military assets were accordingly handed to the EU Force Althea mission.

The formal chain of command passed through both NATO and EU bodies, which has created a consensus among academics that EU-NATO cooperation in Bosnia is a success.

Even more importantly, the civilian capabilities of the EU has since resulted in a gradual withdrawal of military troops and greater efforts on local capacity-building and sustainable development.

Unfortunately, the current restrictions imposed upon the Berlin Plus agreement have impeded formal EU-NATO cooperation beyond Bosnia. By having Cyprus in the EU and Turkey in NATO, both have played their veto-card and prevented the political inter-organisational negotiations ever since the 2004 enlargement.

The EU and NATO can cooperate effectively under fixed frameworks, but they have to be recognised first.

Whether Britain votes to remain or to exit the EU on June 23, the status quo of Britain’s global security cooperation with NATO and the EU is subject to change.

Either outcome will pose challenges of reconstructing complex webs of security cooperation and will trigger severe negotiations about the UK’s relationship with both the EU and NATO.

Hence, regardless of the referendum’s outcome, the real challenge lies in ensuring clear, recognised guidelines for cooperation between the two organisations.