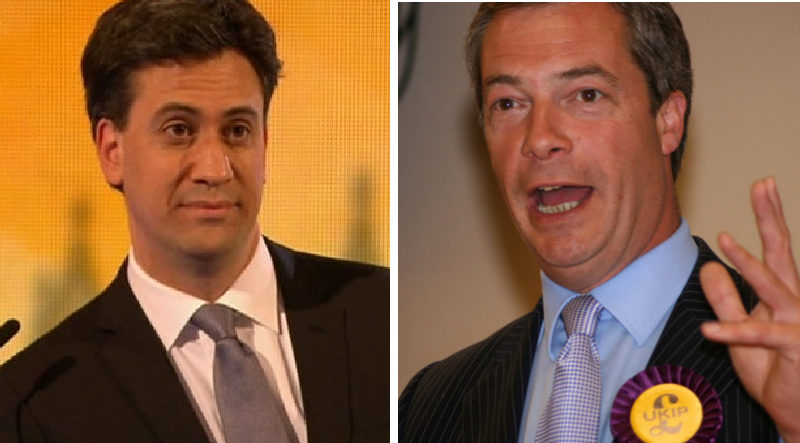 Ed Miliband has called on Nigel Farage and other Leave leaders to condemn racist attacks following the EU referendum result.

The former Labour leader, speaking on the BBC Radio 4’s World at One, said he was ‘deeply concerned’ about post-Brexit divisions, and said it was ‘incumbent on people of all sides’ to be united in opposing this racism.

Miliband, who joined calls today for Jeremy Corbyn to resign as Labour Party leader, said UKIP leader Nigel Farage’s failure to ‘really be explicit’ and say ‘this is disgusting and wrong’ is ‘totally irresponsible’.

He extended his call to Leave campaigners Boris Johnson and Michael Gove, adding that there are ‘people in fear’.

‘We’ve seen the most appalling racist incidents, which in the eyes of some people have been legitimated by this [referendum] decision, and we’ve all got to say: ‘Not in our name’. […]

We’re not a racist country. The vast majority of people are outraged by what we’ve seen on our streets.

‘I must say, I think Nigel Farage’s comments, and his refusal to really be explicit about these things in the comments I’ve seen to say this is disgusting and wrong, some of these attacks – I think it is totally irresponsible.

I think he’s got to come out, I think you need loud and clear from Boris Johnson, from Michael Gove, who of course abhor these sorts of incidents, but I think we need to be as united as we can be, because there are people in fear.