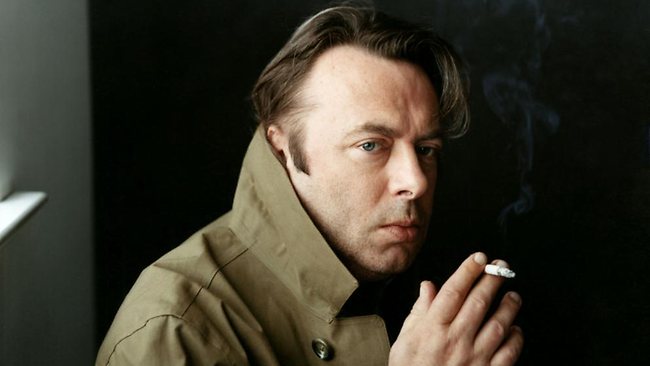 No sensible grown up would assume that just because someone takes an interest in a subject that they advocate on its behalf lock, stock and barrel.

Similarly, if a public intellectual takes an interest in a subject, one wouldn’t immediately assume they’ve changed their philosophical colours. After all they are a naturally curious people.

And yet Larry Alex Taunton has written a book entirely devoted to this very error, about a very well-known public intellectual in the US, Christopher Hitchens.

In The Faith of Christopher Hitchens, Taunton notes that the double life of Hitchens, the political critic, was well-known. He refers to: ‘Christopher the anti-establishment, anti-war protester, who secretly and deeply admired both the establishment and the military’ (p.31). But he wants you to believe there was a little more; something that nobody before Taunton ever teased out.

‘Christopher turned his characteristic zeal to political positions unconscionable to the Left, the worst being his support of Bush and his public and patriotic embrace of American citizenship. On the more private, Christopher was wading into Christian waters, getting more than his feet wet.’ (pp.70-1)

‘…9/11 didn’t produce immediate faith in Christopher … But Divine Providence can use even the worst of intentions. Christopher was moving, slowly, almost imperceptibly’ (p.78)

But what is Taunton really saying here?

As the book goes on we realise that the two men became friends after locking heads over various debates on religion, then on one particular occasion when Taunton drove Hitchens to a speaking engagement. The two maintained a jocular relationship, but also became ever more curious about why the other believed what they did.

Unfortunately, Taunton seems to confuse this with a search for God. This becomes particularly dubious because by this point Hitchens knew he was dying of oesophageal cancer. Taunton becomes an example of someone hoping Hitchens would have a conversion.

This would be fine, if a little sad. But one very quickly loses sympathy with Taunton’s patronising perceptions of people who don’t believe in a God.

In a chapter entitled ‘The Atheistic Heretic’ he describes meeting Hitchens for the first time:

‘As an evangelical, I was certain that he would hate me. I was prepared to meet a radical atheist jihadist. Would we brawl right there in the room? I half expected just that.’ (p.94)

Why did he expect that? Had this happened before with other non-believers? Instead, on this occasion, Hitchens burst into the room fuming over the fact that the Archbishop of Canterbury had just effectively endorsed the adoption of Sharia. When Hitch raised the loss of a Church of England ‘that believed in something’, Taunton’s ‘eyebrows shot up’:

”Believed in something? Why, Christopher, you sound nostalgic for a church that actually took the bible seriously’, to which Hitch replied: ‘Indeed. Perhaps I do.”

For anyone else, no alarm bells would be rung as a consequence of this remark. Taunton should know what it really means, especially as it comes straight after another chapter in his book where Hitchens calls the Reverand Al Sharpton a ‘total huckster. I’m convinced he’s an atheist. ‘The Right Reverand’ no more believes in God than I do. You ask me whom I seek to destroy in debate. There’s a start’. (p.88)

Hitchens didn’t want to debate people and destroy them, metaphorically, for the sake of it. He wanted to lay into a groundwork for belief that he disagreed with. Therefore, for this to be possible he wanted to find people who really believed. He had no time for frauds.

Another scene, which reveals a lot about how shallow Taunton think atheists are, has Hitch meet Taunton’s adopted daughter Sasha. Sasha is from the Ukraine and is HIV Positive. Hitchens was a little shocked to learn this fact, and over dinner observed with admiration her enjoying life. Taunton takes great pleasure from this contrast; a scholarly Hitchens taking delight in seeing how happy little Sasha is.

But then Taunton says:

‘For the whole of his life, Christopher had longed for, but had cynically dismissed the possibility of, a higher love. Here was a glimpse that such love might be real.’ (p.111)

The implication here is quite stark in the context of the book: Taunton believes adopting this girl is a very Christian act, and now Hitchens recognises this too. Is he very close to conversion?

Of course not. Not only does Taunton not realise that someone can be curious about a subject, really curious to the point of wishing to learn all about it, as Hitchens does with Christianity, without signing one’s self up to it.

He also fails to recognise that atheists can appreciate humanity and the simples things in life as well.

So what is this book for? Cynically we might believe it is to split up the atheist movement. Taunton takes pleasure in claiming that Hitchens didn’t read Dawkins’s book The God Delusion and had problems with Peter Stringer’s opinion on abortion, as though this would have any impact on anything.

But mostly I think the book is about conveying a message about non-believers which says any time they start to become curious about belief or religion or the existence of God, they are definitely on the road to believing.

Taunton radically misunderstands the spirit of intellectual enquiry and does his own faith no favours.