Following Natalie Bennett's decision to step down, a lot hinges on what Caroline Lucas decides to do next 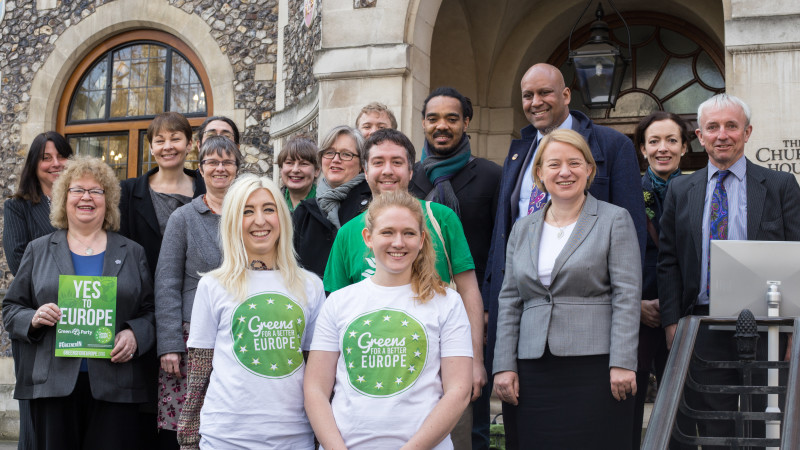 Natalie Bennett has only just announced her intention not to stand for the Green Party leadership again this August but, inevitably, the speculation about who will take over has already begun.

With that in mind, let’s look at some of the runners and riders for the next leadership ballot:

Obviously, the figure many are calling to stand for leadership is the most well-known both within the party and among the public. Lucas was leader between 2008 and 2012, elected twice and taking the Green Party to a new peak.

In that time she became the party’s first MP, for Brighton Pavilion in 2010, and both membership and public profile (her own and the party’s) grew significantly.

In 2012, she announced her intention not to stand again in a Guardian article, arguing now that she had a national profile it was time to clear space for a less prominent figure to emerge.

However, Lucas has so far refused to rule out re-standing this time, which in the world of politics suggests it is very much a possibility. A contest with Caroline is not something relished by potential competitors, and would widely be seen as a (potentially welcome) de facto coronation.

But she may be waiting to see who else stands before she throws her hat in the ring, particularly if her fears about the party being seen as a one-person show persist.

There is a view that she would only stand if it seemed necessary given the state of the race. Lucas now has significant Parliamentary experience, and her focus on progressive alliance-building would make her a strong figure to work with a left-wing Labour Party.

One thing so-far ignored about the prospect of Lucas’s entrance in to the race is that Green Party rules allow for a co-leadership ticket. Lucas could choose to stand with someone less prominent, securing the direction of the party while boosting a relative newcomer or rising star.

Deputy leader since September 2014, Amelia Womack is widely seen as a potential contender for the top spot, having built her profile over the last two years.

The youngest leadership figure among any mainstream party, Womack was elected with the highest vote among the candidates at the age of 29, and is seen as someone on the pragmatic left of the Greens.

Originally from Newport, Womack was the lead candidate for the South Wales Central region of Wales in this year’s Welsh Assembly election. She’s also the party’s spokesperson for Culture, Media and Sport, and is a popular and increasingly well-known figure across the England & Wales party.

That’s particularly the case among the large numbers of young ‘Green Surge’ members who now make up around 80 per cent of the party (although I declare an interest in that she is a personal friend).

Like Lucas, she has refused to rule out standing and would be a leading contender if she ran. Whatever the case, she has however ruled out standing against Caroline Lucas, adding a new level to the exercise in game theory that the leadership ‘race’ is already becoming.

Shahrar Ali was elected Deputy Leader at the same time as Womack in 2014, and is the first black leadership figure in a major British party.

An academic and Doctor of philosophy, Ali previously worked as a researcher in the European Parliament, and is seen as being more traditionally ‘green’ than other potential candidates (as opposed to the ‘watermelon’ left of the party – green on the outside, red on the inside).

Ali was also number three on the London-wide list for the London Assembly at the recent election, just missing out to Sian Berry and Caroline Russell for the two elected AM spots.

Ali seems like the first potential candidate to be openly discussing standing, saying on Twitter that ‘the party and people’ are ready for the first BME leader. He is currently running close second on the Ladbrokes odds for next leader at 5/1.

It’s rumoured he is assembling a team, and a formal announcement could get the ball properly rolling for the campaign.

It’s perhaps fair to say that Ali’s style is seen as less conciliatory than other potential candidates, and could split opinion in the party depending on who else stands.

But whatever the case, it will be an interesting race if he runs – as it seems likely he now will.

Founder and Director of the Christian think tank Ekklesia, Jonathan Bartley is well known in the more than 10,000 member-strong London Green Party.

Bartley is the convenor of Lambeth Green Party, standing to be the party’s London Mayoral candidate but missing out to Sian Berry.

Nonetheless, as the party’s Work and Pension’s Spokesperson and a voice in public life, Bartley has a higher profile than many, making headlines when he confronted David Cameron over the treatment of disabled children – including his son – in the education system.

He is widely viewed as charismatic and a potential candidate, and while he hasn’t publicly expressed any intention, it seems there have been briefings that there could be a joint ticket on the cards.

The Guardian notes that ‘it is understood that [journalist] Jennifer Nadel and Jonathan Bartley could stand, potentially jointly as a job share. Nadel is a broadcaster, barrister and writer who stood for the Greens in Westminster North at the general election.’ Watch this space.

There are dozens of names being thrown around at the moment (including myself at a healthy 100/1 – better than both Corbyn and Leicester City’s original odds…) – perhaps showing the paucity of clear front-runners or big names outside of Caroline Lucas, and reinforcing the point she made when she stood down in 2012.

Among them are South West MEP Molly Scott-Cato – a green economist and the party’s finance spokesperson.

Prior to being elected the South West’s first MEP in 2014, she was Professor of Strategy and Sustainability at the University of Roehampton and is seen as being on the non-socialist – but obviously still progressive – wing of the party.

Rupert Read, reader in Philosophy at the University of East Anglia and Chair of the Green House think tank, has today ruled out standing, outlining in a Facebook post that he will instead ‘continue my work on eco-philosophy at UEA, and my work chairing Green House think tank’. Rupert is seen as on the relative right of the party, condemning high immigration in a Guardian letter last year.

Finally, Sian Berry – London Mayoral Candidate and now London Assembly Member, as well as former Principal Speaker (before the Greens had leaders) – has, to the disappointment of many, ruled out standing as she has not had continuous membership.

Seen as close to Lucas, many will hope that Berry stands the next time round to lead the party into the 2020 election.

The rule of the moment however, is that no one – inside or outside the party – has much of a clue yet who’ll stand in the end.  So expect a few surprises, depending on whether Lucas chooses to run or not.

All the candidates will – if elected – be working with a stronger party than when Natalie Bennett took over from Caroline Lucas in 2012, one with over 60,000 members and nearly 200 councillors, which secured over a million votes in last year’s General Election.

The question on everyone’s lips is how the new leader reacts to the new ‘Corbyn Era’. It’s going to be an interesting few months.

Josiah Mortimer is a writer for Bright Green and works for the Electoral Reform Society. Follow him on Twitter

7 Responses to “Who are the frontrunners in the Green Party leadership contest?”