The Housing Act allows social housing to wither on the vine, consigning social tenants to the precariat 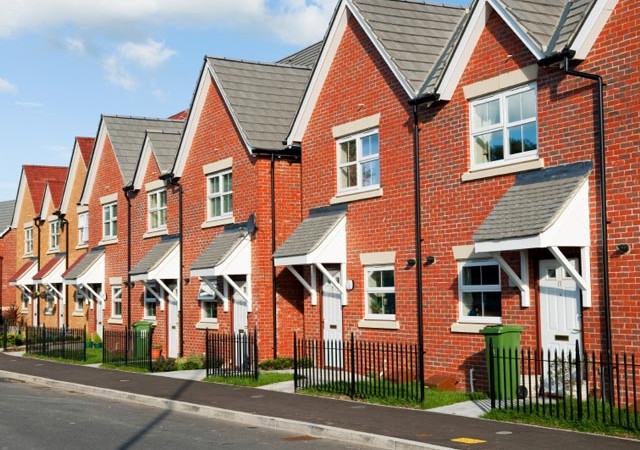 On the 13th May, the Housing and Planning Act 2016 received Royal Assent following a tortuous twelve month passage through the House of Commons and the Lords.

The Act was included in yesterday’s Queen’s Speech, which also promised a Neighbourhood Planning and Infrastructure Bill to tackle perceived problems in the planning system.

Originally badged as a means of launching a national housing-building crusade – especially to enable families to move from renting onto the property ladder – the Act has been watered down, although it retains some of the most controversial elements challenged by the Lords.

Rather than stimulate the construction of a million new, affordable (mainly owner-occupied and shared ownership) homes by 2020 – doubling the current production, which seems unlikely given the slump in the construction sector for the first quarter of 2016 – the Act will not secure an overall net growth in social and affordable housing.

Instead, it will redistribute existing housing investment and homes away from those low incomes to those on middle and higher incomes.

Despite the Act’s difficult passage through the Lords, and substantial opposition from housing campaign groups like Shelter and Kill the Bill, the Act represents this government’s continued commitment to expanding home ownership at any cost while directly and indirectly permitting social housing to wither on the vine.

Local councils will now be forced to sell higher value empty council homes, although they will actually be required to make payments to the Treasury based on ‘estimates’ of how many council homes they could have sold each year; never mind how many are actually sold.

This redistribution of resources from local to Whitehall will be used to fund the ‘voluntary’ Right to Buy for housing association tenants across the country, although rural association homes may be exempt.

The government claims that two affordable homes will be provided in London for every social home sold, and one for every one sold outside of the capital. This seems unlikely, given that only one  in ten sold social homes since the Right to Buy was re-launched in 2012, has been replaced on the ground.

Most commentators agree that the combined sale of council and housing association homes, and the lack of a comprehensive way of replacing sold homes, will see the social housing stock depleted by around 300,000 over the next five to ten years.

This ‘residualisation’ of social housing in the UK, mirroring USA-style ‘welfare’ housing, will be further realised by the introduction of ‘pay to stay’ –  compulsory for council tenants and voluntary for housing associations.

This will drive middle income groups out of social housing and leave the social housing sector the preserve of the unemployed, the poorly paid, the sick, the disabled and the retired.

The Act also sets the scene for lifetime tenancies to be replaced by fixed-term lettings of up to ten years, making it more precarious to be a social tenant, and aping the short-termism faced by many households living in the private rented sector.

The Act represents the latest in a series of government measures, rolled out since 2010, that have undermined social housing and pushed home ownership, which is at its lowest levels for fifteen years, as the ‘natural’ tenure of choice of the aspiring classes.

Social tenants, by default, are consequently consigned to the precariat.

Kevin Gulliver is Director of Birmingham-based research charity the Human City Institute, is former Chair of the Centre for Community Research, and part of the SHOUT save social housing campaign, but writes in a personal capacity. Find him on Twitter.

2 Responses to “Queens Speech: Tories will push home ownership whatever the cost”