In a heated debate, Farage was repeatedly slammed for his comments on immigration and diversity 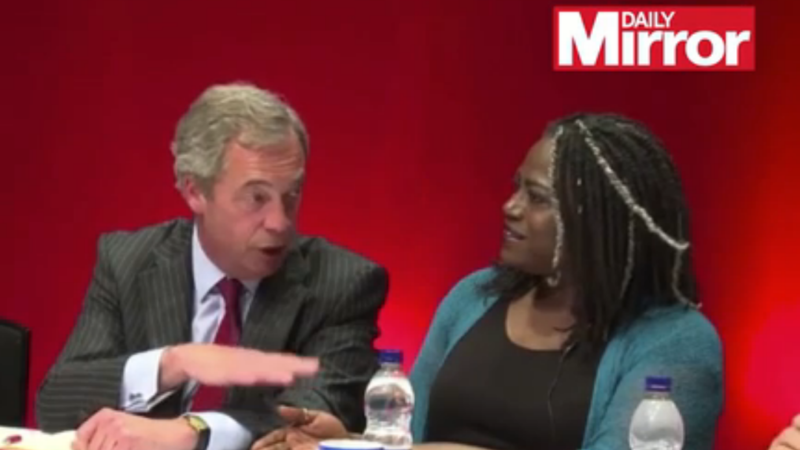 In today’s Mirror debate on EU membership, Nigel Farage responded to a question on immigration and security by quoting the head of Europol as saying that 3,000-5,000 jihadists have entered the Schengen zone in the last 15 months.

Unfortunately, the UKIP leader’s claim was swiftly rejected by the head of Europol himself, who says the figure is in fact much lower.

That’s me he’s quoting then! And I never said that. Figure likely to be much less. @StrongerIn@UKIPhttps://t.co/edguLjP8RH

What Wainwright has said is that at least 2,500 people, and possibly up to 5,000, have travelled from Europe to Syria and Iraq, and a proportion of those have been radicalised.

Wainwright, a British citizen, has previously stated that withdrawing from the EU would be ‘a serious miscalculation’ from a security perspective, arguing that cooperation between European police forces and intelligence agencies strengthens Britain’s capacity to fight terrorism.

Farage was also hotly criticised by Peter Mandelson, and by a fellow Leave supporter Dreda Say Mitchell, for accusing Labour of ‘rubbing our noses in diversity’.

‘How can you say that while you’re sitting next to me?’ Say-Mitchell asked.

Following the debate, Mandelson described Farage as ‘a nationalist who hates other people’s countries and hates foreigners’.