The mayor's mixed record may point to opportunism, or reflect an independent-minded social democrat 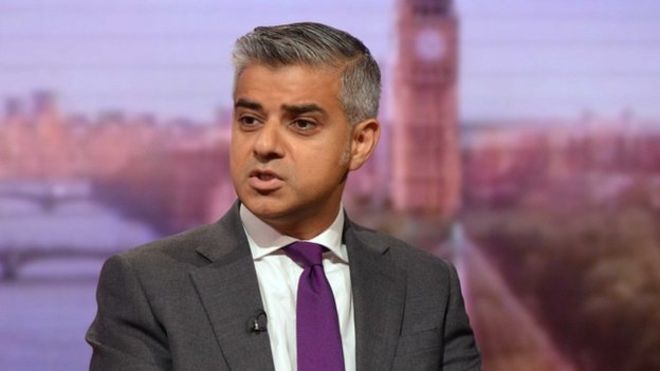 It’s often the case that while failure is an orphan, success has more parents than seems plausible. So it is with the historic election of Sadiq Khan as Mayor of London on Thursday, an event which made international news.

But while different wings of the Labour Party might wish to claim his victory as their own, pinning Khan down politically is more difficult than it might at first appear.

Since his election is widely being considered in terms of the future of the party, and particularly the debate over Jeremy Corbyn’s position at the helm, it might be useful to ask: is Sadiq Khan a Corbynite or a Blairite?

In a sense the terms, while ubiquitous, do not point to any clear set of ideas. A so-called Blairite might be for greater public spending or against it, for example, just as a Corbynite might differ with the man himself on Trident renewal.

There are however two common uses of the terms, one being support for Jeremy Corbyn or Tony Blair as politicians, and the other being support for a tendency within the Labour Party and the Left more generally, which might also imply certain policy positions.

On the first usage, Sadiq Khan made several public criticisms of both Tony Blair and Jeremy Corbyn during his election campaign.

These include telling the Daily Mail soon after becoming mayoral candidate that anyone hoping to be elected prime minister ought to sing the national anthem, (a direct criticism of Corbyn), and claiming he once gave Blair a dressing down for suggesting Muslim MPs have a special responsibility after the July 7 bombings to combat terrorism. (This account is disputed by one witness, but it’s a telling anecdote all the same).

One of his first acts as mayor was to write a not-very veiled attack on the direction of the party under Corbyn for the Guardian, and during the recent anti-Semitism row he went so far as to suggest the party’s leaders might need training on ‘what racism is’. So much for his support for either politician.

Turning to the more common usage – support for a tendency within Labour – Khan proves to be a hard block to fit in either shaped hole. His opposition to the Iraq war, which he flagged up during his bid for mayoral candidate, would warm the cockles of a typical Corbynite, but his voting for a no-fly-zone in Libya and airstrikes against ISIS in Iraq would turn them off.

So too with his support for Labour’s anti-terrorism legislation. Similarly, a Blairite might balk at Khan’s votes against cutting corporation tax and his vote against the Tories’ welfare bill last July.

The same goes for his mayoral election manifesto, which included plenty of neo-liberal equality-of-opportunity policies and a pledge to be ‘the most pro-business mayor in history’, along with more radical measures like support for a London Living Wage, a freeze on train and bus fares and building social housing with a Living Rent based on a third of average local incomes.

Both allies and critics of Khan have labelled him an opportunist, and a mixed bag like this might support such claims. On the other hand, he might just be an independent-minded social democrat with his own criteria for how to vote, and how to run for office.

So while neither Corbynites nor Blairites can chalk up his election to their credit exclusively, on the plus side, their desire to do so suggests there might be a winning electoral platform that both sides can support.

9 Responses to “Is Sadiq Khan a Blairite or a Corbynite?”