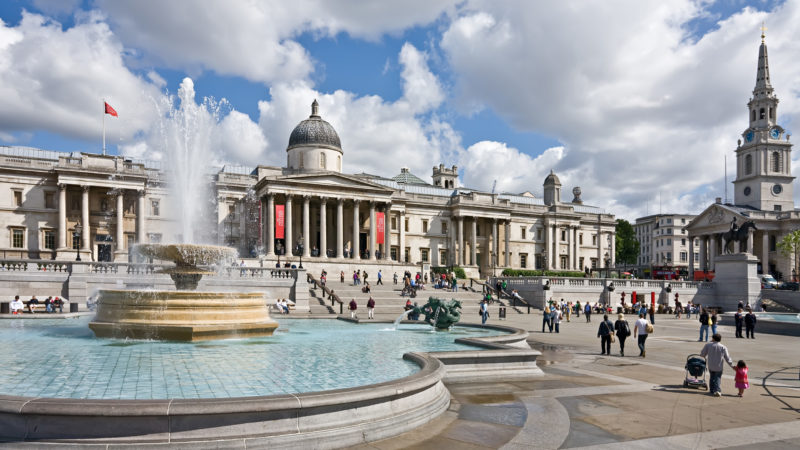 London holds the crown as the world’s top tourist destination. But that crown could soon slip if we pull out of the European Union.

With not only our national pride, but London’s economic status to consider, the stakes are set very high.

Last year, the MasterCard Global Destinations Cities Index named London as the world’s most popular tourist destination. In fact, that’s a title we’ve held for five of the last seven years. It’s something to be immensely proud of, but it’s also well deserved.

Our capital is steeped in rich history and culture, and the array of attractions and our accessible transport system will place our city at the top of many people’s holiday wish lists.

But Londoners are also renowned for their openness, and it’s the welcome that visitors receive that draws so many people in.

It’s that latter point that is so important to consider when we discuss the ramifications of Brexit. If Britain choses to leave the EU next month it would effectively signal that we are pulling up the drawbridge and that London is closed for business.

Not only would this diminish our great city, it would discourage the tourists who contribute so much to our economy. This is a view supported by the experts. Indeed, business organisation London First’s Tourism Director, Matt Hill, has said:

‘cutting ourselves off from Europe is not in the interests of the tourism industry.

Any new barriers which add complexity and expense to holidaying or doing business in London will put at risk investment in the capital’s attractions, flagship stores and hospitality venues.’

This is not about scaremongering – it’s about setting out the facts. Those who remain in doubt about the implications of Brexit for our city’s economy should consider the figures.

According to the capital’s promotion agency, London and Partners, in 2014 the capital’s tourism industry saw 17.4 million visitors. Their contribution to London’s economy stood at a huge £11.8 billion.

But perhaps most significantly, of these visitors 11.5 million (66 per cent of all tourists) originated in Europe, which shows just how important continental tourists are to London’s tourist economy.

Brexit could therefore mean a devastating loss of billions of pounds and put at risk thousands of jobs.

The impact of such a hit to London’s tourism sector would be very far reaching. Money, and jobs in particular, are hugely important, but it doesn’t stop there. Matt Hill warns that new barriers to tourism resulting from Brexit could see other cities steal London’s crown.

He says ‘our rivals in Paris or Rome could reap the benefits at our expense’. Arguments about national pride may appear trivial, but it is a subject that hits home with many people. Londoners don’t want to see their jobs and income lost to foreign cities.

London is the greatest city on Earth, and we should be fighting tooth and nail to keep it that way.

It wouldn’t be genuine to proclaim that Brexit would eradicate tourism in the capital – of course that won’t happen. London has, and always will have, a lot to entice people to come here.

But those who believe Brexit won’t change anything, that an isolationist approach won’t signal that the drawbridge is closed, need to take notice.

Billions of pounds would be lost, thousands of jobs would be likely to be lost, and London’s crown as the world’s top tourist destination could very quickly topple.

Fiona Twycross AM is Labour’s Economic Spokesperson on the London Assembly and a Londonwide Assembly Member.