Any critique of Zionism should be built on understanding 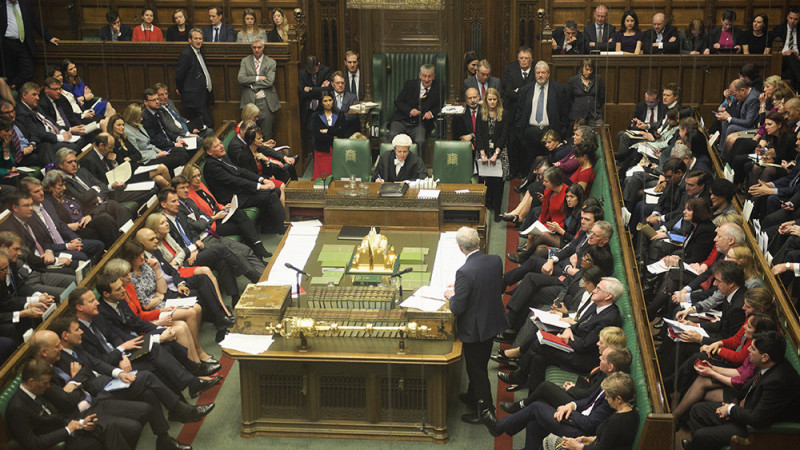 Cowering innocently under the shelter of ‘anti-Zionism’ is not a serious response to the charge of antisemitism. The BNP have long done so; we should expect better from the Labour left.

Criticism of Israeli chauvinism and the occupation of Palestine is self-evidently not antisemitic. Incendiary and historically illiterate polemics denouncing ‘Zionism’ often do, however, draw cruel caricatures of the Jewish quest for self-determination which it embodies, and the fierce racial oppression it was intended to defy.

One has to understand Zionism before it is possible to critique it.

In the late nineteenth century, much of Europe’s educated Jewry emerged from Haskalah – the so-called ‘Jewish Enlightenment’ – secularised and aspiring to integrate into societies no longer governed by the ethics of clerical antisemitism.

But they were not permitted to do so. Everywhere nationalists, revitalised by the pseudo-intellectualism afforded by racial Darwinism, inveighed against Jewish assimilation and ‘the degradation’ to which they lowered European civilisation, as journalist Édouard Drumont had it.

Cast out at once as the impoverished anarchist and the voracious banker, ‘the Jew’ was the architect of all social malaise. Jews were not welcome – ‘loyal patriots in vain’, as Zionist father Theodor Herzl described them. Whether in Argentina or the Ottoman Empire, only a new state might enfranchise the Jewish people – with whatever utopian spirit – from the manacles imposed on it by political racists.

In the years that came, hundreds of thousands of Jews migrated to Palestine. Their kibbutzim became the social blocks of socialist Zionism around which the Israeli state would cluster, and from which Herzl’s hope to build not just a ‘new social system’ but a ‘more righteous one’ appeared to have promise.

None of this is intended to romanticise the project – only to understand it.

For the revolutionary Rosa Luxemburg, who had long typified the many brilliant contributions that Jewish thinkers had made to secular thought, there was famously ‘no special corner in my heart for the ghetto’. Of all the struggles and oppressions in the world, she believed that Zionism distracted Jews from their true vocation in the labour movement with solipsistic and ill-fated nostalgia for a homeland.

Sadly, Luxemburg was prescient. Over the decades, the ruling tendencies of Zionism have mutated into an unpardonable chauvinism; bolstered by the paranoia of national security and the crushing of the labour movement, the tragedy is that Israeli society has come to bear the imprint of so many of the racist nationalisms from which its founding settlers had fled.

But that history is a warning against all nationalisms, and rightly; it says nothing about the specific legitimacy or otherwise of Zionism itself, whose various incarnations share only the distinct belief that Israel ought to exist. Even today, antisemitism pushes thousands of Jews to the Israeli state.

Anti-Zionism, from this perspective, operates as the unique denial of an historically oppressed minority’s right to self-determination. No such attitude would be taken of any other national group.

This is the logic from which antisemitism is bred; and its historical antecedents should have long warned us against it. From the 1950s and beyond, Stalinists of the Soviet Union vulgarised Zionism as ‘settler-colonialism’ as a way of legitimating their obsession with Russian Jews whom it routinely paraded as power-hungry mercenaries of the West.

To have any sense of the oppression that motored the early waves of Zionism means rooting out these absurd and deadly caricatures.

Reflexively dismissing the charge of antisemitism as a plot to unseat Jeremy Corbyn comes from precisely the same conspiratorial logic as antisemitism itself: it is a denial of agency over our own ideas and methods of political organisation.

So far, the centrist plan to ‘tackle antisemitism’ in the Labour Party has amounted to a heavier reliance on internal party bureaucracy – more investigations and more powers to a ‘Compliance Unit’ to root out activists far beyond the pale of any democratic accountability.

But antisemitism is a problem with faulty ideas, not individuals; it corrupts our solidarity with foreign peoples and estrange one of the world’s most historically oppressed minorities from the cause of labour. There are better ways to build internationalism – and better ways to ‘criticise Israel’.

Labour’s left flank has had some astounding victories over the past few months – now we need the intellectual integrity to be worthy of them. If we do not call out our own prejudices, then those who would return us to the footnotes of history will do so on our behalf.

They may very well succeed, and perhaps they would be right to try.