Since most Leave campaigners support deregulation, it's likely that Brexit would facilitate evasion 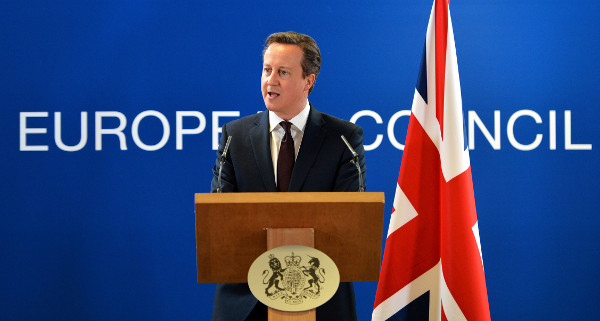 The 11.5 million documents that make up the Panama Papers represent the biggest leak of its kind in history and reveal the shocking scale of tax avoidance around the globe.

But it is we in the UK who should be most alarmed and embarrassed, since more than half of the 300,000 firms listed as clients of corporate service provider Mossack Fonseca were registered in the UK or British-administered tax havens.

Non-EU members have come off badly from the leak. Switzerland, for example, is revealed as having facilitated Vladimir Putin’s tax avoidance and Iceland’s Prime Minister resigned over his connections to an offshore company with a potentially multimillion-pound claim on the country’s collapsed banks.

Yet, the huge number of UK registered companies exposed by this leak, and past revelations such as LuxLeaks, demonstrate that EU members also facilitate widespread tax avoidance.

A vital question to consider, therefore, is whether the UK would do more to clamp down on tax avoidance if it left the EU?

Chancellor George Osborne’s claim to be cracking down on tax avoidance is exposed as completely hollow by the Panama papers. Indeed the revelations suggest past and present members of the government and their donors are using tax havens to avoid paying their fair share of tax.

But obstruction is the name of the game when it comes to tackling tax avoidance. For example, the government privately lobbied the EU to remove Bermuda from an official blacklist of tax havens, a place where Google reportedly amassed £30bn in profits.

Not surprising perhaps, given the irony that HMRC has since 2001 rented its 600 regional offices from a company based in Bermuda. And now we learn David Cameron intervened personally to prevent offshore trusts being included in an EU-wide crackdown on tax avoidance and that he personally benefitted from cash staked in his father’s offshore firm.

Since deregulation is a common ambition of the majority of Leave campaigners, the likelihood is that a UK outside the EU would enable tax dodgers to bypass EU efforts to combat the problem. It therefore stands to reason that a post-Brexit UK would likely operate in a way that facilitates even more tax avoidance.

So with the UK government doing so little to tackle tax avoidance, are there better efforts being made at an EU level?

In 2015, the Commission published a document identifying five key areas for action. Central to its plans is the establishment of a Common Consolidated Corporate Tax Base across the EU and reforming laws on corporate taxation to provide a solution to the problem of profit shifting in Europe.

The Commission has said that it is on track to adopt the proposals this autumn.

Then, at the beginning of 2016, came the Anti-Tax Avoidance Package, which sets out six key anti-avoidance measures with legal force, seeking to block the most common methods used by companies to avoid paying tax, including a measure to deter profit shifting to low or no tax countries.

These proposals are a step in the right direction, but Greens want the EU to go further. We are calling for a European Directive to protect whistleblowers who act in the public interest, because without them we would have no insight into the secretive world of tax avoidance.

We also want greater tax transparency, full public country by country reporting, a ban on shell companies, the sanctioning of intermediaries who help their clients hide their money offshore, as well as the sanctioning of tax havens themselves.

Ultimately, tax avoidance is a global problem which, as the Panama Papers have revealed, the UK and British-administered tax havens play a huge part in. There is a growing consensus among European countries that unilateral action is insufficient to tackle this global problem.

Good efforts are being made at the EU level to tighten up laws and bring about a coordinated response to it. It is therefore important that the UK remains a part of these efforts and is held to account when it tries to block such efforts at the EU level.

Leaving the EU might help a few wealthy elites protect their wealth and avoid tax, but for the vast majority of us it will mean a further erosion of the tax revenues that we need to build a fairer society.

Molly Scott Cato is Green MEP for the South West of England, elected in May 2014. She sits on three committees in the European Parliament: Economics and Monetary Affairs (ECON), Special Committee on Tax (TAXE) and Agriculture and Rural Development Committee (AGRI). She is also Green Party speaker on economy and finance and has published widely, particularly on issues related to green economics. Molly is formerly Professor of Strategy and Sustainability at the University of Roehampton.

2 Responses to “Would Brexit help us clamp down on tax avoidance?”