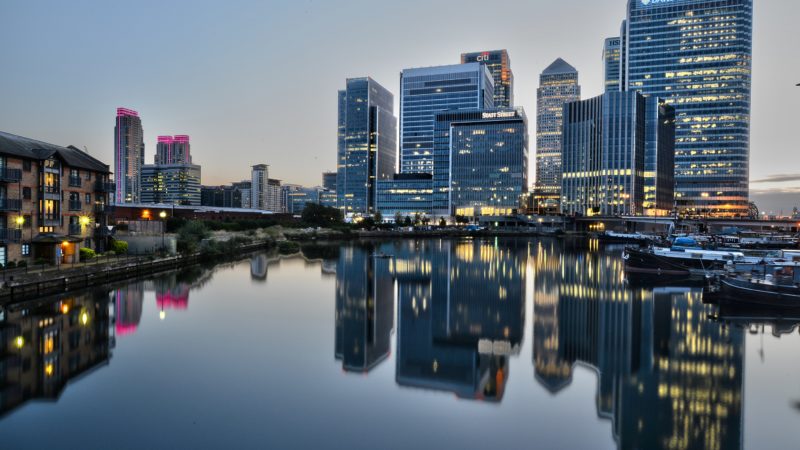 Two separate stories that have dominated the media over the past few weeks, on either side of the Atlantic, have been instructive in highlighting the subtle ways in which our political leaders are influenced by the company they keep – and why this has led to such a big divide between them and those they are supposed to serve.

In the US, Hillary Clinton has been under scrutiny over speeches she gave to banks, including Goldman Sachs, in return for six figure sums. Bernie Sanders, her rival for the Democratic nomination in the Presidential race, has stepped up his attacks on Clinton over the issue.

In a televised debate ahead of this week’s New York primaries, Sanders was asked by debate moderator Dana Bash to ‘name one decision that she made as senator that shows that she favoured banks because of the money she received’.

In his response, Sanders referred somewhat vaguely to the lack of action to deal with the ‘fraudulent operators’ responsible for the 2008 financial collapse. To Clinton, this was proof that she had done no wrong: ‘he cannot come up with an example, because there is no example’.

While this has been questioned — Senator Elizabeth Warren alleged in 2004 that Clinton had been directly influenced in a Senate vote by corporate money — asking for a specific example largely misses the point about the way big corporations exert influence on political decision-makers.

Rather than Clinton being influenced by a suitcase full of money with a list of instructions at the bottom, influence is applied far more subtly. Quite simply, when you spend most of your time rubbing shoulders with financiers, chief executives and other millionaires — and when they become the people you most readily identify with — you are more likely to share their views.

Responding to the Goldman Sachs speech controversy, Clinton asked, ‘Why is there one standard for me, and not for everybody else?’

But everybody else doesn’t get paid hundreds of thousands of dollars to speak to a room of Gordon Gekkos for a couple of hours. Bernie Sanders doesn’t. Ordinary American workers don’t.

Sure, she was referring to other politicians who have received similar sums for private speeches – but to ignore legitimate questions about how her decisions as President would be affected by her close relationship with banks by saying ‘well, other people do it too’ is simply not a valid response.

Which brings us to the UK’s related story. The leaked Panama Papers showing that David Cameron benefitted from money held offshore by his father didn’t expose any illegal activity by him or his father.

But it did further highlight just how different Cameron’s life is to the vast majority of the British citizens he is supposed to represent. As Frankie Boyle wrote in a recent Guardian article on the subject, where he wrote: ‘Politics is full of people who don’t know the price of a pint of milk but do understand the incorporation of a shell company. Why wouldn’t they have a trust in Panama?’

And, one might add, why would clamping down on tax avoidance be a priority for Cameron when he’s grown up seeing it as an acceptable form of financial management?

It is important to highlight the fact that the Panama Papers exposed far worse wrongdoing by other political leaders: the revelations about the financial affairs of close associates of Russian President Vladimir Putin and Pakistani President Nawaz Sharif, for example, show what real corruption looks like.

I’d rather live in the UK or the US, where there are at least reasonable checks and balances on our political leaders than one, like Russia, where its President can take vast sums of money from public reserves and prevent the media from reporting it.

But just because the political systems in the UK and the US are better than in other countries, doesn’t mean we have to settle for it. After all, we live in a country where a minister was discovered to be secretly handing information to a private company he was supposed to be regulating, and actually ended up being promoted.

The stories about Clinton and Cameron don’t show them to be corrupt politicians. But they do show that it’s a problem when our politicians are too close to bankers and chief executives (the one per cent, to use the language of Bernie Sanders) and too far removed from the lives of ordinary citizens.

We need to talk more about the political funding system, the lack of politicians from lower income backgrounds, and the ‘revolving door’ that sees ex-politicians move seamlessly into top business positions.

Until we do, disaffection, distrust and outright hostility will continue to characterise the relationship between politicians and the people.

Aidan Rylatt is a Politics Masters graduate and has worked in Parliament, local politics and public affairs