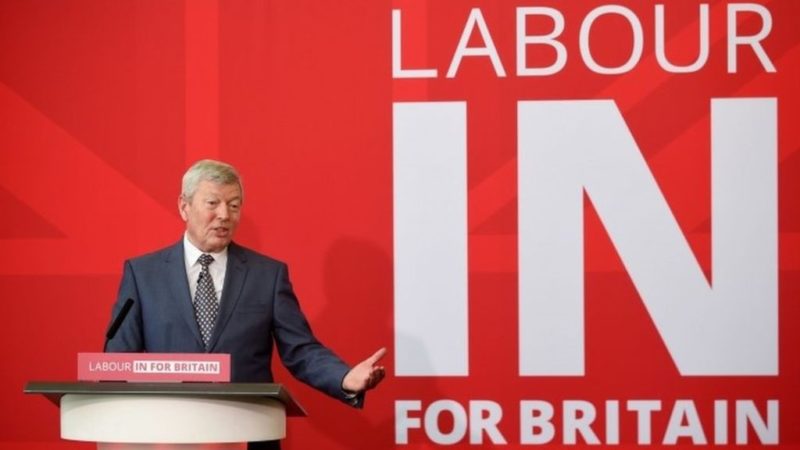 Trade unions representing nearly four million workers have come out in support of Britain staying a member of the European Union.

Yesterday the Communication Workers Union (CWU) became the tenth trade union to back a vote for continued EU membership in the June 23 referendum.

Their nearly 200,000 members brings the total number of workers represented by unions backing remain to 3,977,118. This includes the country’s biggest unions Unite, Unison and the GMB. 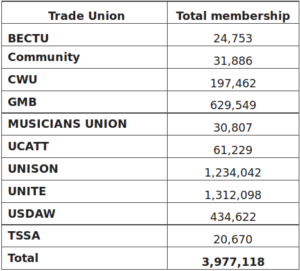 (Source: Labour In For Europe)

Alan Johnson is expected to say:

From nurses and builders, to railway workers, steel workers, postal workers and shop workers, trade unions will be campaigning for a Britain that Remains in Europe.

The rights of working people are protected by our EU membership and Labour and our union movement are united in campaigning for Britain to Remain in Europe.’

On leading Brexit campaigners Michael Gove and Boris Johnson, he will say:

‘their vision is a small state with few, if any, workplace rights, and the Thatcherite ‘supply side’ economy that Nigel Lawson was eulogising the other day.

They know the EU protects workers’ interests, and it’s one of the principal reasons why they want to leave the EU.’

‘For all its problems, the reality is that most of the protections workers have in this country have come from Europe.

If Brexit succeeds, Cameron and the Tories will attack workers’ rights again in the same way they are attacking the trade union movement now.’

‘CWU members and all working people are stronger in Europe, as trade with the EU creates jobs and keeps prices lower, while EU law guarantees crucial rights at work like maternity and paternity leave, paid holidays, and equal treatment for agency workers.
Leaving Europe would be a leap in the dark that would put jobs and workers’ rights at risk.’

* Will Straw is also founder of Left Foot Forward