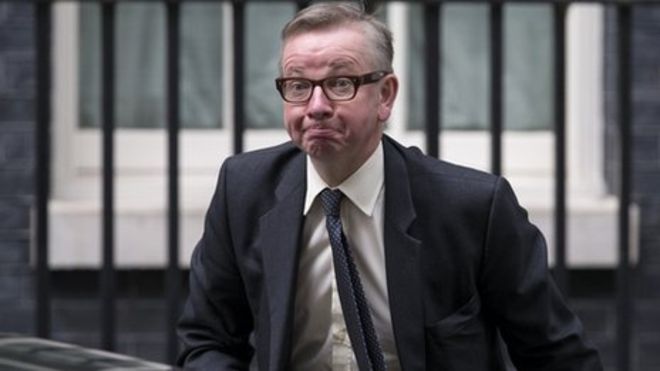 Michael Gove’s case for Brexit just suffered a mortal wound at the hands of the prime minister of a tiny southern-European republic.

A central part of the justice minister’s argument has been how Britain could join a ‘free-trade zone’ of countries outside the EU, including Bosnia, Serbia and Albania. Last week, in his big Brexit speech, Gove said:

‘There is a free-trade zone stretching from Iceland to Turkey that all European nations have access to, regardless of whether they are in our out of the euro or EU.

After we vote to leave we will remain in the zone. The suggestion that Bosnia, Serbia, Albania and Ukraine would remain part of this free-trade area — and Britain would be on the outside with just Belarus — is as credible as Jean-Claude Juncker joining Ukip.’

As it turns out, the joke is on Michael Gove. Today the prime minister of Albania, Edi Rama, responded to the idea Britain could thrive outside the EU by adopting the Albanian model of trade relations. In an article for The Times, (where Gove used to work as a columnist), Rama said:

‘Perhaps we ought to be flattered that little Albania has become central to Britain’s Europe debate.

But when I saw the story of Michael Gove’s suggestion that Britain could abandon its partnership with Germany, France and other EU countries and instead enter into a non-EU partnership with Albania, Kosovo, Serbia and Bosnia, my immediate reaction was: ‘Isn’t that a bit weird?”

Indeed it is. Here are three key points the Albanian prime minister makes on why, contra Michael Gove, Albania is not a model for Britain after Brexit:

1. Albania doesn’t want to form a trading block with Britain. Whatever Michael Gove might imagine, there is no Albanian interest in a special ‘free-trade area’ outside the EU. As Rama writes, ‘I am not convinced that it would suit either our or Britain’s 21st-century needs to create this new BBC, the British-Balkan Confederation’.

2. Trade outside the EU sucks. Far from boosing trade for Britain, leaving the EU would create a series of headaches. Rama speaks from experience: ‘We have only limited access to the EU’s market in services, and no passport for financial services.

‘Our banks cannot operate across Europe, as British and British-based banks can. We are outside the EU’s customs union, meaning that we face costly red tape and rules of origin for exporting businesses.’

He adds that Albania would not benefit from any trade deal made by the EU with non-EU countries, (the United States being a salient example).

3. Albania wants to join the EU. It’s little surprise then that Albania is so keen to join the European Union. Apart from the economic benefits on offer, Rama argues this cross-party desire has helped bring peace to Albania, both internally and through better relations with neighbouring countries, notably Serbia.

As Rama writes: ‘Not only does the EU have ideals and values that we aspire to, but […] it is because of this aspiration that we have changed our long history of wars and bloody conflicts, and entered a new era of peace and cooperation.’

I would be fascinated to hear how Michael Gove responds to this latter point, and whether it might cause him to reflect on the destructive path he hopes to chart.

Perhaps he would warn Rama, and others like him, of how they are delivering Albania into the hands of ‘Soviet-style’ Brussels Eurocrats. Well, the leader of this former Soviet satellite, like so many before him, appears to feel differently.

Adam Barnett is a staff writer for Left Foot Forward. Follow him on Twitter@AdamBarnett13

This article has been amended to reflect that Albania was not a Soviet republic, as previously stated.