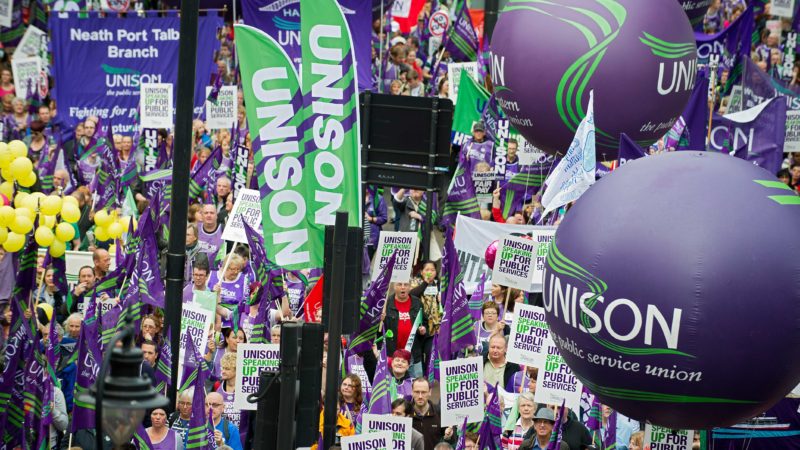 The passage of the Trade Union Bill has certainly been a stormy one, with a triple whammy of defeats for the government at Report Stage in the House of Lords.

Yesterday, the government backtracked on its plans to stop payroll collection of union subs (known as ‘check-off’), in response to what the government Minister Lord Bridges called ‘cannons’ from all sides of the House of Lords.

The government’s proposals have been widely criticised by unions, public sector employers and Lords on all sides of the House. For example Lord Kerslake, former Head of the Civil Service had labelled the proposals ‘extraordinarily centralising and completely disproportionate to the issues involved’.

UNISON – which has negotiated more than 7,000 check-off agreements with public sector employers – has called the proposals disruptive, centralist and making absolutely no sense. They marked a clear move on behalf of government to put a dent in union membership in the public sector, despite it being the easiest way for union members to pay their subs and one that has worked effectively for decades.

As the minister conceded yesterday, some low-paid workers may have had no choice but to forfeit their membership if forced to move over to direct debit. Former Conservative Minister Selwyn Gummer (Lord Deben) commented that it would have been nonsensical for the government to justify the ban on check-off by claiming it was an out-of-date practice. ‘There is nothing non-modern about the check-off system’, he argued.

The government has pledged to introduce an amendment to the Bill at its 3rd Reading retaining check-off arrangements where unions cover the administrative costs.

Proposals on check-off were not the only controversial measures debated by the House of Lords this evening. The Lords also considered wide-ranging investigatory and enforcement powers of the Certification Officer (CO), the government agency which currently resolves disputes between unions and members.

If the Bill becomes law, the CO would become a fully-fledged enforcement officer who would be able to carry out investigations into a wide range of trade union democratic activities. Unions would also have to comply with new bureaucratic regulations, tying unions up in £37m of new red tape.

The government has come under fire for proposing unions cover the substantial costs of its regulator through a new levy, especially when unions have an excellent record of meeting their existing statutory obligations and the proposed increase in powers are unprovoked and unjustified.

Following pressure from peers, the government has announced unions will no longer be required to pick up the full tab. Rather, the government has committed to consult the TUC and ACAS on the future levy. Baroness Neville-Rolfe also announced that the appointment of the regulator will not be subject to Ministerial direction or interference.

The Bill will return for its third reading on 25 April. After that it will be up to the House of Commons whether they uphold the Lords amendments to the bill.

Of course, the TUC hopes MPs will vote against this unnecessary bill in its entirety.

All in all, the report stage has demonstrated the success of union campaigns in convincing peers from across the political spectrum that the Trade Union Bill marks an unnecessary, undemocratic attack on the rights of working people and on the ability of trade unions to represent their members in the workplace.

Hannah Reed is a senior policy officer at the TUC