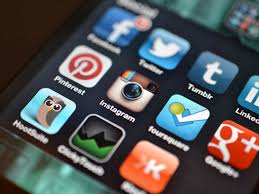 The Counter-Terrorism Internet Referral Unit have today launched a 36 hour drive to rid the internet of terrorism.

Given that Daesh produce upwards of 38 unique pieces of propaganda each day, much of which is in English, and operate with a node or network system whereby its many thousands of supporters willingly disseminate it far and wide, this would seem long overdue.

Last year CTIRU removed upwards of 50,000 pieces of pro-Daesh content. With the group using the internet to target marginalised young people across Europe to become cannon fodder as foreign terrorist fighters or perpetrators of attacks like the ones we have seen in Brussels and Paris in the last six months, this is an important part of the fightback.

But we should not kid ourselves. For every Daesh Twitter account that is taken down, another one pops up. And this group, despite its seventh century medievalism and 20th century fascistic politics, is firmly situated in 21st century tactics and knows that Web 2.0 is user-generated and dynamic rather than static. It has built echo chambers in the virtual communities where it finds support, where the radicalised and the radicalising mutually reinforce their hatred of the West and their violently politicised interpretation of Islam.

Removing online pro-terrorist material may frustrate the populations of these self-selecting virtual communities and, if the data is collected properly, will help the authorities get a better picture of those who support terrorism in Britain and those who are at-risk of doing so soon. But it may also reinforce the idea amongst them that they are victims of the West and that the authorities are targeting them because of their commit to Islam (because for them Daesh and Islam are entirely synonymous.)

And this is the challenge we all face in our work to prevent radicalisation and counter extremism. It is very hard to take just one approach because of the unintended negative consequences to other approaches and to the broader strategic picture.

So how do we mitigate these risks? Because we all agree we are safer without a piece of terrorist content online than with it, and that is surely multiplied if there are 50,000 pieces.

Well I think we need to do three things. First, and I commend the government’s progress in this space: we need to be more open and more transparent about what we are doing and why. It is therefore a good thing that we all know about this 36 hour drive to report and take down online terrorist material. To have done so under a veil of secrecy would have reinforced the commitment to conspiracy theory of many who buy into Islamist extremist narratives.

Secondly, we need to do more to prevent people getting into these self-selecting echo chambers in the first place. Beyond CTIRU, this requires the rest of society to take a proactive role to safeguard all young people, through education and raising awareness. For this, we need to help families to engage in this space and the new FATE – Families Against Terrorism and Extremism – network is trying to do just that.

We’ve got to back this call-to-action up with proper support and resources for families, just like the government is doing with another important group of people, teachers, with the Educate Against Hate programme, and amplify some of the great work going on locally.

Thirdly, we need to counter Daesh’s ‘them vs us’ narratives, and present alternative narratives about the positives of being British and Muslim in 2016. This work is happening, and being led by non-governmental organisations, with some great content coming out.

Family-oriented content is housed by the FATE network and we must all now work together to ensure this gets to the families who can play such a proactive role in protecting their loved ones.

Those attracted to terrorism are not so different from us – family means an awful lot to all of us, and while government may struggle to penetrate online echo chambers, families are on the frontline are can make the crucial difference in preventing tragedies and keeping our county and communities safe.