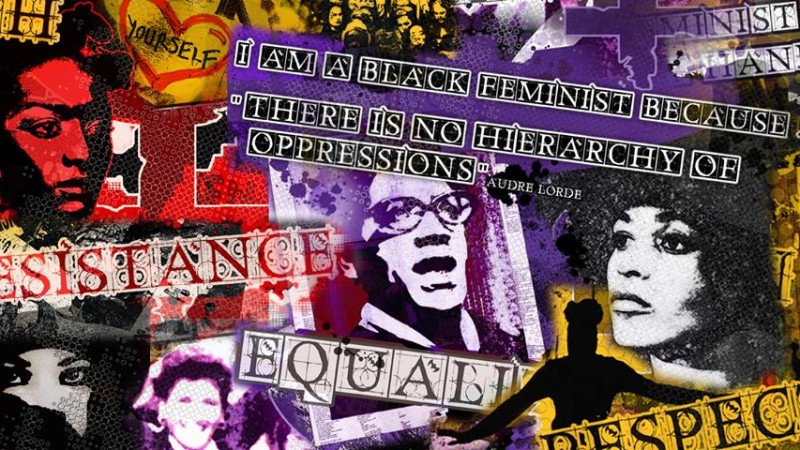 Today is International Women’s Day, a day when we all unashamedly talk about feminism. For me, and many others, that means talking about an intersectional sort of feminism.

People recoil at the mention of the word intersectional, it’s one I’ve been told to avoid: It’s too abstract! People don’t understand what it means! But the basic principle, informed by a long history of protest and writing, is vital to an inclusive feminist movement. Women of colour are discriminated against because of their gender and their race.

In Britain, as in many Western countries, women of colour tend to do badly out of the political system – while they’re forced to shoulder the blame for problems they’ve had no hand in creating.

Take austerity. A Western financial crisis caused by millionaire bankers who cared so little about the volatile system they were creating that they barely flinched when it blew up in their faces – and it’s the poorest in society who suffer the most.

It’s well documented that women have been disproportionately affected by the Government’s economically illogical austerity package. What’s less spoken about is women of colour are hit particularly hard: one study in Coventry found post-crash unemployment rates among minority ethnic women were especially high.

This double discrimination has a long history. Unsurprisingly, then, it predated the financial crash. In 2009 a report found women of colour were poorer, less healthy, less educated and had worse levels of representation in places of power than white women. Historically women of colour have been overlooked; yet few politicians are making any real moves to do anything about it.

With another round of swingeing cuts on the way, the government look set to ignore pleas to ringfence the budget for black, Asian and minority ethnic women who have suffered abuse. Over the past 12 years, around a quarter of services for women of colour have been forced to close.

This is a vital loss because women of colour often benefit from tailored services, and evidence from the mental health services suggests they might want the option of speaking to other people of colour so they’re less likely to encounter racism.

When they are paid any attention at all, women of colour are usually used for political gain. At his Conservative party conference speech, David Cameron lamented the products of entrenched racial stereotypes, which hold back people of colour from succeeding in the job market. But he won’t do anything to challenge them. In fact, he’ll go so far as to repeat them.

A little under two months ago Cameron took the charming view that Muslim women (yes, specifically Muslim women) have to learn English to help stop radicalisation. While puffing up his white saviour chest, he conveniently forgot that his government had cut funding for English as a second language classes (ESOL) and that radicalisation isn’t exclusively a ‘Muslim’ problem nor is it connected to English classes.

Access to English lessons should be a fundamental right. But Muslim women became a device picked up by David Cameron to prove his toughness on terrorism and reinforce the supposed link between extremism and Islam. Little did it matter that this could bolster the surge in violence against Muslim women, his big announcement had nothing to do with concern for women of colour.

None of this is to say women of colour are passive victims. There are plenty of women doing amazing, political, creative, life-changing and crucial work across the country.  It’s just that too often stereotypes, like ones perpetuated by Cameron, dominate.

And so society ignores the complex realities of what it is to be a minority ethnic woman in British society. International Women’s Day is as good a day as any to start broadening that scope.