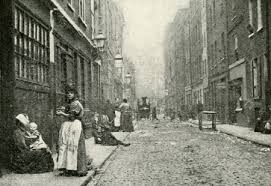 In 1902 the novelist Jack London begged his readers to take heed of the ‘thirty-five thousand’ homeless sleeping in London that night in an invective against the ‘myriads’ permitted to ‘raise the cry of hunger … in the greatest empire in the world’.

His estimation of the number of homeless people in the capital city alone might have seemed a bit of an exaggeration, but it wasn’t far off: the 1906 Departmental Committee on Vagrancy suggested that in England and Wales there existed a hardcore of 20,000 to 30,000 permanent vagrants.

Today levels of homelessness in the UK have returned to this level, but with one major difference: the factors that caused the numbers to diminish in the early twentieth century (a move towards greater socio-economic equality and a rise in the availability of social housing) are now in reverse.

The controversial Housing and Planning Bill currently making its way through the House of Lords is set to ensure this trend.

According to the charity Crisis, a total of 275,000 people approached their local authority for statutory homelessness assistance last year. This is 34 per cent higher than 2010 figures.

It’s still lower than previous levels, but these figures are partly skewed as the surge in the late 90s and early 00s reflects the flood of applications that followed the implementation of new legislation. This makes the recent rise far more statistically significant than it at first seems.

In terms of the modern day equivalent to ‘permanent vagrants’: at least 75,000 people currently use hostels every year, whilst 7,581 rough sleepers were counted on the streets of London in 2015. It has been widely reported that the number of rough sleepers has doubled in the past five years.

As in 1902, when the majority of homeless people weren’t actually on the streets but were to be found hidden away in casual wards, common lodging houses or in accommodation provided by charitable organisations, the UK still has a dispersed and partially hidden population roughly the size of Salisbury living without a fixed abode.

What, then, are the causes of this apparent return to early twentieth century levels of homelessness?

A major factor, without doubt, is the current trend in capital accumulation taking us back to nineteenth century levels of inequality. As the social geographer Danny Dorling recently pointed out, we’ve reached a stage where 50 per cent of the population share only 6 per cent of the total wealth.

At the bottom of this pile, the UK is witnessing the emergence of a new class, defined by economist Guy Standing as the precariat: ‘a multitude of insecure people, living bits-and-pieces lives, in and out of short-term jobs’, constituting about 15 per cent of the population.

These people are on the breadline. Their poverty—dependent as they are of zero-hour contracts, food banks, social housing and other forms of rapidly vanishing welfare support—easily tips over into homelessness.

The analyses of experts like Piketty, Dorling and Standing make it clear that these problems are systemic, rather than being the fault of the individuals concerned. They also suggest that the primary causal factors probably can’t be overturned without major fiscal and structural transformations.

In other words, they’re here to stay. But there is one variable that remains (just) within the domain of the possible, and that could make a huge difference to those affected – and that is social housing.

Looking at the history of homelessness in the UK attests to what should be obvious: that the scale of homelessness is closely connected to the availability of government subsidised accommodation.

In 1902 (the same year Jack London wrote The People of the Abyss) Charles Booth published his famous survey of London life, in which he concluded that 30.7 per cent of London was either ‘poor’ or ‘very poor’.

Two years later, George Bernard Shaw reflected on the role that municipal government might have in bringing about an end to this worrying state of affairs:

‘Until the municipality owns all the land within its boundaries, and it is free to deal with it and build upon its grounds as our landlords are at present, the problem of housing cannot be satisfactorily solved’.

Twenty-five years later, sociologists at the LSE conducted a new survey that applied the Booth standard to 1929. They found that 6.6 per cent of Londoners had fallen into the same group.

Shaw’s vision was becoming a reality. Between the two world wars fourteen Housing Acts were passed, basically ensuring that local authorities were to become the main instruments for making up the housing shortage. In London 86,700 new buildings were erected in the period leading up to 1938, providing over 300,000 habitable rooms.

As the social housing historian John Burnett puts it: ‘it had become abundantly clear that both market forces and philanthropy had failed to solve the problem of the labourer’s dwelling’, and so municipal authorities had stepped in.

Of course the problems weren’t entirely solved. The historian Lionel Rose has suggested that in 1931 numbers of homeless people using casual wards or sleeping in common lodging houses combined to over 32,000. This was almost double what it had been at the end of the war – a result of the depression.

In 1931 the MP and social explorer Frank Gray wrote: ‘the English public is accustomed to the sight on every main road of a procession of unhappy, ill-clad, and frequently unclean men ambling along to an unknown destination’. Things had improved but there was still some way to go.

The interwar model for social housing found fuller expression in post-war housing policies. During the sixties, state sponsored house building peaked with 400,000 homes built in a single year. Gradually the UK moved towards the situation in which 42 per cent of the population in 1979 lived in social housing, now down to just 8%.

How did this impact on levels of homelessness? Rose points out that in 1949 the London County Council night census found six people sleeping out in central London. Accordingly the number of reception centres for homeless people dropped from 134 in 1948 to just 17 in 1971.

Right-to-buy and other enlightened Conservative policies have kicked all this into reverse.

The idea was to do away with state dependency by turning us into a nation of homeowners. Yet that isn’t what has happened. According to figures from the Office of National Statistics home ownership fell for the first time in a hundred years during the first decade of the twenty-first century, from 69 pr cent to 64 per cent.

With fewer people in social housing and fewer people owning their homes, the void has been filled by the massive expansion of the rental sector, unsurprising given the fact that 40 per cent of ex-council properties have now entered the rental market. Currently, over 50 per cent of London residents rent.

Just as in 1904, when Shaw made his remarks about the dangers of depending upon private landlords, those who have been pushed into this market are feeling the pressure. In London rent is increasing at a rate of 4.2 per cent annually.

Nationwide, it was recently reported that a quarter of 20-34 year olds cannot afford to move out of their family homes. Of course this mass displacement is the driving force behind the surge in homelessness described above. In the past five years statutory homelessness owing to the pressures of the rental market has quadrupled, to 16,000 annually.

Few can doubt that the Housing and Planning Bill will similarly result in a reduction of social housing. As the housing charity Shelter have predicted, ‘approximately 180,000 affordable low-rent homes could be sold or not built in the next five years’ because of the bill.

Brandon Lewis, the Minister of State for Housing and Planning, believes that the 275,000 new Starter Homes he has promised to deliver by 2020 will compensate for the mass sale of council properties. He has routinely pointed out that this far outdoes the New Labour average of 562 council houses a year.

Though Lewis is right to draw attention to this major failure on the part of the Blair and Brown administrations, there are plenty of causes to doubt his optimism.

To begin with, research carried out by the Cambridge Centre for Housing and Planning suggests that the UK needs just under four times what the government has promised to adequately deal with the present housing crisis.

Then there’s the concern, recently raised by Jeremy Corbyn, that such promises aren’t to be trusted: in Ebbsfleet only 368 of the promised 15,000 homes have so far been built.

Yet the main objection to be made against the Starter Homes scheme is that the 20 per cent mortgage discounts are simply not an option for those most in need.

As a substitute for low-rent social housing, Starter Homes will not be affordable for the 1.8 million people currently on the waiting list for council homes (a figure that has increased by 81 per cent since 1997). Already on the receiving end of £12bn cuts to welfare spending, and facing spiraling rent, these people are not potential homeowners.

As the sociologist Mike Savage recently pointed out in his book on newly emergent class divisions in Britain, 59 per cent of people affected by the bedroom tax have already gone into arrears over increased rent payments. A recent decline in the availability of hostel beds means that there are fewer and fewer options for these people.

What exactly their fate will be, or what will happen to the hundreds of thousands of the UK’s very poorest soon to be affected by the proposed housing bill, remains to be seen.

Luke Davies is a researcher at University College London, working on the history of UK homelessness

7 Responses to “Homelessness has returned to 1900s levels”