The ceasefire will fail because it allows the regime to continue the war against the Syrian population, but prohibits the opposition defending itself 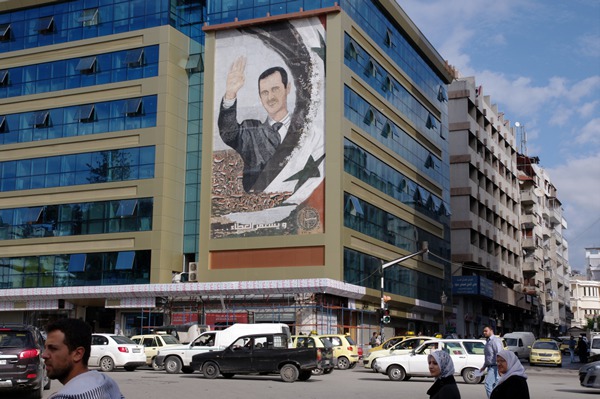 At midnight on Friday a ceasefire began in Syria. It was billed as a prelude to negotiations that restart on 7 March, and which are supposed to lead to a political transition that will end Syria’s war. The chances of success on either front are slim.

This was the second February ceasefire attempt – the first, on 19 February, failed without even the pretence of starting. The pretence is still being maintained this time around, but the structural problems with the ceasefire’s design – namely that it allows the regime of Bashar al-Assad and his supporters to continue their war against the Syrian population, while restraining the opposition from defending itself – ensure that it will fail and the West’s purported allies within the opposition will be worse-off, both during the period of faux-ceasefire and afterwards.

The Geneva III peace process was a dangerously misconceived effort. After Russia’s intervention in Syria on 30 September the Assad regime was simply too strong. With no US willingness to change the balance of power inside Syria it meant that either the process was preserved and ‘peace’ was redefined as regime victory, or the process was surrendered and peace on some more humane terms was sought by empowering the rebellion to enforce such terms on the regime in future negotiations. The US chose the process.

The US’s emphasis on process over substance can be seen in all kinds of ways.

The opposition – armed, political, and civil society – put together a delegation in December, the Higher Negotiating Committee (HNC), which was to partake in Geneva III. The HNC said it would not sit with the regime until aerial bombardment and the starvation of civilian areas was ceased. US Secretary of State John Kerry agreed with the regime position that this was a precondition not conducive to negotiations – the HNC should barter about the cessation of war crimes and access to basic humanitarian supplies.

After Geneva III was suspended when the ‘regime’ – foreign forces led by Iran and enabled by Russian airstrikes – tried to take Aleppo City, using the negotiations to buy time, Kerry told an enquiring Syrian, ‘blame your opposition’: if only they had sat with Assad, this would not have happened.

Kerry denies that he meant to blame the opposition for the Aleppo offensive, yet there has been no denial of his other reported statement at the same event, that ‘the opposition will be decimated‘ by Russia if they don’t start negotiating. Note that Kerry didn’t even offer a pro-forma US objection to such a policy. Instead he used the spectre of Russian war crimes to browbeat the opposition into participation in a process that is geared toward a political settlement on the regime’s terms.

Perhaps most notable in the process-over-substance category is that Russia’s war to save Assad now has international sanction.

The ceasefire excludes, quite properly, the so-called Islamic State (IS), which is located in areas of eastern Syria that are clearly delineated from everyone else – though Russia’s airstrikes kill huge numbers of civilians on the rare occasions they are directed into IS-held territory.

The ceasefire also excludes Jabhat al-Nusra, al-Qaeda’s Syrian branch, which is theoretically unproblematic and practically complicated since Nusra has seeded itself throughout opposition-held areas as part of its strategy to embed in Syria for the long haul. Russia wishes to use this fact as a fig-leaf to continue its systematic targeted campaign against moderate rebels, specifically those backed by the CIA.

Moscow can now try to eliminate the nationalist and US-backed opposition while officially sticking to the ceasefire, and the US has already endorsed this understanding of the Nusra exception. ‘If you hang out with the wrong folks, then you make that decision,’ says the White House press secretary. It can be guaranteed Russia will claim that whoever it bombs were ‘with the wrong folks’.

Russia’s primary goal in Syria is not defeating terrorism; it is saving Assad.

To that end, Russia has the short-term goal of militarily securing regime areas in western Syria and the long-term goal of securing the regime politically by making the choice binary – Assad or Islamist terrorists. Since IS, ensconced in the east, offers little immediate-term threat to the regime, Russia leaves IS alone. Indeed Russia helps IS expand by, for example, bombing rebels out of the way in Aleppo.

This is a continuation of the regime’s strategy. In the earliest days of the uprising, when it was still peaceful street demonstrations, Assad widened the crackdown on the secular activists and released from jail hundreds of Islamists, including jihadi-Salafists that Assad’s intelligence services had once facilitated in joining IS’s predecessor to kill Western troops and Iraqi civilians. The regime and its allies will fight IS eventually, but only once they have eliminated all other alternatives.

If Russia opposed Islamist terrorism, it would not be providing airstrikes for a ground force advancing on Aleppo that is made up of Iran’s Islamic Revolutionary Guard Corps-Quds Force (a designated terrorist group) and its proxy militias, composed of Shi’a jihadists, including Lebanese Hizballah and Kataib Hizballah from Iraq, both designated terrorist organisations.

In this the failings of the ceasefire can be seen clearly. Nobody is allowed to strike any of the regime’s forces or its allied terrorist entities that have Western blood on their hands.

IS and al-Qaeda are understandably not expected to abide by the ceasefire. So the only party expected to de-escalate is the nationalist opposition, the only force that hasn’t committed systematic war crimes. In the meantime the opposition can expect to be bombed by Russia and mislabelled as al-Qaeda, with tacit US support.

Modern warfare is PR by other means and Russia knows this as well as anybody, so there has been a temporary de-escalation. Russia massively increased its airstrikes on Friday and continued on for about an hour after the ceasefire formally began; since then Russia and the regime have attacked targets from north to south in Syria, including allegedly with poison gas. But it is still less than usual. Figuring out which attacks were ‘legal’ under the ceasefire rather misses the point: the pro-regime coalition sees the ceasefire as a tactic in its war.

Russia and the regime are taking the chance to consolidate the gains of recent acts of aggression and prepare for new ones, while hoping the rebels’ understandable objection to the gains made under the cover of the Geneva III process and the continued bombardment will lead to rebel attacks that can be used to blame the opposition for the breakdown of the ceasefire and legitimate an open recommencement of full-scale war.

And there will be a recommencement of war. Perhaps this ceasefire will provide a few days or a few weeks of reduced violence. Let us hope. For the regime and its allies, however, the weekend demonstrated why it has to keep killing until it reduces the options in Syria to the dictator or the terrorists.

With even the modest reduction in the threat of mass-bombardment, Syrians returned to the peaceful protests that began this uprising and the famous chant of the Arab Spring: “The people want the downfall of the regime.”

That’s not the opposition the regime needs, when it is so close to convincing the world that it is the last line of defence against terrorists that it was, until recently, helping to murder Western troops.