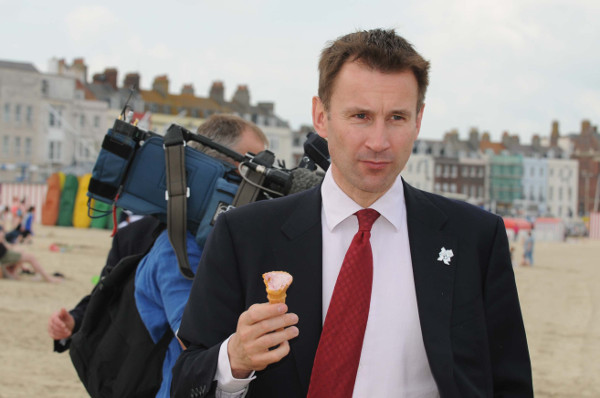 For Jeremy Hunt, it may come as a blow to hear that a seven-day NHS might not reduce the number of its patients who die over weekends.

A leaked report, produced by his own department, admits that it ‘cannot evidence the mechanism by which increased consultant presence and diagnostic tests at weekends will translate lower mortality’.

This admission undermines one of the health secretary’s central arguments in pushing for a round-the-clock health service.

However, given that almost everything Hunt has done or said in his pursuit of such a service has exhibited a flagrant disregard for the expert opinion of everyone working within it, there’s very little reason to suppose that his department’s unfavourable report will stop his crusade in its tracks.

To take an example of this disregard, the health secretary announced last week that he was launching an urgent inquiry into the morale of junior doctors. What’s strange about this announcement is that evidence of the collapsing morale of junior doctors is amply available to him, if only he would actually listen to the people with whom he has been negotiating.

One suspects that he isn’t interested so much in addressing doctors’ morale, but rather in finding ‘alternative’ explanations for it that accord more conveniently with his plans for the NHS.

When Hunt announced his unilateral introduction of the controversial junior doctors contract, he claimed his action was needed to end the ‘uncertainty’ afflicting the NHS. However, the situation already seems even more unstable in the wake of the contract’s imposition.

Already, some doctors and medical students have voiced their intention to leave the medical profession, while many more are expected to leave the English NHS to work in Scotland, Wales or further afield.

Given that Hunt wants to create a 24-hour NHS, which is predicated on the recruitment of some 5,000 new doctors, the potential departure of junior and senior practitioners from the health service would seem to jeopardise his plans.

However, as a book he co-authored in 2005 suggests, Hunt’s fundamental goal is not simply to ‘improve’ the UK’s hospitals, but to improve them by privatising them.

This is why he can afford to ignore the appeals of doctors, the findings of departmental reports, and the news that the NHS is currently suffering from a funding crisis. Doing so enables him to precipitate the failure of the health system in its current form and the gradual introduction of privatisation as a supposed remedy.

This process began with the passage of the Health and Social Care Act in 2012, when the establishment of Clinical Commissioning Groups paved the way for 40 per cent of NHS deals to go to private firms in 2014/15 (an increase of 500 per cent compared to the year before).

It’s now continuing with Jeremy Hunt’s autocratic decision to stretch junior doctors to breaking point, and to risk the future of one of the UK’s chief pillars of equality of opportunity.

3 Responses to “Comment: With the NHS in crisis, Jeremy Hunt can introduce privatisation as a remedy”