Jeremy Hunt is in good company 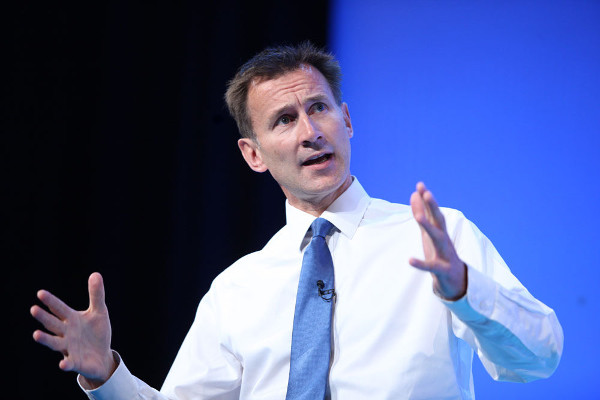 Yesterday leaked emails called into question Jeremy Hunt’s assertion that there were about 6,000 deaths a year because of the lack of ‘a proper seven-day service’.

Emails released under the Freedom of Information Act showed that the health secretary had used figures from an unpublished and unverified study, and that one of the authors of the paper was unhappy with how the figures were being used.

This is significant because the health secretary has based his argument for seven-day NHS services on these figures; junior doctors have had an unworkable new contract imposed on them on the back of inappropriate data.

This isn’t the first time that a Conservative minister has spun figures to support a controversial policy – here are five more.

1. In November 2015 David Cameron was reported to the UK Statistics Authority (UKSA) after he claimed that ’43 per cent of EU migrants rely on the support of the UK benefits system during their first four years in the country’, but provided no source or public evidence to back this up.

The head of UKSA said that the release of these statistics without accompanying background material explaining the methodology obscured the issue for the public and was ‘clearly unsatisfactory’.

Jonathan Portes of the National Institute for Economic and Social Research (NIESR) suggested that the methodology was hidden because it was flawed; it mixed research from the from the DWP and HMRC computer systems, and the completely unrelated Labour Force Survey in order to arrive at the highest possible number.

2. In 2013, Work and Pensions secretary Iain Duncan Smith was criticised by UKSA for misusing figures to make the benefit cap seem more effective than it was. In a letter, UKSA said:

“We have concluded that the statement attributed to the Secretary of State for Work and Pensions that ‘Already we’ve seen 8,000 people who would have been affected by the cap move into jobs. This clearly demonstrates that the cap is having the desired impact’ , is unsupported by the official statistics published by the Department on 15 April.”

3. In 2012, Jeremy Hunt and David Cameron were publicly rebuked by UKSA for their claim that the Conservatives had increased real-terms spending on the NHS. Following a complaint by the Labour Party, UKSA said:

“On the basis of [the Treasury’s own] figures, we would conclude that expenditure on the NHS in real terms was lower in 2011-12 than it was in 2009-10 […] “, and concluded that at best it could be said that real-terms expenditure had changed ‘very little’.

4. In 2013 the party’s then-chair Grant Shapps said that Tory welfare reforms had helped people off benefits into work, claiming that 878,000 people on incapacity benefit has dropped their claims to avoid new medical assessments for its successor Employment and Support Allowance (ESA).

UKSA said the use of ‘conflated figures’ invalidated the stated number, and also said that not everyone who did come off benefits could attribute the change to the Tory reform.

5. In 2013 senior Conservative ministers were accused of trying to cover up official statistics on housing that showed one of their key housing policies to be ineffective. While serving as shadow housing minister, Grant Shapps pledged to start a house-building ‘revolution’ by supporting self-build homes.

When Labour tried to assess the progress of this revolution, the Conservatives claimed they could not provide the information because doing so would ‘prejudice the effective conduct of public affairs’, and even claimed they needed a ‘safe space’ in which to discuss the project. The Information Commissioner of course ordered the information to be released – and it showed that the number of people beginning self-build homes had fallen.

And that’s not to mention Tory attempts to change the way child poverty is measured to obscure their dismal record on the issue; cover up the fact that they’ve broken their pledge to protect funding for councils; or cover up the impact of tax credit cuts on the lowest-paid people in society.

The Conservatives’ claim to be the party of sound economics is constantly being undermined by their efforts to ensure that facts don’t get in the way of a good story.

6 Responses to “5 times the Tories have misused statistics”