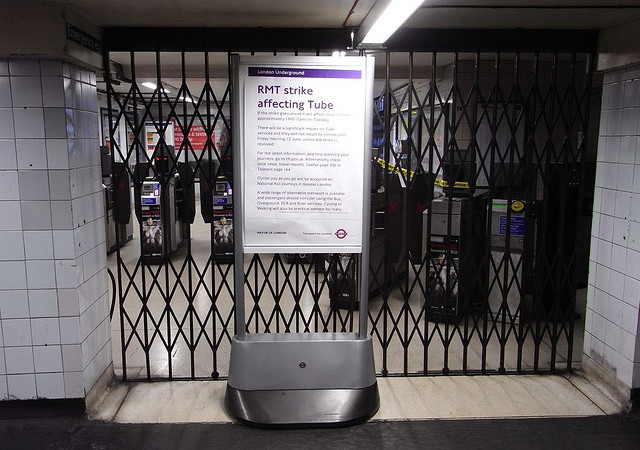 In recent years, industrial action has become an increasingly recognisable part of life. But even when strikes are called off at the last minute in an attempt to broker an agreement between the disputing parties, they are dismissed by centre-right politicians and businesses as arrogance and greed.

Striking workers are paid well enough and should feel lucky to work in industries like health and transport that are weathering the storm of austerity, they say – particularly with the public sector, people are told that they get more holidays than everyone else, and generally have a good time of it.

But this misses the point of why people strike in the first place. Health secretary Jeremy Hunt has suggested, citing a BMJ article on increased risk of in-hospital death on Saturdays and Sundays, that understaffing on weekends causes 11,000 deaths in the NHS.

This became one of the arguments he used to advocate a ‘seven-day NHS’, which in turn brought about the proposed changes to junior doctors’ contracts, the direct issue about which they are striking.

This is just one example of how the narrative of strikes is manipulated. The idea that people whose careers are predicated on caring for the sick, the defenceless, the elderly, and the infirm, would go on strike to cover up their own mistakes is ludicrous. Hunt is now being accused of ‘misrepresenting’ the figures.

Nor are the strikes about money. Indeed, the new contracts for junior doctors would include an 11 per cent pay rise. Junior doctors are striking so that that their hours are not increased to the extent that they are too tired to work safely. If mistakes by exhausted doctors became commonplace it will send the health service down the path of no return.

Strikes here are about the stability of a profession, one that predates trade unions by several millennia. This points to the wider reason for industrial action in the 21st century: it is not about withholding services, and modern strikes are not about about extracting ever more dizzying pay rises from business.

They are about securing a great future for the industries in which they work, a future that is dependent on the staff and people who work there.

When Associated Society of Locomotive Engineers and Firemen (ASLEF) members in London delivered a 97.3 per cent approval on an 87 per cent turnout to take strike action against current plans for a ‘round-the-clock’ tube service, mayoral candidate Zac Goldsmith began talking about making the tube an ‘essential service’, meaning tube drivers would not legally be allowed to strike.

Banning altogether strikes that have majority support because there is no law that could be made to prevent them just looks dictatorial. This is why the government’s new strike legislation, currently still being debated in the House of Lords, seems inherently unfair.

Two of the new provisions, the lifting of a ban on recruiting temporary workers to cover those striking, and the requirement to extend from seven to 14 days the amount of notice trade unions must provide before going on strike, are provisos designed to mitigate the effects that striking has on business.

But the point of strikes is not to harm business, but to indicate that people are so fearful of proposed working conditions that they will willingly withhold their labour from jobs that they believe in.

If the withholding of labour no longer becomes available, how will workers voice their genuine desperation? The right to strike should always be available, but should never need to be used. Until this is the case, striking remains the last option for employees that feel indefensible pressure from governments to do a bad job in order to cut costs or fulfil a political agenda.

Take away people’s democratic right to fight for what they believe in, and you should not be surprised when they walk out anyway, regardless of their right to do so.

Stuart McMillan is a freelance writer. He writes about current affairs and music.