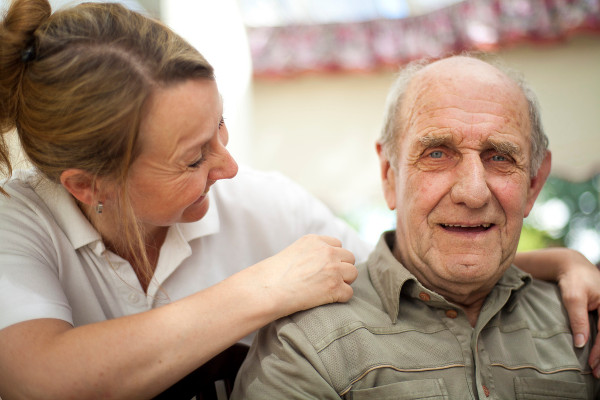 A report released by UNISON today reveals the ongoing suffering of elderly and vulnerable people whose homecare visits have been cut to 15-minutes as a result of government cuts.

Responding to a survey by the trade union, three-quarters of homecare workers said they felt they did not have enough time to provide dignified care for the elderly and disabled people they visited.

61 per cent of homecare workers said the length of the visits meant they frequently had to rush the care of people who were over 90 years old, and were having to skip vital tasks such as washing their clients and assessing changes in their health.

Homecare workers also said they found the limited time they are able to spend with each person ‘distressing’, because many of the people they care for hardly ever had visits from friends or relatives, meaning their visit was the highlight of the client’s day.

One worker said: “Loneliness is the biggest condition most of these people have”

“Homecare workers are often the only face some people see all day, and they are a lifeline – only they can call for help and ensure that the housebound people they care for are fed, washed and well.”

FoI requests by UNISON show that 74 per cent of councils in England are still commissioning 15-minute homecare visits.

This is in contravention of National Institute for Health and Care Excellence (NICE) homecare guidelines which say that ‘homecare visits shorter than half an hour should be made only if: the homecare worker is known to the person, and the visit is part of a wider package of support, and it allows enough time to o complete specific, time limited tasks or to check if someone is safe and well.’

But 57 per cent of respondents said that they had also been given just 15 minutes or less to deliver personal care for somebody they had never met before.

The Association of Directors of Adult Social Services (ADASS) has estimated that councils in England have had to make savings of £1.1bn from their social care budgets in 2015-16, taking social care spending cuts to £4.6bn since 2011.

One Response to “UNISON survey: Budget cuts are robbing elderly people of their dignity”