Heavy-handed Iraq-style occupations are out, but so are Libya-style interventions on-the-cheap 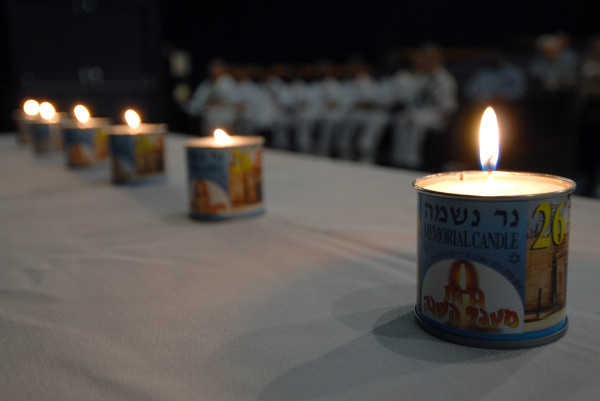 This year, Holocaust Memorial Day (HMD) falls on the eve of another round of negotiations in Geneva that are unlikely to end the war in Syria – the latest case of mass killing that the international community has failed miserably to halt.

HMD has long been about more than just remembering the Holocaust and its victims. The failure of the world to prevent the crime of the Nazis or to come to the rescue of its victims provoked the cry of ‘Never again’. Today, the cry sounds as forlorn as ever.

The cause of intervention to prevent genocide and other mass crimes has had its ups and downs since the twin tragedies of Bosnia and Rwanda in the 1990s made it an issue in international politics.

Then, the discrediting of the international community by its wilful failures to intervene to halt genocide, and of those Western statesmen implicated in the failure, motivated their successors to do better.

Hence, a series of international military interventions to halt atrocities, beginning with Kosovo and East Timor in 1999 and culminating in the saving of Benghazi from Colonel Gaddafi’s forces in 2011.

There were terrible failures elsewhere, including Darfur and Congo. But the unanimous adoption of the ‘Responsibility to Protect’ (R2P) by the 2005 UN World Summit, committing the world to acting to prevent genocide, war-crimes and crimes against humanity even within the borders of sovereign states, seemed to have laid the ghosts of Bosnia and Rwanda to rest.

It was not to be. The hugely unpopular, if not greatly discredited US invasion of Iraq, and the bloodbath that followed it, alongside the apparently unending war in Afghanistan with its tally of US, British and other soldiers killed or crippled, gravely damaged the cause of humanitarian military intervention.

The 2011 Libya intervention was at one level R2P’s finest hour, insofar as it occurred with UN authorisation and genuine international support and achieved its immediate humanitarian goals.

Yet the grubby aftermath, with Libya descending into anarchy, confirmed for many the impression that outside intervention only makes civil conflicts worse.

The global economic downturn and rising tide of Islamophobia have further contributed to a pessimistic, isolationist climate in which calls to intervene to protect Muslim lives, or even Christian lives in Muslim-majority countries, are fiercely resisted.

With world opinion tilting against intervention, Syria reminds us of the terrible cost of non-intervention: over 250,000 dead; a country destroyed; an unending war in one of the world’s most politically sensitive regions; a huge wave of refugees knocking at the EU’s fortified gates; and the emergence of ISIS and a huge new breeding ground for terrorism.

The world desperately needs to reconcile the conflicting lessons of Kosovo, Iraq, Libya and Syria and find a way to deal with crimes of genocide and mass violence, wherever they occur.<

There can be no more Iraq-style unilateral interventions, waged in defiance of world opinion. But nor should intervention depend upon formal UN approval, giving the tyrannical regimes in Russia and China vetoes.

Heavy-handed Iraq-style occupations are out, but so are Libya-style interventions on-the-cheap. Intervention cannot produce a clean slate and peace, prosperity and democracy overnight, nor can it be limited to the purely military, with no thought to post-conflict reconstruction.

Given these dilemmas, it is worth remembering that prevention is better than cure. By 1944, when Auschwitz came within reach of Anglo-American bombers, it was already too late to save most Jewish victims of the Nazis, but 1938, the time of the Munich Agreement, was not too late.

‘Never Again’ is not just a cry for soft-hearted humanitarians or foreign-policy hawks; failure to take prompt action may necessitate costlier, bloodier intervention later on.

Marko Attila Hoare is an historian at Kingston University

27 Responses to “Holocaust Memorial Day: we need to reconcile the conflicting lessons of the the last century”