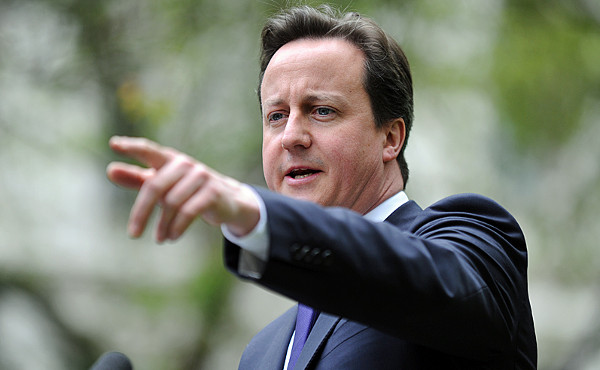 The Clash of Civilisations is underway, and David Cameron is our knight in shining armour. That’s the message of our PM’s latest policy announcement today. Cameron’s focus on Muslim women learning English looks good on the surface, but it’s undergirded with threats, lies and stereotyping that could end up harming the people it’s purporting to help.

Let’s start with the fact that Cameron had no problem axing the budget for non-English speakers to learn the local language (known as English for speakers of other languages, ESOL). As part of the Tories’ swingeing cuts package, they did away with the £45 million for English classes, including peoples’ access to ESOL (estimates suggested around 47 colleges and 16,000 learners would be affected).

To jump in now and blame a lack of English skills on what he sees as an homogeneous ‘Muslim community’ is the height of hypocrisy.

Then there are the unreliable numbers. Cameron put on show his faux concern for women of colour by claiming that 22 per cent of Muslim women do not have good English and that they need to be empowered. But a report from the Muslim Council of Britain last year found that only 6 per cent of all Muslims said they are struggling to speak good English.

While it’s true that your life chances are severely limited if you don’t have a good grasp of English and we sorely need more funding for these language lessons, by amping up the figures, Cameron is attempting to create a climate of hostility towards Muslim men and infantilise Muslim women.

This much is clear in his implication that male dominance and abuse is essentially a ‘Muslim’ phenomenon. As Cameron himself wrote, oppression of women isn’t ‘unique to Muslim communities‘. Misogynists from all walks of life happily give all different kinds of justifications for subjugating women: this is about patriarchy, not Islam.

But quickly brushing over this, Cameron has focussed his policy solely on the ‘Muslim community’ because he’s intent on setting up a doomsday picture in which the so-called Clash of Civilisations is just around the corner.

Just look at his use of the word ‘menfolk’ to describe Muslim men. It conjures ideas of backward, antiquated eras – you know, places where sexism resides. Then he accuses these same men of ‘backward attitudes’, while he cuts money for domestic violence centres that women of all religions, races and ethnicities use, and threatens to deport people who don’t learn English.

Also note how Cameron barely acknowledges the multitude of ways in which Muslim women – some of whom may not have a great grasp of English – have contributed to British society. Muslim women simply become victims, Muslim men are their oppressors and David Cameron is the saviour – a clear ‘us vs them’ scenario.

By aiming all his fire at Muslims the PM has been able to make the spurious claim that without assimilating to his version of Britain and speaking fluent English, Muslims are more likely to ‘slide towards radicalisation’. Here the division between the backwards Muslims and progressive Britons is established. Meanwhile, there seems to be no space for Muslim women to speak for themselves.

No one – bar the David Cameron of two years ago – is saying that people shouldn’t be given the opportunity to learn English – although it is frustrating for people all over the world that because English is the international language of communication, most of the 761,000 English migrants living in Spain aren’t forced to get a good grasp of the native language.

The ‘integration’ Cameron says he wants to achieve is a woolly idea. Too often it’s used to stamp out the vibrant difference that – believe it or not – has a positive impact on community cohesion. Plus, Cameron’s idea of integration doesn’t include protecting people who are attacked for the colour of their skin or for wearing a hijab.

In the prime minister’s strategy there’s no money to deal with the growing Islamophobia Muslim women are subjected to on a regular basis, and that he is most likely fuelling with his divisive politics. Last year Islamophobic crimes rose by 70 per cent in London, and 60 per cent of the people attacked were women.

Though he made reference to it in his article in the Times, while Cameron was waxing lyrical on the importance of empowering women during his media rounds today, this worrying trend didn’t get a mention.

By peddling untrue figures, using loaded language and blaming the Muslim community for their lack of access to the English classes his government took away, Cameron is creating a clever but horrendously divisive narrative that works pretty well for him. It’s of no bother to the prime minister that he’s throwing the Muslim community under the bus and making British society a worse place for it.

45 Responses to “Comment: David Cameron’s plans for Muslim women are the height of hypocrisy”