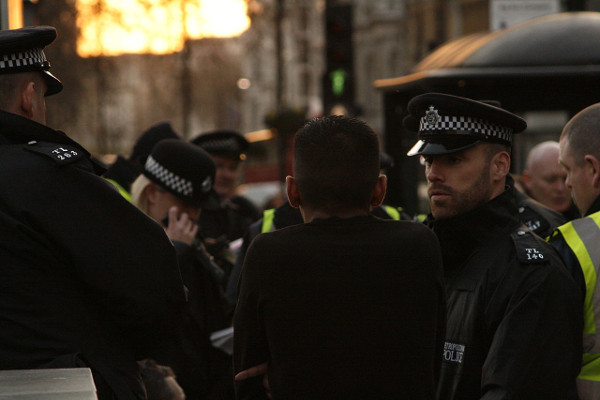 The announcement yesterday that 600 new firearms officers will be trained in the capital is a reflection of the need to adapt to the changing threat of armed terrorist attacks in major cities.

Whilst this is a welcome increase, it’s important to remember that these new firearms officers will only serve to reverse reductions the Met has made in recent years.

Firearms-trained officers are volunteers; they receive no extra pay yet are asked to face some of the most stressful and dangerous situations. As Ken Marsh, the Met Fed London rep put it on Radio 4 recently: “we run towards it while everyone else runs away.”

Since the Paris attacks the question of London’s preparedness for a similar attack has been at the forefront of many people’s minds.

The lessons of attacks in Mumbai and Paris are that the nature of the threat is changing, with multiple roaming armed attacks now a possibility. These kinds of unpredictable tactics involving multiple targets means the Met needs to reassess its capacity to respond.

That doesn’t, however, mean fundamentally abandoning the way we police the capital. In the UK we are proud to have one of the world’s few unarmed police forces and, in all but these specialist teams, we need it to stay that way. With these additional firearms officers around 92 per cent of Met officers will remain unarmed.

The ability to adapt nimbly to changing threats is vital. Prior to Paris, the Met had been expecting the deepest cuts in its history, cuts which would have meant up to 8,000 officers stripped from the capital’s streets. Paris illustrated just how dangerous the chancellor’s plan would have been and his position softened significantly.

Whilst policing cuts have slowed down, we are still awaiting details of counter terrorism funding for the coming year. Early last year counter terrorism operations in London were given some additional money, something the Met had been saying for years was necessary to meet the increasing threat we face.

However Met Commissioner Sir Bernard Hogan Howe wasn’t convinced the new funding went far enough, saying “we certainly were pleased that we received some help, but we did ask for far more.”

The deputy mayor for Policing and Crime Stephen Greenhalgh went even further in his critique, accusing his government colleagues of ‘penny pinching’ and claiming that the shortfall in anti-terrorism funding was a ‘scandal.’

Clearly it’s important to increase the number of firearms trained officers available to deal with terrorist incidents, but that alone is no silver bullet.

Neighbourhood policing, the eyes and ears of the police force, has seen significant cuts in recent years despite it playing an essential role in providing the grassroots intelligence necessary to prevent attacks in the first place.

When the home secretary makes her counter-terrorism funding decision at the end of this month we hope to see acknowledgement of the Met’s unique role in keeping our capital city and country safe.

The government needs to take this issue seriously and stump up the money it has long promised. Counter-terrorism in the capital cannot be done on the cheap.