Alan Johnson argues the democratic Left should be for a radical re-balancing of power and resources. 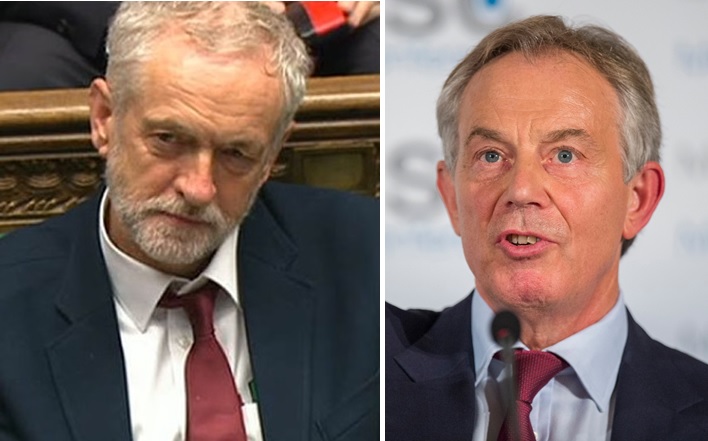 This is the first in a series of articles on the future of the British Left. To read a different view, click here.

What if they are both wrong? What if both the social neo-liberalism of Tony Blair and the ‘Stop the War’ anti-Westernism of Jeremy Corbyn are both inadequate responses to the exhaustion of social democracy in the West from the late 1970s, and the collapse of ‘actually existing socialism’ in the East a decade later? Such, at least, is the intuition of some of us who will launch a new journal of the democratic Left later this year.

A ‘Stop the War’-shaped foreign policy is at best a useless pose and at worst a sell-out of our natural allies – democrats, liberals, feminists, free trade unionists, two-staters. Yes, ‘don’t do stupid stuff’ is a good foreign policy maxim; yes, we should reject ill-conceived neoconservative interventionism of the Iraq kind.

But we remain internationalists and we do not walk by on the other side. Cheering on proxy Islamist forces as Corbyn and Livingstone do is a betrayal of our deepest values – democracy, liberty, anti-totalitarianism, gender, sexual and racial equality, national self-determination, internationalism and human flourishing.

Corbyn says the Islamist terror gang Hezbollah is ‘an organisation that is bringing about long term peace and social justice and political justice in the whole region.’ That is shameful of him. Actually, Hezbollah is currently propping up Assad and starving Syrians to death in the town of Madaya. The warmed-over Stalinism of the pro-Putin Seumas Milne, or Diane Abbott’s rose-tinted apologias for the mass-murdering Chairman Mao, are no better.

We Left-wingers need to accept there if a ‘responsibility to protect’ and we need to forge international alliances with governments and civil society actors so that we can make good on that commitment without ‘doing stupid stuff’.

We need a Left that will revere the French anti-Nazi and pro-European socialist Leon Blum, not the vicious antisemitic thugs of Hamas. We need a Left that reads Michael Walzer’s essay ‘What is Left Internationalism?’, not Socialist Worker and Mao’s Little Red Book.

But the Corbynistas get something right. And it’s something existential, for any democratic Left. Simply put, the results are now in: ‘social neo-liberal’ or ‘third way’ economic and social policies have failed to offer a genuinely progressive response to the ills of neo-liberal global capitalism.

Namely: deregulation, the unshackling of anti-social corporate power and spread of environmental degradation; financialisation, a new age of greed, the banking crisis and austerity; privatisation, the decay of the public realm, the collapse of social housing, the spread of social cruelty, the spectacular rise in inequality and the fraying of the commons; the assault on trade union and workplace rights; and the rise and rise of a crass bottom-lineism, a possessive individualism that is slowly coarsening the culture, creating a one-dimensional world in which our potential for rich individuality and co-operative sociality is strangled.

Faced with those ills, Corbyn’s supporters are crying out: ‘Let us be Social Democrats!’ But are the rest of us really listening? If the democratic Left is not for a radical re-balancing of power and resources – global social democracy – then it will die and it will deserve to die.

There is simply no meaning to a Left today that does not – as the inheritor of the promise of the enlightenment and the democratic revolutions, and as universalists standing for the ‘planetary humanism’ of Primo Levi and Paul Gilroy – believe in a radical economic policy that challenges the untrammelled and destructive power of global capitalism.

An open online journal of ideas for people who want to explore a terrain beyond Blair and Corbyn will open its pages to serious thinking about two big ideas: Left internationalism and global social democracy.

We believe these two ideas should form the political horizon of a renewed social democracy in the 21st century. It’s a long term intellectual project, (the journal won’t be commenting on the latest sacking from the shadow cabinet).

Yes, these two big ideas are no more than signposts on the way toward a serious social democratic alternative to neo-liberalism and ‘Stop the War’-ism. Granted. And building an electoral coalition able to deliver them will be hugely difficult. Of course. But as I wrote in World Affairs last year:

“we democratic Leftists now know more than enough about the two roads travelled by the Left in recent decades – one marked ‘social neo-liberalism’ terminated in us being ‘intensely relaxed’ about people getting filthy rich, the loss of millions of working-class votes [and the victory of Jeremy Corbyn, we can now add]; and the other, marked ‘anti-imperialism’, ended in a reactionary cult proclaiming ‘We are all Hezbollah now!’.”

The road we have not taken is global social democracy: democratic, egalitarian, internationalist, and liberal. We should take that road, even if, like the poet, we cannot yet look down it far.

31 Responses to “Comment: Neither Corbyn nor Blair, but global social democracy and Left internationalism”