Too many Democrat-leaning commentators are calling out Sanders for being light on detail, conveniently forgetting how lax they were on Clinton/Obama’s healthcare reforms 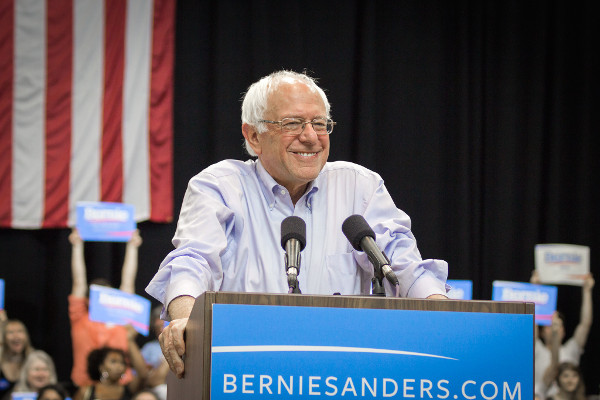 During the Democratic nomination contest between Bernie Sanders and Hilary Clinton, both have been accused of being sparse on details for particular policy positions.

Clinton, struggling to convince Democratic core support that she will stand up to Big Finance, has often been criticised for evading questions regarding Wall Street and the concept of Too Big To Fail, while Sanders’ position on a single-payer health system has been routinely fisked and lambasted for being low on detail.

One particular part of Sanders’ healthcare position subject to special attack in recent days is on abortion and a women’s reproductive rights. Though not so much for his lack of detail, but because of some other reason: something I struggle to dignify with an actual term, but what essentially boils down to what Freud termed the narcissism of small differences.

I’ll demonstrate by way of example. Recently Jessica Valenti, a good columnist for The Guardian in the US, penned a piece accusing Bernie Sanders of delivering only ‘platitudes’ about the abortion debate.

Acknowledging how heated this debate in the US has become, and how ‘abortion is becoming legal in-name-only’, because of the impact anti-abortion activities are having on access, she notes that Sanders must do a lot more than sloganeering when pushing his position on such a sensitive subject.

“Sanders, who has an excellent record on women’s rights, seems to want voters to trust that his presidency will be good for reproductive rights simply because he is pro-choice.

“But this issue necessitates discussion that goes beyond being “for” or “against” abortion: the intensity at which reproductive rights are being attacked requires leadership that is detailed and full-throated.”

At face value, I understand this opinion: by simply saying I fall on one side (pro-abortion) and not the other (anti-abortion) you fail to challenge the detail of the controversy; women’s health, reproductive rights, funding Planned Parenthood and the socio-economic environment that these arguments all fall under.

But as Valenti says herself, Sanders has an excellent record on this issue. Perhaps more than she realises.

According to NARAL Pro-Choice America, which for over thirty years has been the political arm of the pro-choice movement and a strong advocate of reproductive freedom and choice, Sanders scores 100 per cent on pro-choice voting record.

Similarly, the National Right to Life Committee (NRLC), put Sanders on 0 per cent in their score of how Pro-Life a representative’s voting record is (anything from 0-15 per cent counts as unambiguously Pro-choice according to the group).

It should be noted that in spite of Hilary Clinton having once pointed out that ‘the idea of choosing to abort a child she had conceived would have been totally out of character and at odds with her own values’ she scores the same with both organisations.

Specific details from ontheissues.org regarding Sanders’ position include:

“My position is that a woman’s decision whether to have an abortion is a private one, and that this principle must hold true for all women, regardless of income.” (Source: Outsider in the House, by Bernie Sanders, p.159 , Jun 17, 1997)

His voting record shows the following:

In 1993, Sanders co-sponsored a bill protecting the reproductive rights of women:

To clarify his position again recently:

“As President, and as someone who has a 100 percent pro-choice voting record in Congress, I will do everything that I can to protect and preserve a woman’s right to an abortion,” Sanders said in a statement.

And for good measure:

“The current attempt to malign Planned Parenthood is part of a long-term smear campaign by people who want to deny women in this country the right to control their own bodies.”

Failing to acknowledge Sanders’ opinion wouldn’t be such an issue, but too many Democrat-leaning commentators of late are calling out Sanders for being light on detail, conveniently forgetting how lax they were on Clinton/Obama’s healthcare reforms.

We mustn’t forget that primaries are not exactly known for being information-heavy, and I’m very suspicious of the motives of any commentator who singles one individual candidate for being info-light during this time. After all, it’s the season of pithiness.

In any case, Sanders’ position could not be clearer. People like Jessica Valenti need to get their priorities in order.

Carl Packman is a contributing editor to Left Foot Forward and the author of Loansharks:The rise and rise of payday lending