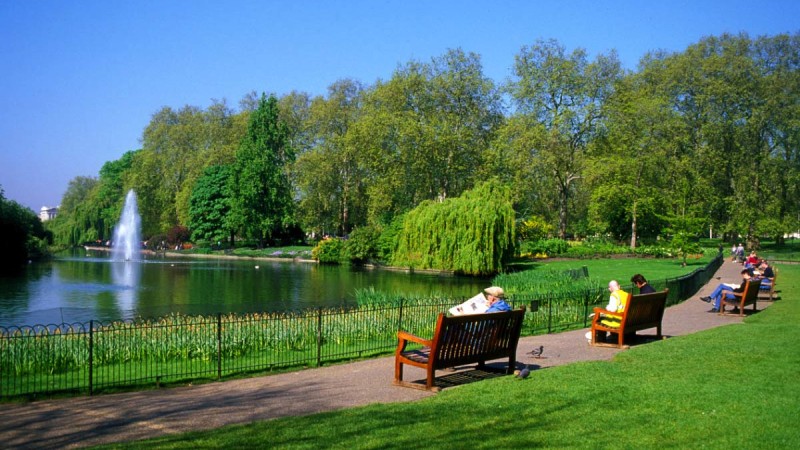 Our urban parks will get extra use in the days after Christmas, as children ride their new bicycles and adults take exercise to counter their Christmas excesses. But the future of urban parks as attractive and well-used public spaces is under threat. Their future is endangered by cuts in public spending, and a preference for funding grandiose vanity projects.

The details of the local government spending settlement was announced last week. It was much as expected, after the chancellor’s autumn statement. But the reality is now clear, with the Local Government Association calculating that councils will have lost 64 per cent of their grant funding between 2010 and 2020. Already, many council leaders are preparing the public for further closures of children’s centres and libraries.

Sports, cultural and leisure services will fare particularly badly as they are seen as less essential and more of a luxury ‘add-on’ to more basic council services. Already, councils have cut much of expenditure on parks, leisure centres, sports provision, libraries and other arts and cultural activities. English local authorities spent £2.7 billion on cultural services in the last financial year, when any income for these services was taken into account. This compares with £3.7 billion in 2010-11.

Public parks are particularly at risk. Victorian philanthropy has left the UK a legacy of some of the greatest urban public parks. After two decades of neglect in the 1970s and 1980s, parks experienced a renaissance through funding from the Lottery and the growth of ‘pocket parks’ in housing regeneration projects.

Today, about 34 million people use public parks on a regular basis – nearly 60 per cent of the population – for a wide range of activities that include walking, picnics, sports and simply meeting friends. Some 83 per cent of families with children aged five or under visit a park at least once every month, far more than use children’s centres.

Parks help us to stay fit and healthy. An attractive public park also frames the character of an area, and brings different sectors of the community together, improving social cohesion.

Research undertaken last year by the Heritage Lottery Fund showed that extent of cuts since 2010. Some of the poorest councils have experienced cumulative cuts to park budgets that average out at 25 per cent between 2010-11 and 2013-14. Liverpool City Council, for example, cut 50 per cent off its park’s budget of £10 million.

Both capital and revenue spending on parks has been affected. But without adequate maintenance, parks become neglected, vandalised and unused. Many councils have put up charges for using park facilities, thus excluding those on lower incomes. Management and maintenance skills are being lost, and some parks and green spaces are also being sold off completely.

Arguably, a preference for high profile project has diverted public and private money away from local parks, leisure and cultural services. The planned Garden Bridge on the Thames will use £60 million of public money. A new symphony hall to replace the Barbican will cost about £300 million. While the Garden Bridge looks beautiful, the money might be better used on local parks both within and outside the capital.

There is a growing body of research that attempts to quantify the economic value of public parks, in relation to health, wellbeing, social cohesion and biodiversity. It shows that there is a return on investment in green space through reductions to obesity, depression and crime and improved air quality.

Those of us who are regular park users know of their value. But it is time that we stood up and made the case for public parks, both large and small. We need to tell central government about the importance of public green space in family lives. Without an active campaign for parks, their future is threatened and post-Christmas scenes of children on new bicycles may be a distant memory.