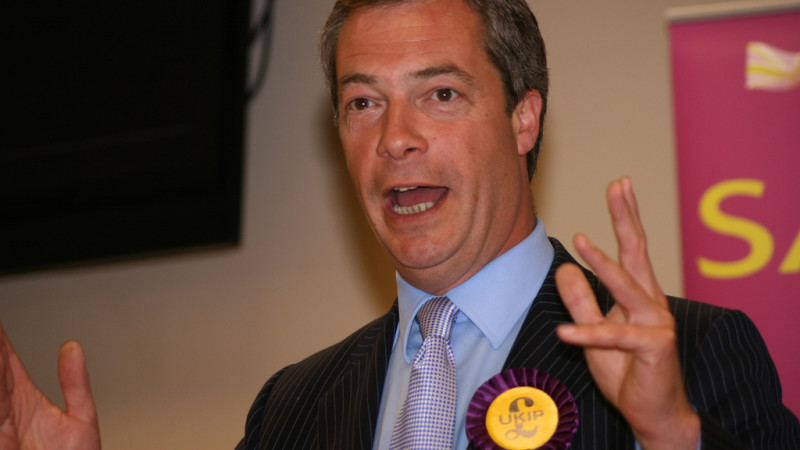 Populism in Italy and the UK is often associated with – but not limited to – the Five Star Movement (M5S) and the UK Independence party (Ukip), who are back in the news today. The two set up an anti-EU alliance in Strasbourg’s parliament. Both parties are very open about wanting consensus from right and left voters.

Nationalistic Ukip want the survival of the NHS: a typically leftist stance. Modern, self-proclaimed anti-establishment parties portray themselves as straddling traditional boundaries. Such distinctions are a thing of the past, Ukippers say, an affirmation also uttered by M5S. (Their alliance, filled with far-right players, suggests a different story.)

No more right. No more left. Onwards with change, that’s what matters; or so they maintain. And it’s not just M5S and Ukip, but other major outfits too.

Change is always the word. Everything’s got to change, populists love saying. But who would argue against that? Everything changes, and so does politics. In fact, everyone agrees politicians should be replaced regularly to avoid careerism.

But to say that things have changed so much as to make any distinction between right and left irrelevant is farfetched: does this claim help populists sound balanced and therefore acceptable to a wider audience? Change has to take a certain direction and electors need to know who they’re voting for. Consistency in politics is still a principle.

So what’s unprincipled politics then? Is it perhaps populist, erratic like the wind, taking you where it blows, and back again, in the opposite direction? Are there any limits as to how flippant political populism can be?

Contemporary populism is in a way the grandchild of Trasformismo, an old Italian invention, a method of changing alliances to form stable governments or workable policies; consistency matters, but in a skewed way.

‘Trasformistas’ are in fact willing to form alliances with anyone to keep their party in power. Even today, in Rome’s parliament you can see individual prodigious turnarounds still at play.

Personal interest is everything. There are of course good politicians who resist obnoxious careerism, making politics still worth being interested in. Our hopes lie in these people, often working in local politics, for whom serving the public is sacred. We’d otherwise live in total chaos without them.

Nevertheless, many only want to advance themselves. Representing voters becomes a peripheral matter. One of them appears to be Florence’s mayor Dario Nardella, a close ally of prime minister Matteo Renzi, a former Florentine mayor himself. Their Democratic Party (PD) – a Labour EU ally – is supposed to be centre-left, but many members including Renzi would rather not describe as such.

At a recent party, Nardella reaffirmed Renzi’s mantra: “Our formula is the one-nation party.” Nardella referred to a new juxtaposition: a conservative, populist block on one side facing another in which PD would play a pivotal role “speaking the language of change.” When asked where government coalition partners New Centre-Right party would lie, Nardella was quick to reply: “It’s not a question of making names, any citizen in Italy has the right to take part in this line-up.” The populists are always the others.

A one-nation party then? Unlike the UK, Italy doesn’t enjoy stable governments. It’s had nearly seventy since the end of the war. Yet the notion of a one-nation party brings to mind not just more stable executives, but also memories from an earlier past.

Too often neo-fascist thinking, talking and celebrating have found their way into the public of contemporary Italy: one-nation formations can make the dissenting many cringe and wish for change too, but not in a populist way. Toppling a government for being useless is a right. It just doesn’t have to happen that often. Take it away – the theoretical possibility of being able to remove a government, without having to wait too long, but not to necessarily do it at every single crisis – and you take away something fundamental: freedom.

Labour MPs Chuka Umunna and Jonathan Reynolds’ recent call for changing the first-past-the-post electoral system goes in the right direction: British one-nation parties could become a bit less so. But why such a call for change now? Is this populism too?

13 Responses to “Populism: a cover up for inconsistency and personal interests”