The poorest families in Scotland face the prospect of being more than £800 a year worse off as a result of the Chancellor’s plans for spending and benefits. 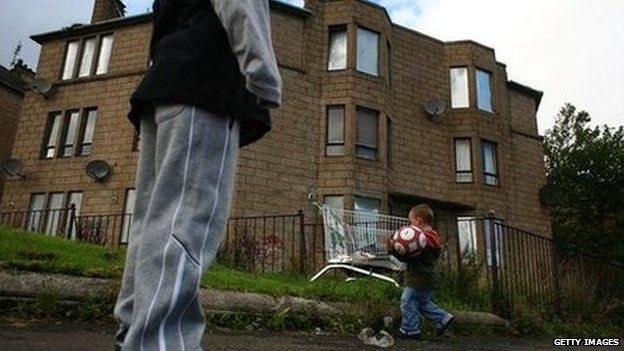 The poorest families in Scotland face the prospect of being more than £800 a year worse off as a result of the Chancellor’s plans for spending and benefits.

As the Scottish Government’s Finance Secretary, John Swinney, prepares to deliver his budget plans tomorrow, the analysis by IPPR Scotland has assessed the cumulative impact on Scotland of announcements made in the Summer Budget and the autumn statement last month.

“The poorest households in Scotland are facing a double whammy of cuts to benefits and potential cuts to public services in Scotland.

“At the same time, the UK Government’s spending decisions will see significant cuts to spending on public services in Scotland.

“Our calculations show that, for Scotland, departments outside of health, affordable housing and childcare could see cuts of over a tenth, leaving a shortfall of around £1.5 billion per year by 2020. From April next year, these non-protected departments could be facing cuts of over £400 million in real-terms.”

The findings come as the Scottish Commission on Local Tax Reform, established jointly by the Scottish Government and the Convention of Scottish Local Authorities (COSLA) has called for an end to the unfair council tax system.

Whilst the report does not recommend any one particular replacement, it does outline three potential solutions aimed at informing next year’s elections to Holyrood which would bring in a similar amount of money to the £2 billion currently collecting in council tax. These are:

“The predominant view of the Commission is that Local Government’s tax base should, if it could be proved feasible, be broadened to include income. Income is widely perceived to be a fairer basis on which to levy a tax, although a locally variable income tax presents substantial administrative challenges.”

The Commission’s findings come as the Finance Secretary looks set to freeze council tax for the ninth year in a row.