263 tall buildings over 20 storeys have been proposed, approved or are being built across the capital 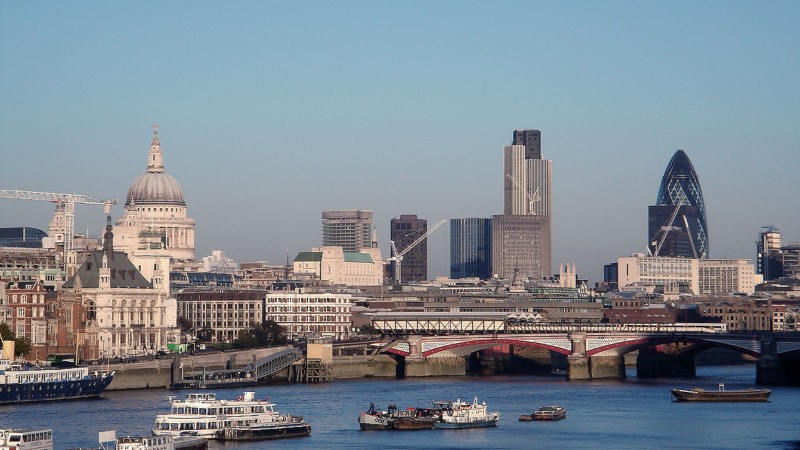 In the past fifteen years, a new tradition has formed in London: coming up with the most creative nickname for each new skyscraper to grace the city’s skyline. Bring up 20 Fenchurch Street and you’ll be met with blank stares, but call it the Walkie Talkie and there will be instant recognition. The rather unimaginative official designation of 122 Leadenhall Street is much better known by the moniker The Cheesegrater, and The Gherkin has become a name known round the world.

It is therefore no surprise that the newest addition to the City has been given a nickname before the ink has dried on the drawings: 1 Undershaft, a proposal for a new office block in the heart of the City, has already been dubbed ‘the Trellis’ thanks to its resemblance to the ubiquitous panelling found in back gardens across England.

The Trellis will certainly make its mark on the City of London. At 73 storeys and 309.6 metres, the building will approach the height of the Shard located across the Thames, currently the tallest building in Europe. It has been designed by the London-based and well-regarded architect firm Eric Parry Architects for Singapore-based developer Aroland Holdings.

A glass structure criss-crossed with gigantic gartered bracing, topped with a public viewing gallery and tailed with a public square underneath an elevated lobby, it remains to be seen whether this new proposal will find its way into Londoners’ good books or make it onto the naughty list.

The one thing for certain about the design is that it is in the right place. Situated between the Cheesegrater and the Gherkin, it is at the heart of the cluster of tall buildings internationally recognised as the skyline of 21st century London. It conforms to the City of London’s planning policies, which permits tall buildings on suitable sites.

It conforms in particular  to the Eastern cluster where tall buildings of world class architecture can be built whilst adhering to the principles of sustainable design, conservation of heritage assets, and taking account of their effect on the wider London skyline and protected views. The Trellis has found a piece of London where a tall building, if designed with sensitivity to the unique heritage of ancient London at street level, feels appropriate.

Unfortunately, there are a rash of tall buildings going up across London where this is not the case. Research released earlier this year from New London Architecture found 263 tall buildings over 20 storeys had been proposed, approved or were being built across the capital. Whilst the majority are residential, many fail to provide much-needed housing for Londoners. Instead the focus is on luxury apartments, designed to serve as safety-deposit boxes for wealthy foreign investors.

Furthermore, many of these new tall building are not in the right place. Away from the clusters found in the City of London and Canary Wharf, misplaced tall building across London uneasily ascend into the sky, completely at odds with the character and context of the surrounding areas.

In my constituency of Brent and Harrow, the well-established and historic suburban characters of local neighbourhoods have not been given a second thought by developers rushing to put up monstrosities like the Hendon Waterside development that will tower over the previously pristine Site of Special Scientific Interest status Welsh Harp site.

My experience of Outer London shows the local communities tend to reject out of hand tall buildings (anything over ten to fifteen stories) due to the concerns about loss of local views and detriment to the suburban character. With enhanced planning powers given to the new Mayoral Development Corporations (MDCs) such as at Old Oak Common this is a particular anxiety. What nobody wants is for these MDCs to take an automatic assumption in favour of a proliferation of towers without regard for the local surroundings.

We need stronger planning policies across London to make sure that tall buildings make a positive contribution to our city and our skyline by meeting the right needs, adhering to London’s unique character and identity, and of course being in the right locations.

A number of common-sense reforms – including establishing a skyline commission, made up of a panel of design experts to offer advice and carry out reviews, developing more rigorous master planning processes, and requiring all developers with proposals for tall buildings to consider alternative building configurations – have been proposed by the London Assembly.

Unfortunately, these proposals have only been met with outright rejection from the mayor.

This is an issue important to Londoners because it affects the very shape of London itself. Whether or not Londoners welcome the Trellis remains to be seen, but the new proposals will undoubtedly place the future of London’s skyline well and truly back onto the agenda. With this in mind, there’ll be no slack for any future mayor prepared to sit idly by and watch Outer London be transformed into Dubai-on-Thames.