If properly managed, diversity could present one of the UK's greatest opportunities 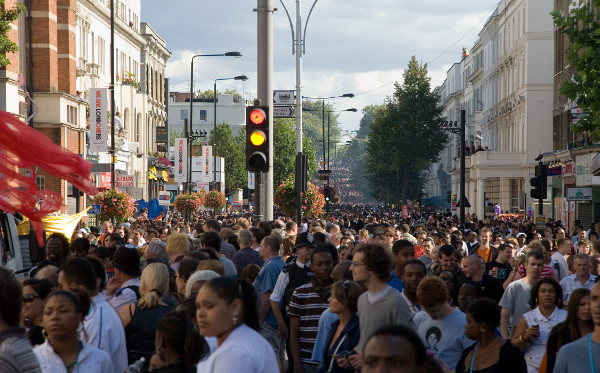 According to predictions released by the ONS last week, Britain’s population is predicted to rise by almost ten million over the next twenty-five years. Half that rise will be due to immigration, the other to population growth.

Given the patterns of migration we’ve seen over the past few decades, it will come as a surprise to no-one that Britain is becoming significantly more diverse. That is set to continue. Waves of immigration over the past twenty years have brought people from almost every corner of the world to Britain, from economic migrants from Europe to those fleeing conflict in the Middle East and Africa.

Despite the government’s focus on bringing the net migration figure down, this process is not going to stop. Even without immigration, the face of Britain will keep changing: over a quarter of births in 2013 were to mothers born outside the UK. Communities with their origins in the Caribbean, India, Pakistan and Bangladesh are now well into their third and fourth generations.

Given our birth rate and migration patterns, Britain is in the midst of a period of significant demographic change that looks sure to continue for decades into the future.

As Britain diversifies, so too do experiences of diversity. Historically ethnic mixing was confined to the inner cities.  That has changed. Some local authorities, particularly in London, have a long history of migration and are now ‘super-diverse’, home to huge varieties of ethnic groups.  Other parts of the UK have retained their ethnic homogeneity and still see very low levels of migration.

In between, different areas are changing at different speeds: some have seen very rapid immigration from one country, others like Slough and Luton have become more plural, while towns like Bedford have experienced successive waves of migration.

Everyone knows that immigration and diversity can pose challenges as well as bring benefits. So we should look to those areas where change is already underway to learn the lessons.

A report by IPPR and Coventry University published this week looks at the different models of diversity springing up across Britain. It finds that in towns that have experienced high levels of migration over several decades, diversity becomes ‘normalised’ over the years. Focus groups with residents show that people come to feel at ease with diversity and see immigration as a fact of life.

The development of infrastructure that caters for a diverse population, along with greater contact between residents as communities put down roots, leads people to see diversity more as an asset than a liability.

For example, Luton was the birthplace of the English Defence League in the early 2000s with significant hostility to immigration; by 2015 support for anti-immigration parties had fallen to the national average. In Slough, which once had significant inter-community tension, the council now advertises its diversity as a key part of the town’s identity.

This tells us that immigration is a process, and one that people can adapt to. That becomes harder when the pace of change is rapid and public services do not keep up. Boston, a medium-sized town in Lincolnshire, saw an almost five-fold increase in immigration between 2001 and 2011, mainly from Central and Eastern Europe.

Such high levels of migration can be difficult for those who have lived there for years: it can take much longer to get a doctor’s appointment, for example, and residents suddenly encounter strangers speaking a variety of languages. Support for UKIP tends to be strongest in areas that have suddenly seen sharp increases in immigration from a low base.

The trend of diversity is one of Britain’s greatest opportunities. Not only because it can enrich our culture and bring new talent and energy to our towns and cities. The IPPR-Coventry report shows that, where public services are well equipped to respond to the pressure of new migrants, they can harness the population changes to bring down NHS waiting times and drive up school standards.

An ageing society like Britain’s will need migration to plug skills gaps, particularly in healthcare. Foreign students bring huge funding streams to our universities. The key will not be resisting these transitions, but managing people’s experience of them. Some observers predict that the diversity boom could be as significant to developed countries’ economies as the baby boom was.

The different experiences of diversity across Britain mean there is a clear role for government to smooth and manage the transition. The government should use the promised Controlling Migration Fund to help those areas experiencing rapid demographic change, funding extra public services and projects to help communities integrate.

Priority should be given to areas which do not have much history of immigration, and those which experience high levels of temporary migration. And it should make sure its policies encourage people to put down roots. It takes time for communities to become comfortable with each other; transient groups passing through can cause tension.

Councils have a role too. They should make better use of data and best practice to prepare for greater diversity. All the signs point to a diversifying population, so it shouldn’t strike towns like a thunderbolt.

Councils should factor anticipated immigration into their planning, both to meet the challenges of increased demand and harness the opportunities of more skilled workers in the labour market. They should take steps to foster community cohesion, including by talking to the local population about their predictions and how they plan to respond.

Immigration and growing diversity bring huge opportunities for Britain. But the social change we are experiencing – which is not going to stop – brings risks too. We need to face up to the reality of greater ethnic diversity and higher rates of migration and respond to the challenges and tensions it can pose.

Get it right, and Britain can minimise the challenges a changing population can bring while exploiting the opportunities. Get it wrong, and communities will feel powerless and angry.

Chris Murray is a research fellow at IPPR